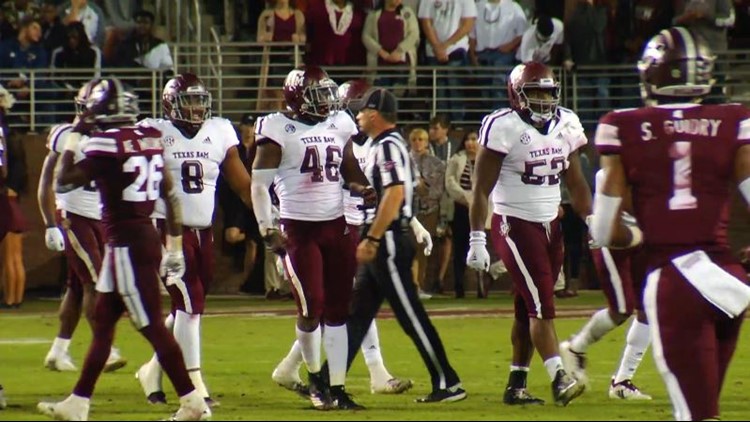 Almost 20 players across the country have decided to skip their team's bowl game to begin preparing for the NFL Draft. Heck, two of those guys play for North Carolina State who is Texas A&M's opponent in the Gator Bowl.

The Aggies meanwhile are bucking the recent trend as every healthy player will suit up in Jacksonville. A&M seniors along with the rest of the team are determined to finish off 2018 on a high note and earn the programs first bowl win since 2014.

A good showing against NC State would help the draft stock of Aggie seniors Landis Durham and Keaton Sutherland. But, they both will get one more chance to impress NFL scouts and personnel in the 94th East-West Shrine game.

Along with Sam Houston State standout Derek Roberson, Durham and Sutherland have accepted an invitation to the annual showcase which takes place January 19th in St. Petersburg, Florida.

Roberson racked up a Bearkat single season sack record 15 sacks this year. The All-American also added over 20 tackles for loss.

Durham meanwhile leads A&M with 6.5 sacks this season. This comes after the defensive end racked up a team best 10.5 sacks in 2017.