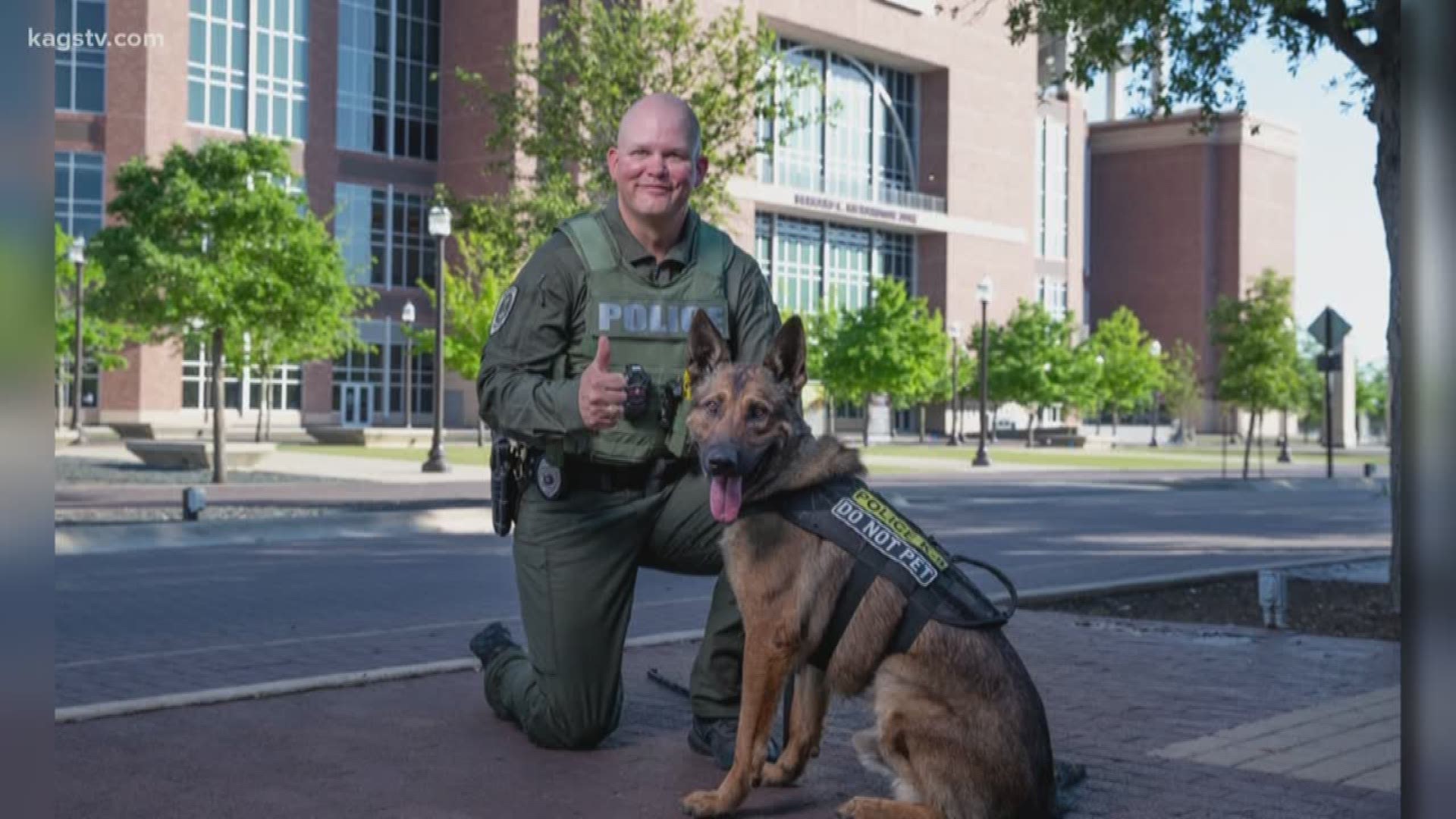 K-9 Tyson is an eight-year-old German Shepherd and joined as one of the first canines in the program's history back in 2017.

"I am grateful for K-9 Tyson's service to the Texas A&M community and for making Aggieland a safer place," Texas A&M Police Chief J. Mike Johnson said in a statement.

K-9 Tyson will spend his retirement living with his handler Officer Clay Crenshaw.