Samalis Santini has been working on this NASA rover project for the last four years. And it is not over yet. 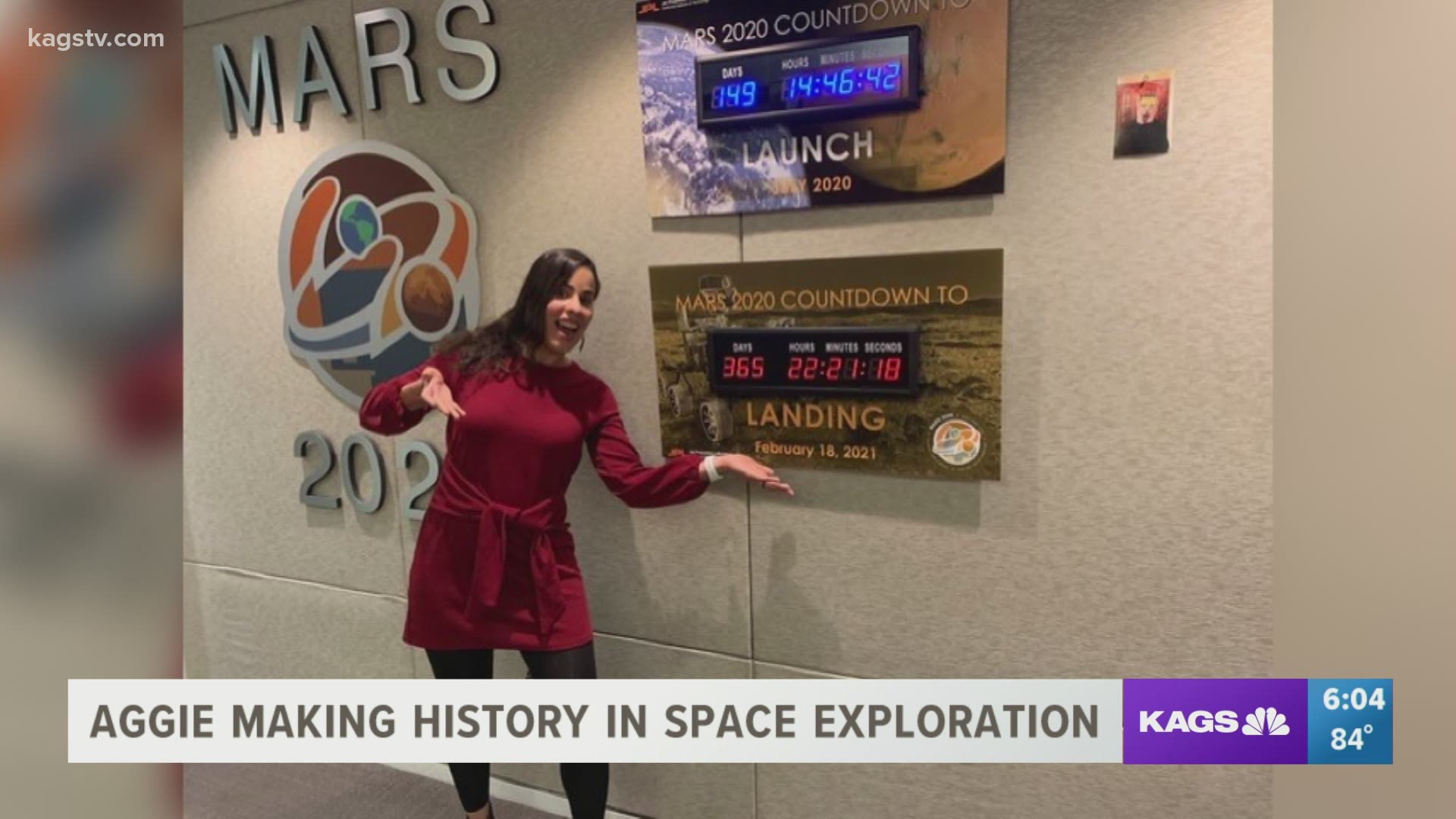 COLLEGE STATION, Texas — Aggies continue to create history, even in outer space. Just a couple of months ago, NASA's mars 2020 Perseverance Rover successfully landed. One Aggie, with a huge passion for space, contributed to this milestone for space exploration. Texas A&M Ph.D. student Samalis Santini has been working on this NASA rover project for the last four years and it is not over just yet.

“My job with the whole perseverance ends when it actually touches the ground,” Santini said.

Santini is a NASA science and technology research fellow and has been working with NASA and the Jet Propulsion Laboratory to understand entry descent and landing simulations.

“I think when I started, the team was getting preparations for selecting the landing site, there were four candidates this time, so four years ago I started with them and if I’m not mistaken, the plan is to send the second phase of the mars sample will return by 2028 I believe so at some point, in the 2030s, I hope we can get some samples back from mars”

She said because experts can’t test things on earth that are going to mars, Santini and her team have been running numerous simulations to prepare for landing day.

"Because the system is so complex, you have to analyze over 15 thousand variables with one simulation, so my job was to how to use ai to help the experts analyze and it’s starting with analyzing everything from when the vehicle approaches Martian atmosphere to when it touches ground,” Santini said.

One of the largest challenges moving forward is that technology may have reached its limit when it comes to landing.

“We landed a one time rover on Mars but now we’re going to see a lot of challenges on how to land a habitat because these require new technologies that can be tested on earth as we wish they could so I think a lot of these analysis methods, a lot ai and interdisciplinary work will be really important in helping these future missions succeed.”

Santini will be working at Johns Hopkins applied physics lab in Maryland after she graduates this year, further proving that the sky is the limit in her line of work.