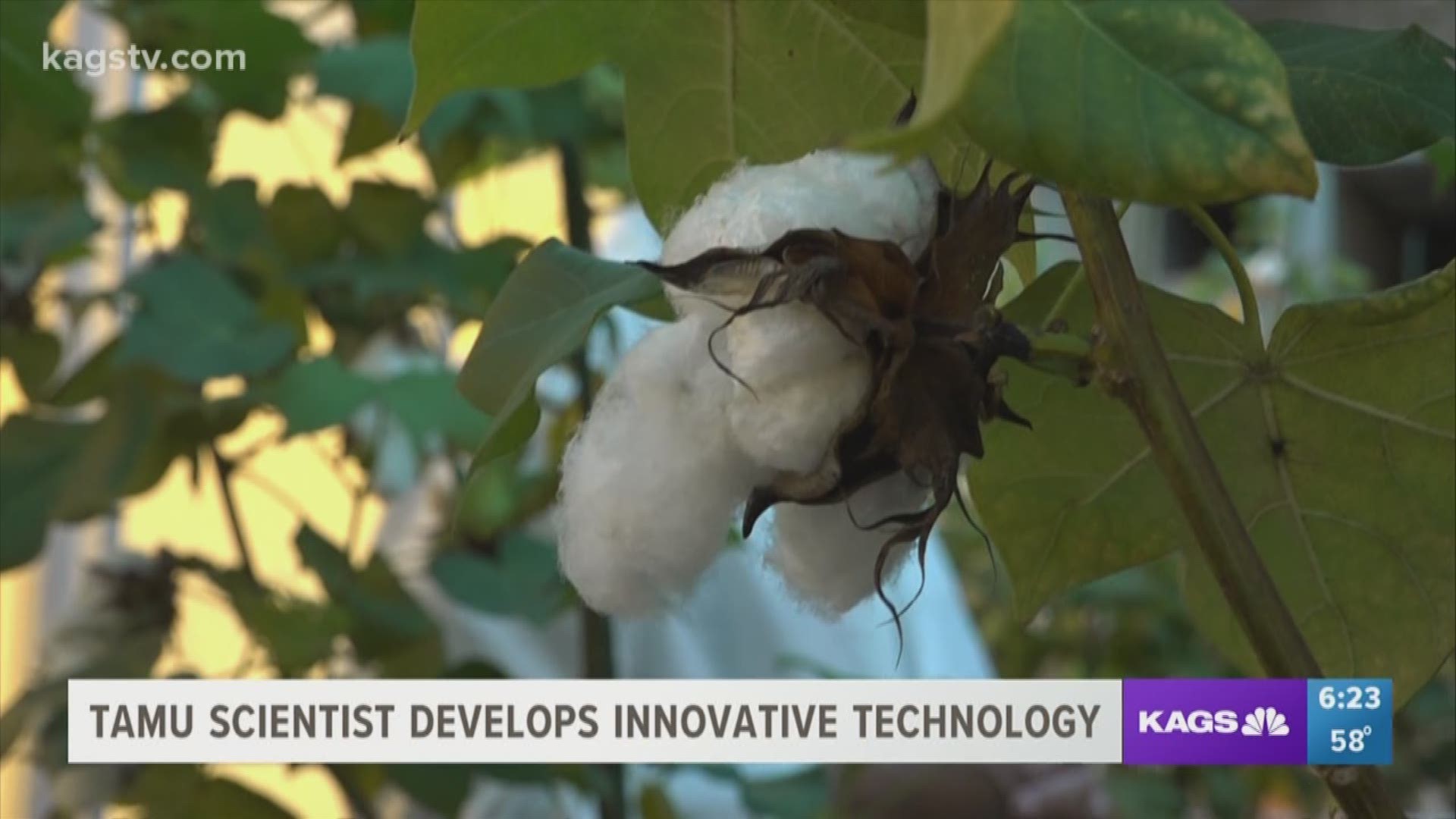 COLLEGE STATION, Texas— It’s a crop produced across the state that’s built into every fiber of the Texas agriculture.

And now, thanks to decades of research at Texas A&M University, the cotton plant will have a global impact---one that has life-saving potential.

It started as a dream, conceived from a harsh reality.

“My father was a doctor in rural parts of India, and I've seen the effects of malnutrition and hunger firsthand,” said Texas A&M scientist, Dr. Keeri Rathore.

“So, that’s the reason I chose to do this sort of work,” he added.

Rathore set out to find an answer, and after 23 years of research, he found one—in the most unlikely source.

“We can meet the basic protein requirements of five to six million people using the seed of the protein that’s present in the cottonseed,” said Rathore.

Rathore developed a breakthrough that will have a major impact on Texas agriculture.

He explained that humans cannot eat cotton seed because of gossypol which acts like a suit of armor, protecting the plant from predators.

Gossypol is also toxic to humans and monogastric animals.

“We removed the toxin from the seed,” said Rathore.

Thus, transforming the cotton plant from fiber to food source.

“Now the seed is safe enough for people to eat directly or at least feed it to some single-stomach animals such as poultry, pigs, or fish,” said Rathore.

On Tuesday, the USDA approved Rathore’s modified cotton seed for animal consumption, and he said he hopes the FDA follows suit.

It’s something that has the potential to solve the global problem of malnutrition and hunger.

“One cup of cotton seed kernel has as much protein as ten eggs,” said Rathore.

If the FDA approves Rathore’s cotton seed, he said we could see it in everyday items at our local grocery store.

“This protein can now be incorporated into say, protein bars, and those protein drinks that people now are drinking,” said Rathore.

It’s an innovation that could help feed millions, while also increasing the value of the cotton plant.

The project is co-sponsored by Texas A&M and Cotton, Inc., an organization that Rathore said is supported by cotton farmers.

“We’ll be able to support farmers and their effort to grow cotton. So, the cotton crop will become even more sustainable with this technology,” said Rathore.