One Texas A&M student is speaking publicly on her displeasure with the university's handling of her sexual assault case. 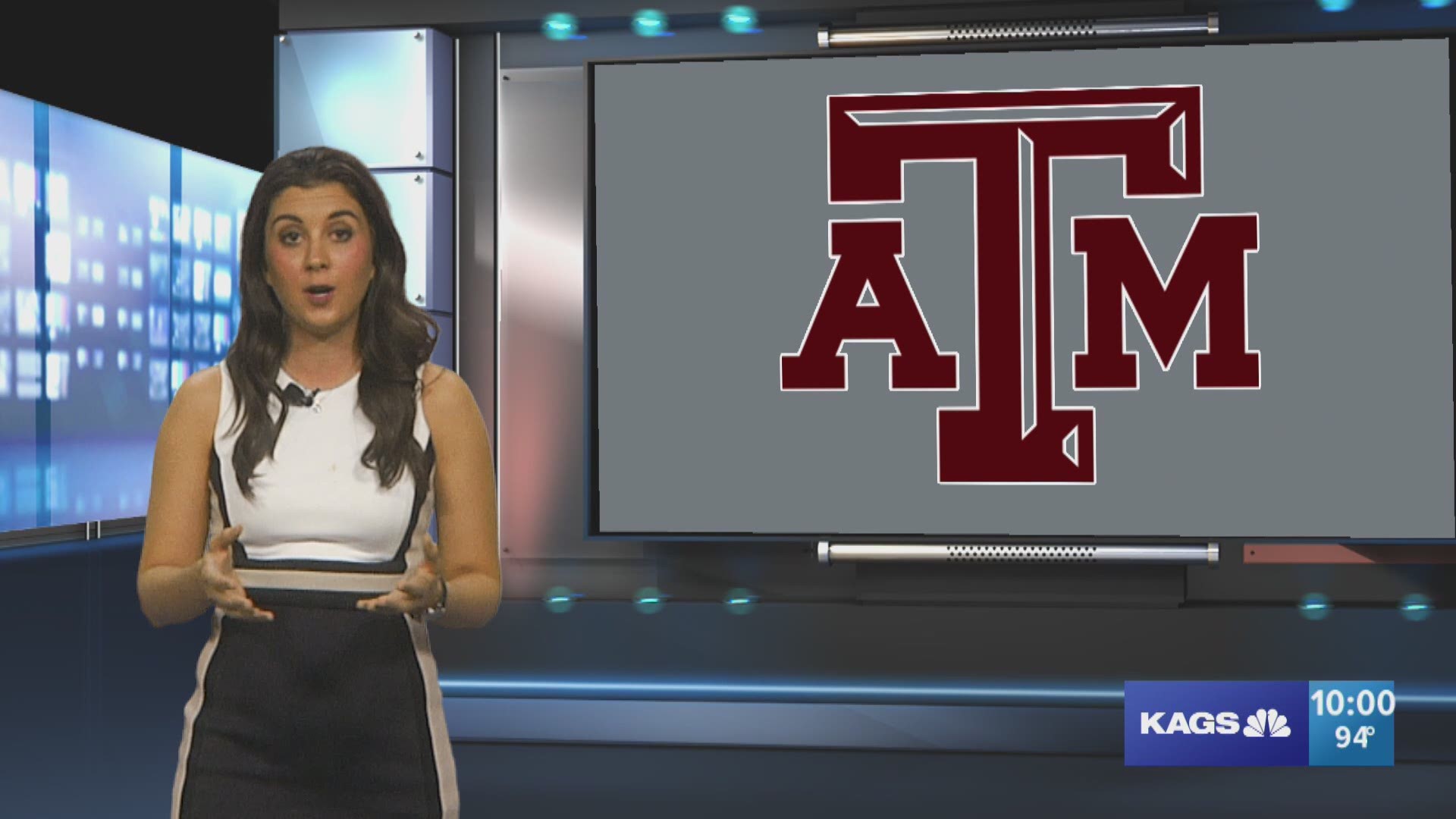 COLLEGE STATION, Texas -- After posting a thread of tweets online, one Texas A&M student is voicing her displeasure with the university and the way they handled her sexual assault case.

Hannah Shaw posted on Twitter that she was "Unhappy that the man who r*ped" her is back on the Texas A&M Men's Swimming and Diving team. KAGS does not normally post the name of victims of sexual assault, but Shaw has come forward publicly. The name of the athlete will continue to be left out since criminal charges have not been filed.

Shaw alleges that in September 2015, she matched with her alleged rapist on Tinder and that evening willingly went over to his apartment. She said she began to consent, but the alleged athlete began to "disregard" her wishes.

"He violated me in a way that I didn't want to be touched," Shaw said.

Shaw said that she told him no, but he restrained her wrists.

"I tried to pull away from him, but he held my wrists down," she said. "After that, I just really don't remember more than just how scared I felt. I just knew how far away the door seemed and how much bigger than me he was. I was scared of him hurting me."

Shaw said that she did not initially report the incident to the police because she was too ashamed.

"I knew what had happened was wrong and I knew that I needed to talk about it," Shaw said. "I thought there was a part of me that thought maybe he didn't realize what he had done, or maybe I was in my brain and I was misremembering things."

And she didn't want to have to re-count the incident.

"I didn't want to have to talk about what happened to me and like the physical details about it," Shaw said. "So, I kept quiet for several months and I didn't tell anybody."

Shaw said that she began experiencing nightmares and PTSD symptoms, so she visited with a school nurse. It was at that appointment when she disclosed what had happened.

Both Hannah and the alleged assailant spoke about that night in September.

The attorney, Craig Greaves, who represented the athlete at the time said the two were not allowed in the same room, but could listen to the other's testimony from the room nextdoor.

"I don't know what I expected from the Title IX hearing," Shaw said. "But it was a very overwhelming experience that I don't really feel like was worth it."

Shaw said she doesn't feel failed by the university, but wishes they would have held him responsible for his actions.

"I don't think they should have allowed him back on the swim team," she said.

Greaves, the athlete's attorney, said in the mitigating circumstances that Shaw has asked for a lesser punishment for his client.

Shaw said that she didn't want to punish him, but looking back she may have needed to specify.

"I didn't realize that I maybe needed to specify the swim team thing," she said. "But, maybe if they had made clearer statements about that to me."

Both sides agree on the incidents of the night, but where the two sides differ is when the line of consent was crossed. And the events that happened after.

Graves said his client does not believe what he did was against Shaw's consent and that she began to become displeased with his client after he did not offer for her to stay the night, or kiss her good bye.

Shaw said that she did ask for a kiss good bye, but the accused "shoved her out of the apartment."

Shaw just says by coming forward publicly that she wants others to know her story.

"I wanted other people to acknowledge my pain and maybe prevent it from happening to somebody else."

And that at the end of the day, she wants to be protected by her university.

"What I really wanted A&M to do was to protect me," Shaw said. "I don't want to have to be on the same campus as the boy who assaulted me."