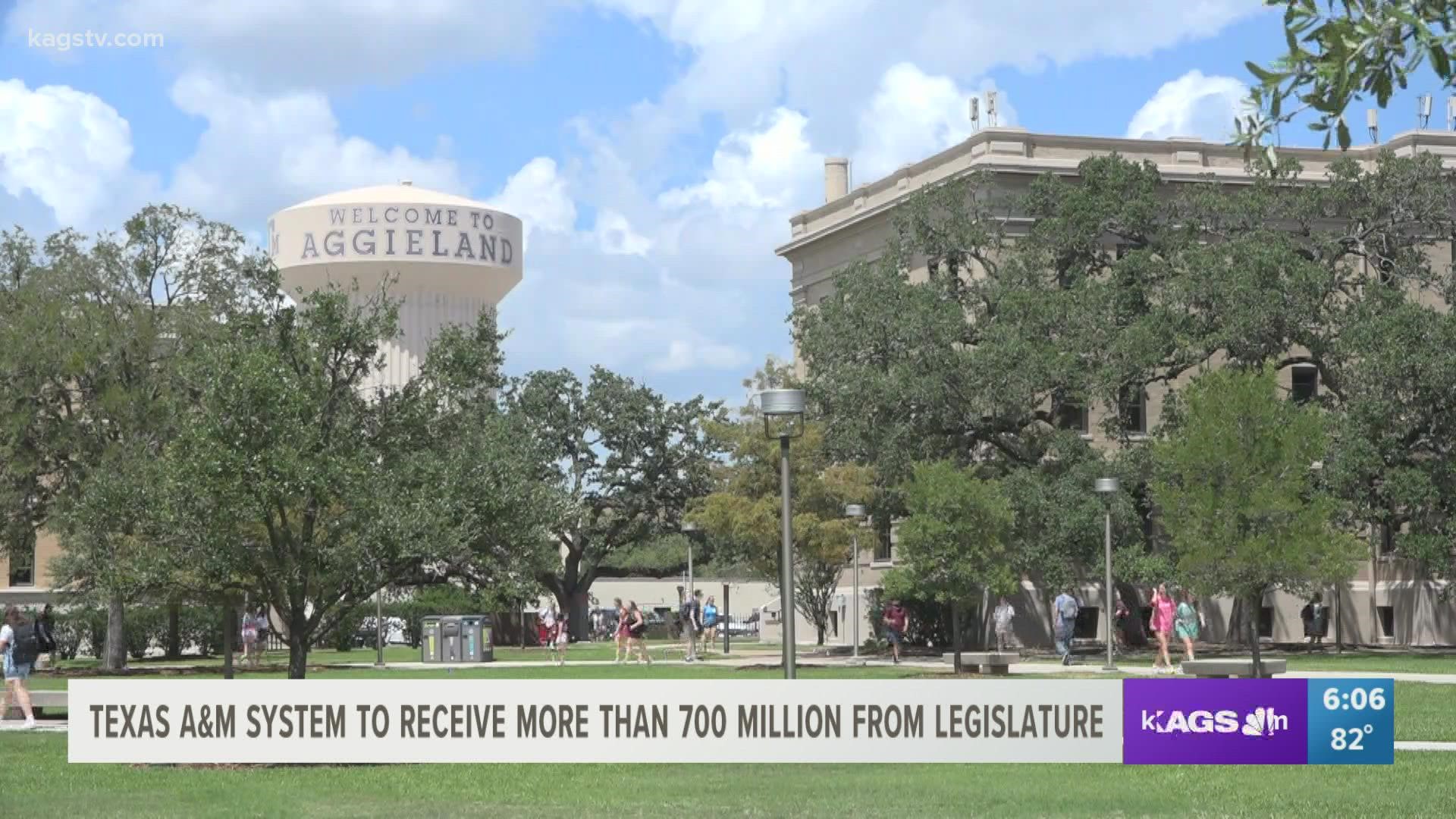 The money comes from capital projects associated with Senate Bill 52 and will be given to the College Station campus as well as several other campuses. Below are the amounts being administered to Texas A&M campuses.

Funding for capital projects in SB52 include:

The money for the College Station campus will be used to fund a new clinical teaching and research complex for the Texas A&M College of Veterinary Medicine & Biomedical Sciences.

The Texas A&M System educates more than 150,000 students across their campuses. Chancellor John Sharp thanked Texas Government Officials for their leadership and all who supported the legislation.