What you need to know about Texas' new permitless carry law

Texas is now the most populous state to enact constitutional carry. 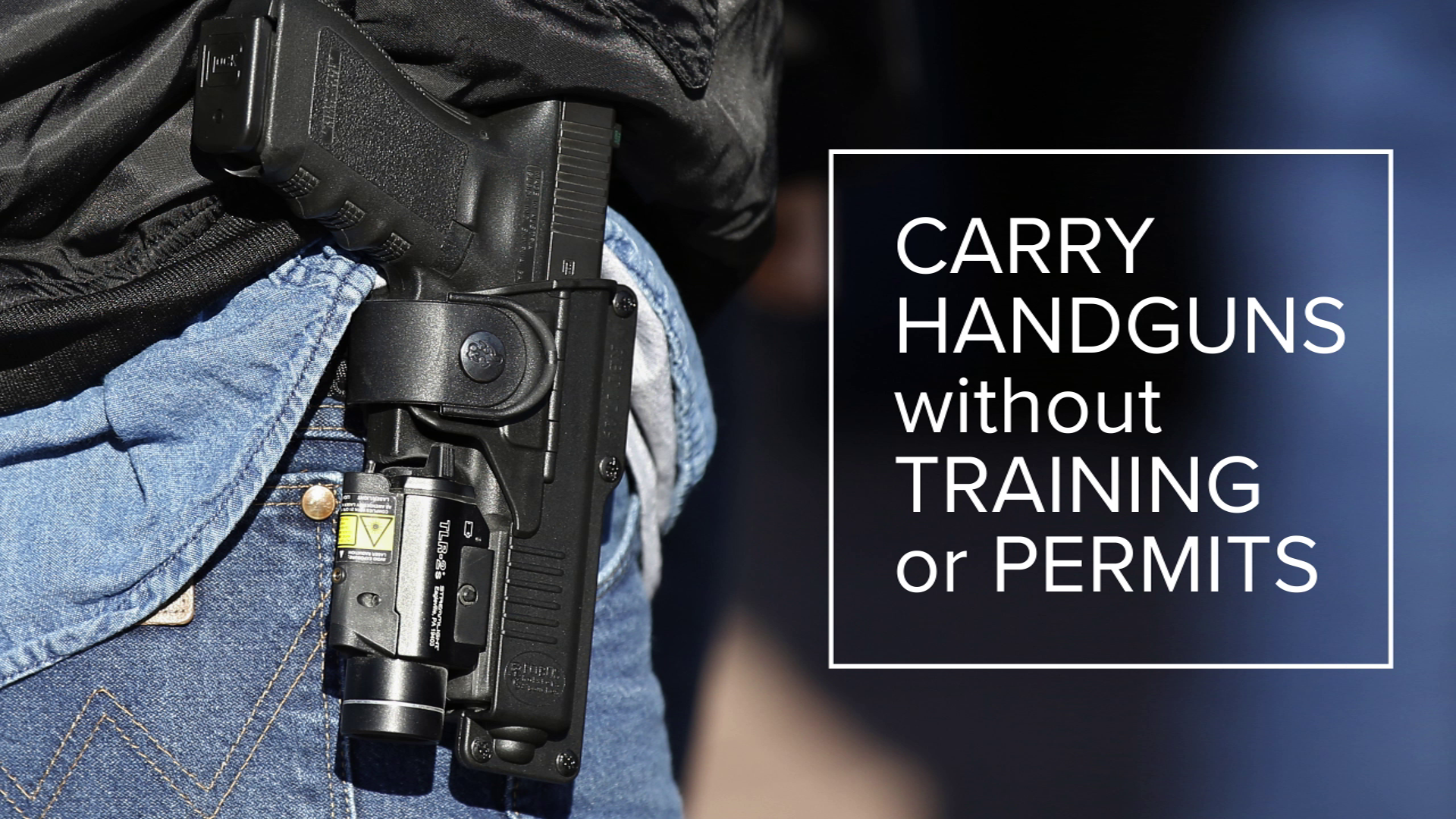 DALLAS — Texans over the age of 21 with a clean record are now allowed to carry handguns without a license or training.

Texas Gov. Greg Abbott signed House Bill 1927 into law back in mid-June, eliminating the requirement for Texas residents to obtain a license to carry handguns if they're not prohibited by state or federal law from possessing a gun. You also won't have to be fingerprinted.

Now, the new law doesn't change eligibility for gun ownership. Anyone who wants to own a handgun in Texas, must be at least 21 years old and cannot have served a sentence for a felony or domestic violence convictions.

It also does not change where guns are banned in the state, including:

According to ProCon.org, Texas is one of 19 states with a similar law. Texas, however, is now the most populous state to enact permitless carry.