ATVs are not made for paved roads and are meant to be ridden in designated areas only. 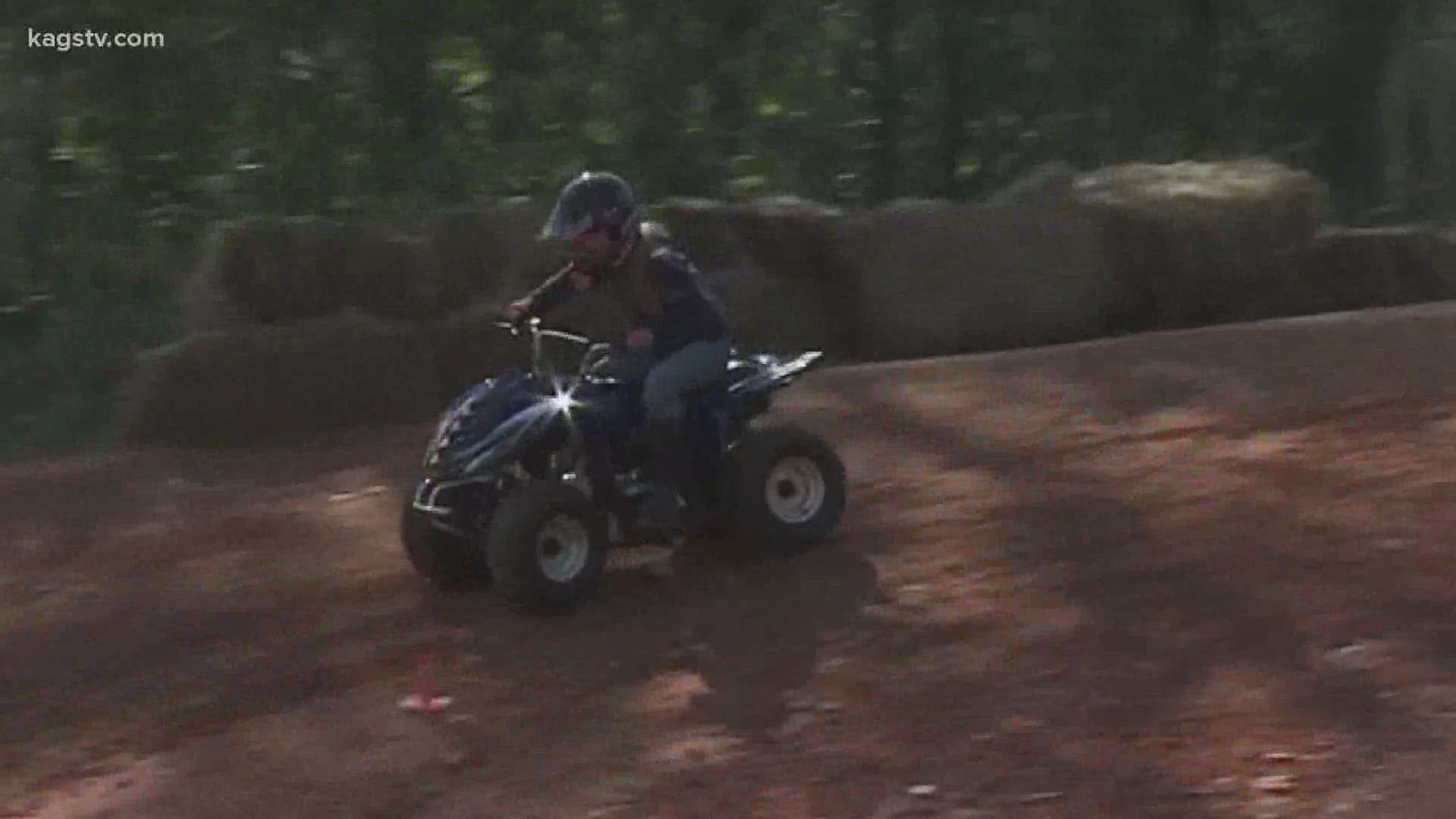 BRYAN, Texas — According to the CPSC, Texas ranks in the top ten states for ATV deaths a year. Hospitals see an increase during the spring and summer season for off-roading injuries.

Off-roading can be fun until accidents happen…but there are steps you can take to ride safely and still have a good time.

“Our recommendations are for all riders to follow our golden rules-- that speaks to wearing a helmet and other protective gear, not riding on public roads, riding straight, in other words not riding under the influence of other drugs, not carrying passengers on single rider ATVs and this is really important for parents is make sure your kids ride the right size ATV for their age and that they supervise riders under 16," said ATV Safety Institute Vice President Tom Yager.

ATVs are not made for paved roads and are meant to be ridden in designated areas only.

“You can check for federal lands like Bureau of Land Management service, recreation.gov is a pretty good resource to identify appropriate areas," said Yager.

When you are buying an ATV for yourself or a child, be sure to follow the age labels so you are riding the appropriate vehicle.

“The federal standard for ATVs in terms of design and construction requires that each ATV carry an age label so it’s very easy to tell what age and the breakout is six and older, ten and older, 12 and older, and then there’s a traditional category for 14 and older intended for teens and smaller adults and then adult size are considered age 16 and older," said Yager.

Unfortunately, Texas is no stranger to ATV accidents.

“They’re out riding, they took a turn when they’re going to fast, it caused the ATV to roll over, they hit something while they were driving out, in a pasture and it caused them to be ejected. Most of the times, it’s out in a rural area and it has caused them to be flipped or ejected off of it," said Baylor Scott and White trauma program manager Ashley Kopech.

No matter where you are riding, the buddy system is a good precaution to take

“To ensure safety, you never want to ride one by yourself, not on the ATV by yourself but if you want to make somebody else aware that you are riding one so if something does happen, then you are able to call 911," said Kopech.

RELATED: Boys and Girls Club reworks facility for social distancing ahead of its reopen

RELATED: Brenham Parks and Rec give guidance on available amenities as they continue reopening parks