In July, Abbott added six days to the early voting period because of the coronavirus pandemic, but he faced a lawsuit from critics. 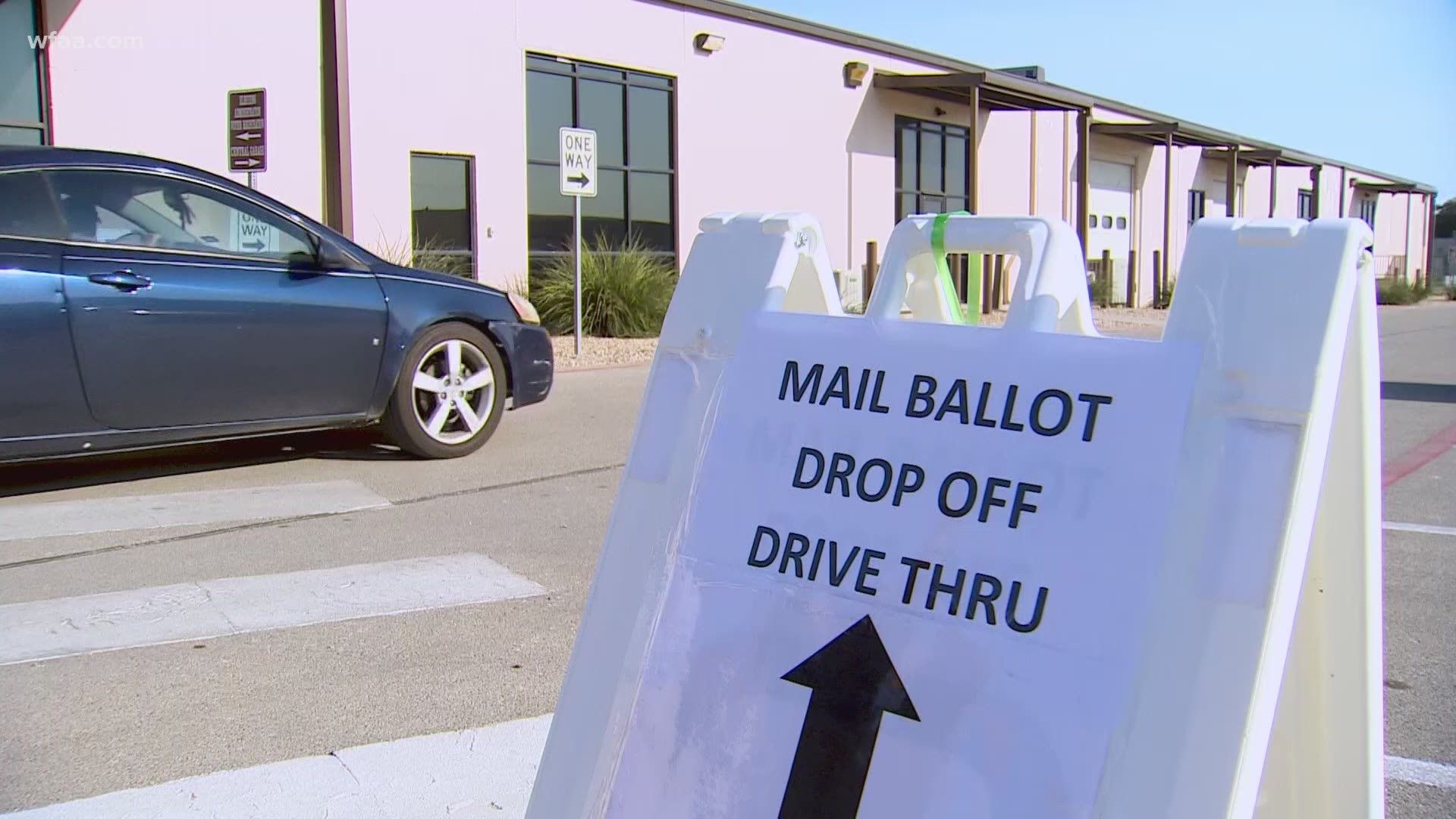 AUSTIN, Texas — The Texas Supreme Court will allow the extended early voting period set in place by Governor Greg Abbott because of the coronavirus pandemic, Jolie McCullough of the Texas Tribune reported Wednesday.

Editor's note: the video in this story is from Oct. 6 and reports on voting by mail in Texas

Early voting in Texas is scheduled to get underway on Oct. 13, less than a week from now.

"The all-Republican court sided with @GovAbbott. GOP officials sued when he extended the early voting period by 6 days," tweeted McCullough.

In July, Abbott added six days to the early voting period, moving the start date from Oct. 19 to Oct. 13. He faced a lawsuit over the extension from prominent members of his own party, including state party Chairman Allen West, Agriculture Commissioner Sid Miller and members of the Texas Legislature.

Critics said the move defied election law that requires early voting to start on the 17th day before the election.

Last week, the governor made another proclamation about the election that garnered criticism and anger. Under Abbott’s proclamation, voters must deliver their mail ballots to a single early voting clerk's office location as designated by a county's early voting clerk. In Harris County, this would mean closing 11 drop-off locations, despite having a population in the millions.

“Harris County is bigger than the state of Rhode Island, and we're supposed to have one site? This isn't security, it's suppression,” tweeted Harris County Judge Lina Hidalgo. “Mail ballot voters shouldn't have to drive 30 miles to drop off their ballot, or rely on a mail system that’s facing cutbacks.”

But the governor stated the reduction in ballot sites is needed to prevent illegal voting attempts.

"The State of Texas has a duty to voters to maintain the integrity of our elections," Abbott said in a press release. "As we work to preserve Texans’ ability to vote during the COVID-19 pandemic, we must take extra care to strengthen ballot security protocols throughout the state. These enhanced security protocols will ensure greater transparency and will help stop attempts at illegal voting."

The Texas Tribune contributed to this story.