Though more Texas voters said they'd vote for the actor over the current governor, how does he stand when it comes to the two major parties? 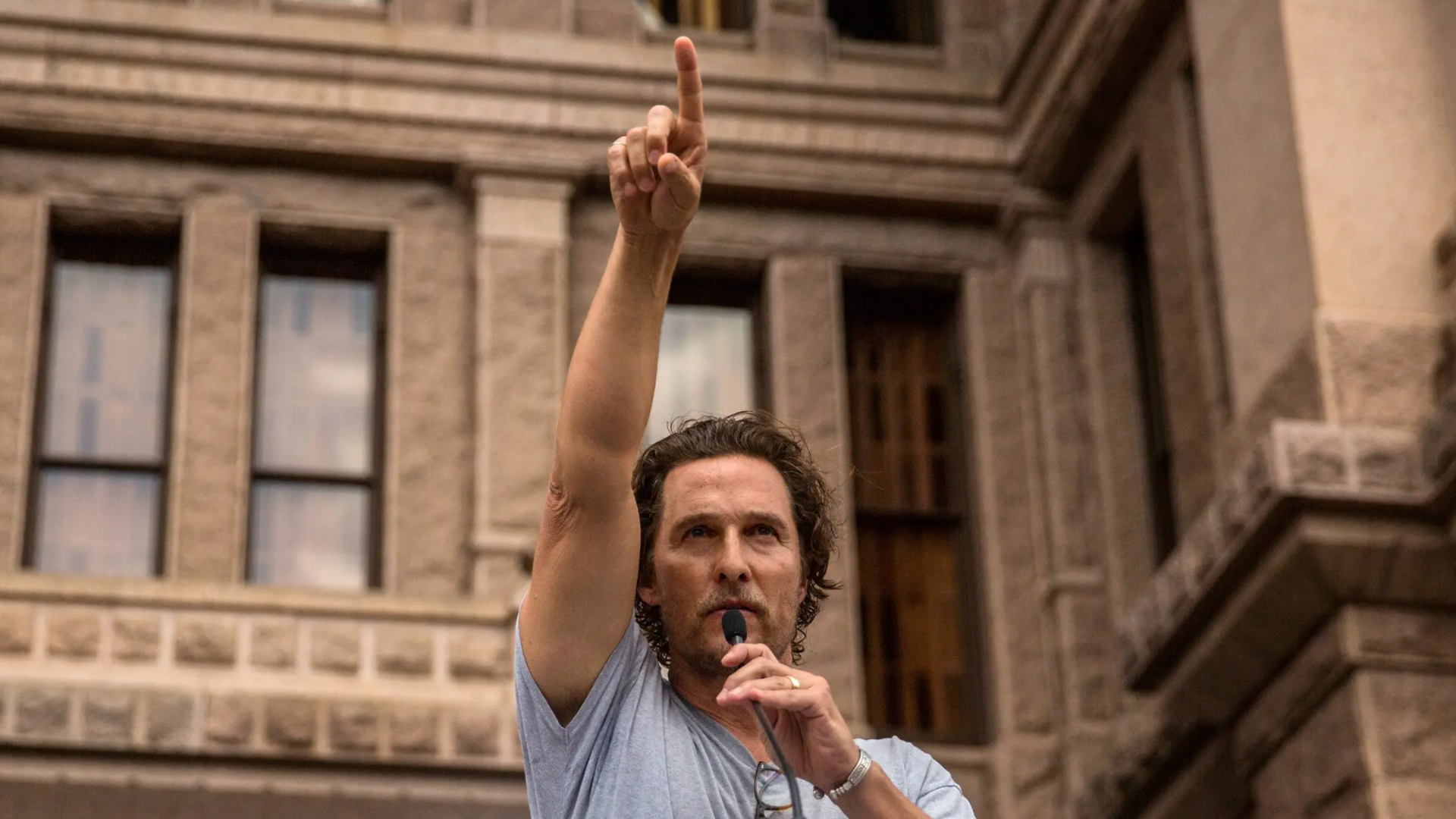 TEMPLE, Texas — Texas' own Matthew McConaughey is racking in more support to be the next governor than incumbent Greg Abbott, according to a new poll.

The poll by The Dallas Morning News and the University of Texas at Tyler found that if the actor were to run for governor, 45% of registered Texas voters would vote for him while 33% say they would vote to re-elect Abbott.

Twenty-two percent say they would vote for someone else.

The poll was conducted on April 6 to April 13 and included a survey of 1,126 registered voters with a margin of sampling error of plus- or- minus 2.92%.

Breaking it down per party:

The actor, however, has shown criticism of both major parties. When toying with the idea of running for governor this year, he didn't say if he would run as a Democrat, Republican or third party.

State voting records show he hasn't voted in a Texas primary election since at least 2012 and he has not made any campaign contributions, which could've given a hint of his leanings.

He has spoken out against gun violence — and advocated for new laws to combat it — but otherwise does not often wade into policy debates.

He did not say much about the latest election — though he made headlines afterward, when he criticized the "illiberal left" for taking an arrogant view toward the "other 50%." He suggested that view led some in Hollywood — a strongly Democratic constituency — to deny former President Donald Trump's win in 2016, and now some Republicans were denying Trump's reelection loss because "they've been fed fake news."

Even so, UT-Tyler political scientist Mark Owens, who also conducted the poll, said McConaughey could get his name on the GOP primary ticket.

"Matthew McConaughey gets a huge boost from tremendous name recognition and recognition for what he does to help Texans and add to the celebration of the state's successes," Owens said. "Most of our survey respondents know his story, but many are waiting to see how he opens his next chapter."

He added that McConaughey's appeal is similar to former President Donald Trump, which could play a factor.

"He's popular, he's colorful, and he's not afraid to tell it like it is," Harp said. "He has some of the same qualities of Donald Trump, and that will play well in Texas."