Millions may face losing unemployment benefits at the end of 2020; how will Texas, Brazos Valley fare?

"Right now, we’re kind of waiting for the next shoe to drop from the federal government on whether there’s more money.” 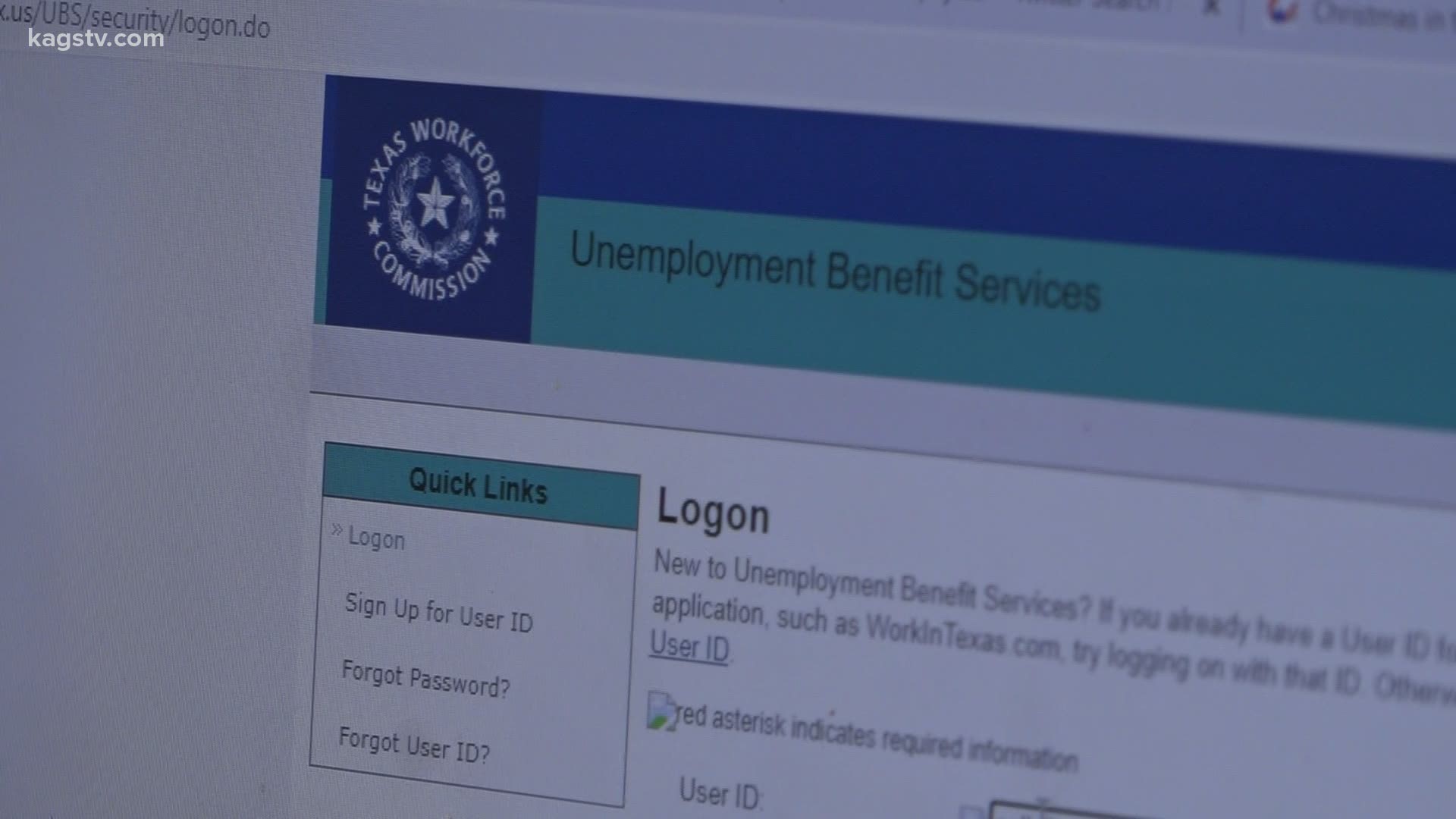 BRYAN, Texas — According to an analysis from the Century Foundation, about 12 million Americans will lose their unemployment benefits just after Christmas.

Two main programs authorized and funded by the CARES Act are set to expire on December 26, 2020: The pandemic unemployment assistance and the pandemic emergency unemployment.

How will that affect Texas and the Brazos Valley?

The two CARES Act provisions were a federal response put in place at the early part of the pandemic to respond to its effects.

First came the extra $600 then later $300 on top of regular benefits and now, unemployment extensions are on the line.

“So essentially, the federal government has used up all the funds that they had available at the time for this," said James Bernsen, the Deputy Communications Director for the Texas Workforce Commission.

"So right now, we’re kind of waiting for the next shoe to drop from the federal government on whether there’s more money.”

If people still have time on their state benefits, they will continue to have unemployment, but if they run out by December 26, 2020, they will potentially lose their unemployment.

Bernsen said there is an uptick in jobs here in Texas and a big interest in congress to act on this, though.

“If you’re thinking, ‘This is a great time for me to find some online training that’ll help me...be ready to go when I get back to work,’ that’s exactly what it’s for." - Chairman Daniel https://t.co/j9ubUYWWTI

If they don’t, officials in the Brazos Valley realize people would be affected, but there is still somewhat of a safety net for them.

“We do have community development block grant cares funding. I think that expires in six years,” said Alsie Bond, the Manager of City of Bryan's Community Development Services Department.

That money goes to rent, utilities and food expenses; anything related to covid-19’s impact on someone in need except for actual income.

“We fund these agencies that are able to help people that are in financial crisis,” Bond said.

The United Way of the Brazos Valley is one of those agencies, and they have seen a consistent need for assistance lately.

They saw a spike for assistance calls back in April and May of 2020 and say they would be ready for another.

“The organizations who do this type of work, they do have support from other streams,” said Peggi Goss, Vice President Community Impact at the United Way of the Brazos Valley.

“We have seen the government respond in one way or another when some funding runs out, they might find another stream of funding to send down as well.”

If you are worried about what may happen on December 26, 2020, all the entities KAGS spoke to would advise to just be proactive about your situation.

The TWC said there are usually about 800,000 jobs available at any given time on WorkinTexas.com.

"All people who’re receiving benefits, if they’re able to go back to work, search for jobs now," said Bernsen.

He also added the TWC is standing by, ready for for whatever decision by congress  is made, if any.

Those still concerned about what their financial situation might look like by December 26, 2020 can also call The United Way of the Brazos Valley for assistance.

The organization encourages to do so sooner, rather than later.