About 1.5 million Texans were without power Monday evening as officials said electricity has been restored to 500,000 homes. 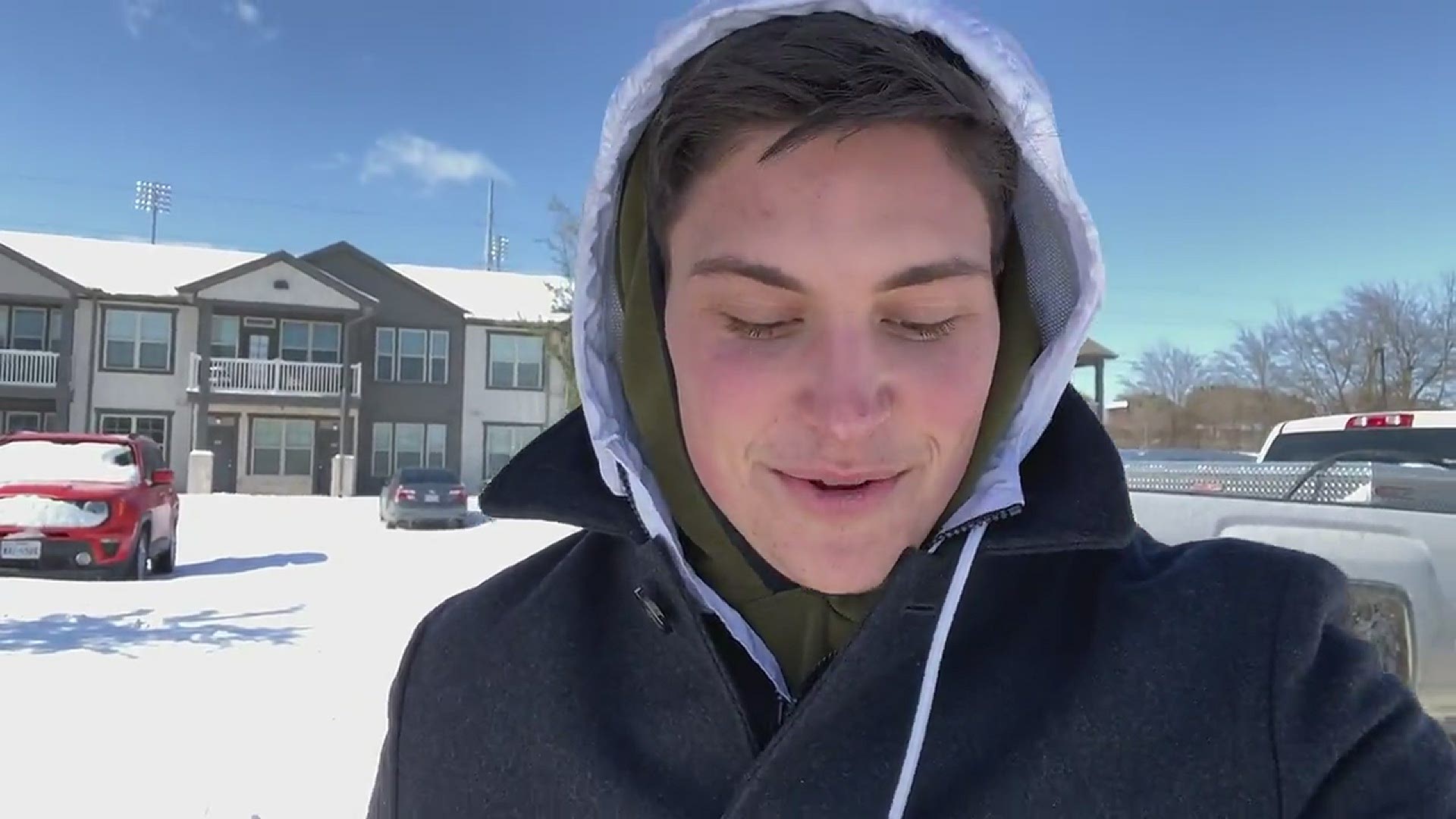 TEXAS, USA — Half a million households have had their power restored Monday afternoon, the Electric Reliability Council of Texas says, leaving roughly 1.5 million homes without power as of 4 p.m.

ERCOT, the group that manages electric power for tens of millions of Texans, tweeted Monday afternoon that the grid operator restored power to 500,000 homes.

“Texas electric companies have been able to restore service to hundreds of thousands of households today, but we know there are many people who are still waiting,” ERCOT CEO Bill Magness said in a statement. “It’s also important to remember that severe weather, mainly frigid temperatures, is expected to continue, so we’re not out of the woods.”

ERCOT had entered emergency conditions and started rotating outages shortly after 1:30 a.m., noting that they could continue "until this weather emergency ends," according to a Monday morning release.

Senior Director of System Operations Dan Woodfin said ERCOT reached a new winter peak demand Sunday evening that continued into the night. At its highest point, about 10,500 megawatts of customer load were shed, according to the release. That's enough power to serve approximately 2 million homes.

With the continued peak throughout the night, the council moved to start controlled outages to manage reliability and maintain control of the power grid. The move was made as generating lines began tripping due to the demand exceeding power grid capacity, according to ERCOT. The weather conditions that propelled extended usage caused energy units across fuel types to go offline, totaling more than 30,000 megawatts that are now off the system.

ERCOT determines how much reduction in demand is needed to maintain the supply and demand balance, telling regional power suppliers, such as Oncor and Reliant, the capacity amount they need to reduce. Officials stressed that they, themselves, do not control where power outages happen.

Your Photos: Snow across Central Texas

Officials said that although they had a plan put in motion, the historic winter weather throughout the state placed unprecedented power demands on suppliers.

The council issued an alert late Sunday night that it would start rotating outages due to high demand on the electric system caused by the bitter cold temperatures. ERCOT issued and Emergency Energy Alert 3, calling for the rotating outages. The last time an EEA 3 was issued was a decade ago, in February 2011.

has declared an EEA 3. Energy conservation is critical. Rotating outages are underway to reduce demand on the electric system. We urge Texans to put safety first during this time. Traffic lights and other infrastructure may be temporarily without power. 01:25:40 150221

They initially said outages would last 15 to 45 minutes. Oncor, however, tweeted Monday morning that outages can be expected to last for significantly longer periods.

EMERGENCY UPDATE: Due to the severity of the electric generation shortfall, our expected outage length of 15 to 45 minutes has been significantly extended. Outages due to this electric emergency could last for hours & we ask you to be prepared. (1/3)

Officials noted this is the longest period of time rotating outages have been carried out in Texas. They're also asking Texans to reduce electricity use as much as possible to conserve energy and reduce stress on the power grid. 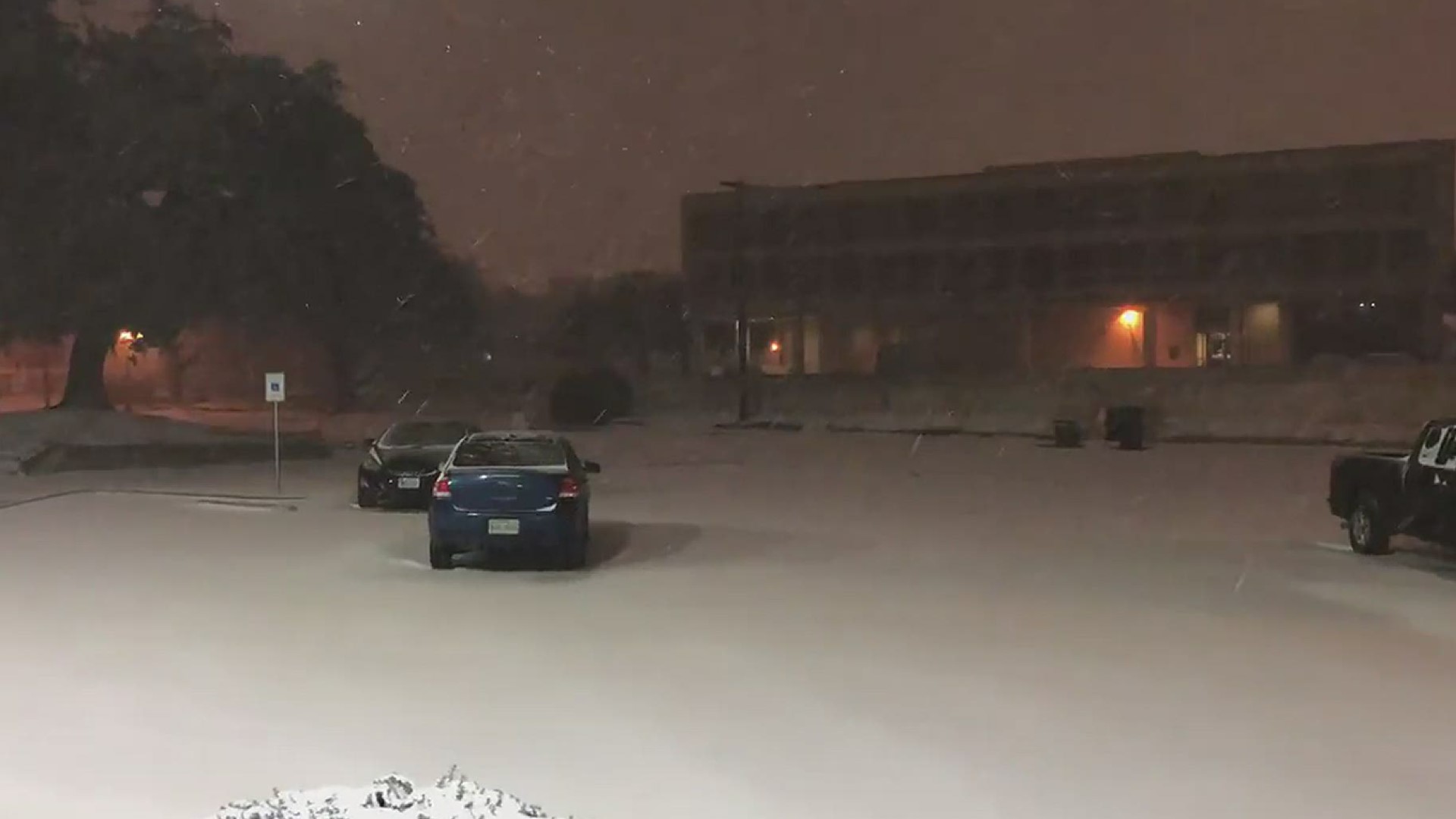