Experts say contact tracing is crucial to stopping COVID-19, but the company Texas hired for the job is "inexperienced," according to state lawmakers. 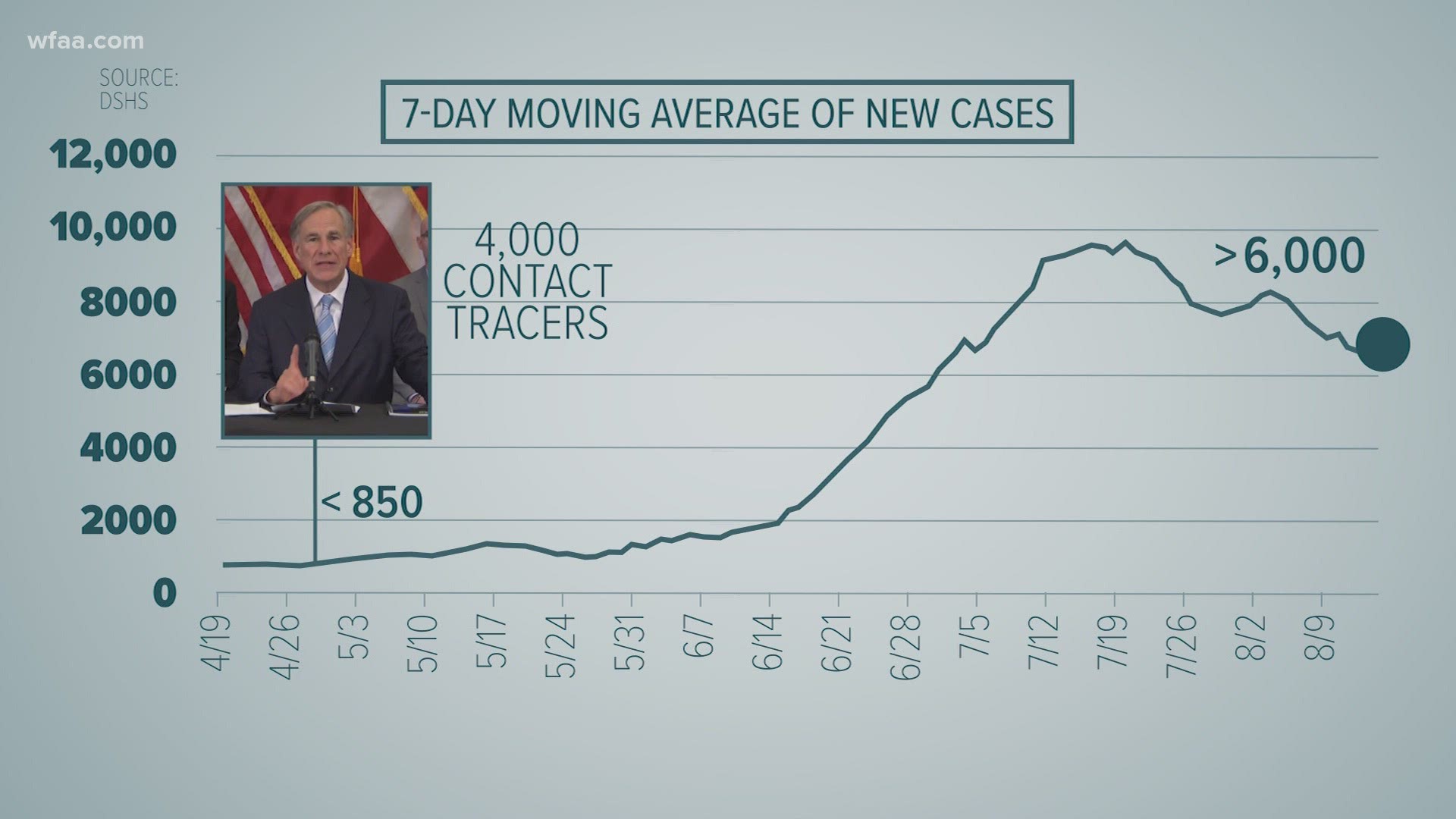 FORT WORTH, Texas — If any part of life is going to get back to normal before a vaccine, health experts agree leaders need to focus on rapid testing and comprehensive contact tracing to see how COVID-19 is spreading.

On April 27, during his reopening announcement, Governor Greg Abbott said the state would build a force of 4,000 contact tracers in the month of May.

“A core part of opening up safely is having an effective testing and tracing process,” Abbott said during the April press conference. “We are Texans. We got this.”

Just 16 days after his announcement, Texas selected the bid of a small company in Frisco to do something it had never done on its own: set up a virtual call center.

The company’s background is using Salesforce technology to help with data management.

Republican State Representative Steve Toth (R – The Woodlands) is on the state’s appropriations committee, which oversees how the state spends money, and he wants the contract cancelled.

“The state of Texas has kind of taken the attitude of damn the torpedoes, full speed ahead,” Toth said. “Before you do something like this, you should actually talk to people that know something about it, and they didn't.”

Toth has concerns about everything from the nearly $300 million price tag of the contract, to a lack of information about how personal information is being protected.

Democratic lawmakers like Rep. Donna Howard (D – Austin), a nurse also on appropriations, say contract tracing is too important to trust to someone unproven.

“Why this particular group was selected is unclear at this point in time,” Howard said. “So, yes, I still have concerns about a lot of this.”

Contact tracing is when health officials or call center workers contact people who have tested positive for COVID-19 and then reach out to people they’ve been around to provide them with information on the virus and give guidance on how to quarantine at home away from people and avoid spreading the virus.

“Ultimately, that's one of the major tools we have in our toolbox is to get the word out to people”,” Dr. Diana Cervantes, an epidemiologist at UNTHSC said.

Cervantes says the state doesn’t have enough contact tracers to do the job right now.

When Gov. Abbott announced a goal of 4,000 contact tracers, the state was averaging under 834 cases a day. As of this week, that average is more than seven times higher, up to 6,071 cases a day on average.

“Because it is time consuming, you do need a lot of people to be able to do it,” Cervantes said. “Every day when I see on the news that they're 800 cases, 1,000 plus cases, you have to consider that as somebody that the health department's going to have to reach out to every day.

While cases are several times higher than they were when Gov. Abbott announced his goal, Texas has not reached 4,000 tracers.

In the contract, MTX says it can source “up to 1,000 call center agents every two weeks”, but, in roughly three months, they’ve hired 605, which they say is all the state would allow.

In an interview on July 24, WFAA asked Gov. Abbott about the shortfall, but he didn’t provide a clear answer.

“We’re at a stage now, when you have community spread, the goal is to go into the community and test as many people as you can,” Abbott said. 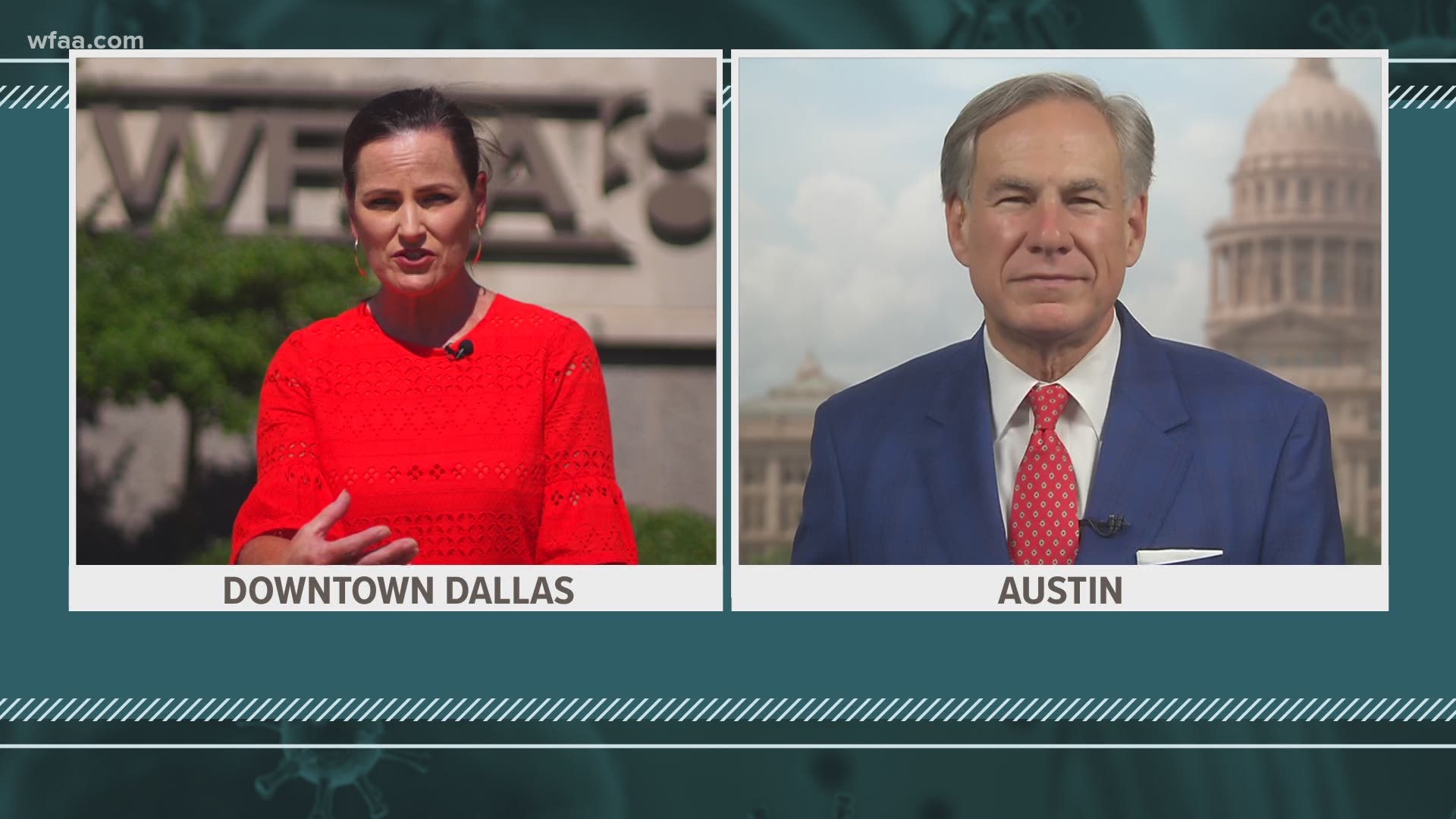 Texas’s Department State Health Services (DSHS) said no one would answer questions about the contract on camera but said the call center, “had enough contact tracers to do the work it has been tasked with.”

There are other goals laid out from state officials that haven’t been met either.

The state set a target of hiring around 500 unemployed workers from the Texas Workforce Commission for the jobs, but so far, they’ve hired just 18, who didn’t start until August, according to DSHS.

“It happened because the state of Texas was given a bunch of money by the federal government, without any accountability without any strings,” Toth said.

Both Howard and Toth have concerns about the bidding process. MTX beat out big names like AT&T and IBM and tied with Accenture in bid scoring, which said Accenture had “extensive current and previous experience”, but MTX was about $15 million cheaper.

A company spokesperson said in an email, “Texas is the first virtual call center we’ve stood up.” They say they’ve assisted other companies in running call centers before.

“We don't care that the CEO of the company has never really performed anything of this magnitude before,” Toth said.

Then there’s another questionable claim.

MTX says on its website that it has “only proven, legitimate contact tracing tool endorsed by the CDC.” The company’s CEO, Das Nobel, made the same claim in a video posted to LinkedIn.

But in an email, a CDC official said, “CDC does not endorse specific digital contact tracing apps.”

MTX Group declined an interview with Nobel, but in response to the CDC statement, an MTX spokesperson emailed they have now “modified how we talk about the CDC’s feedback to be more precise”.

“It's ridiculous,” Toth said. “This is a company that has no qualifications to do this, and yet they've been awarded a $295 million contract.”

Toth is one of several Republican lawmakers now suing Governor Abbott over the deal criticizing the company’s lack of experience and saying the bid is illegal and was never public.

In the July 27 interview with Gov. Abbott, he didn’t say if he planned to cancel it.

“We will always be looking to make modifications as needed,” Abbott said.

DSHS and MTX have promised every employee hired is from Texas, but Howard and Toth both want more oversight and checks.

“I've continued to reach out and ask for information, I'm just not getting it,” Toth said.

Howard says the $300 million contract is vague, so it’s unclear exactly what MTX is supposed to deliver or how performance is judged.

“I think that's part of the problem is we don't all have that information,” Howard said. “Unfortunately, transparency is a big part of this and it seems to be that we are dependent upon investigative journalism to get the questions answered that we all want to answered.”

Texas health officials continue to say one of the state’s best weapons against the virus is working as planned even as cases remain high, deaths are near record levels and lawmakers say the effort is failing.

“We’ve got multiple issues here: inadequate testing, inadequate labs, inadequate tracing,” Howard said. “At the same time, we're experiencing a surge. This has got to be addressed.”