It took 1,400 pounds of turkey, 400 pounds of sweet potatoes and green bean casserole, three days and a lot of love to make the big day happen. 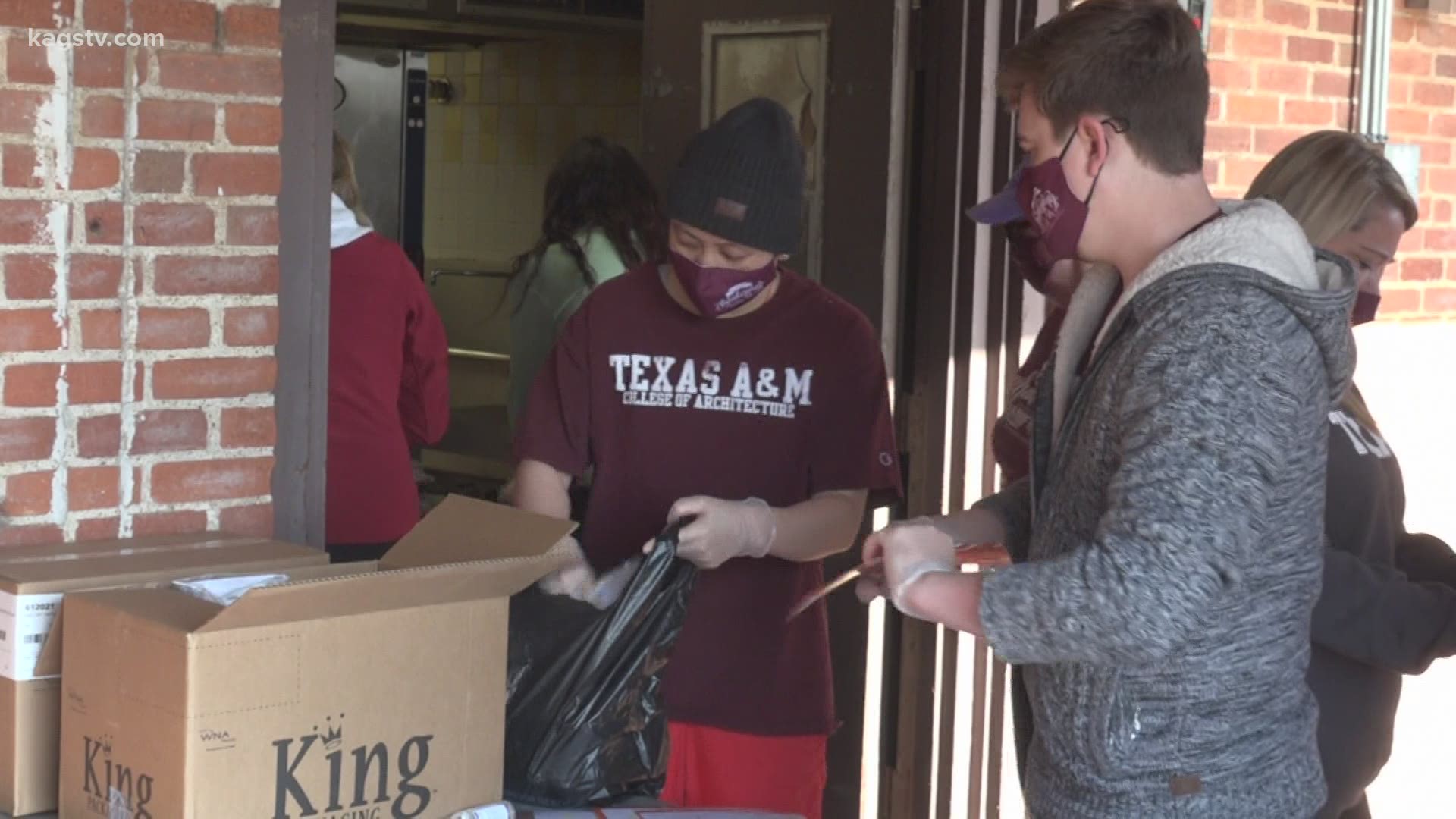 COLLEGE STATION, Texas — It’s a day to give thanks and a day to give back. Members of the community came together so families in the Brazos Valley had a Thanksgiving meal.

It took 1,400 pounds of turkey, 400 pounds of sweet potatoes and green bean casserole, three days and a lot of love to make the big day happen. Epicures Catering teamed up with Chartwell Food Services to carry out its 37th annual Thanksgiving in the Brazos Valley.

“We’re doing 2,000 meals, and as far as families go, that’s about 500 family deliveries that we’re making," said Danny Morrison, who serves as Director for Thanksgiving in the Brazos Valley. "We have 125 drivers that will be setting the food out."

This is a 25% increase from years before and the team had to stop taking applications because the need was too high.

“In past years, we’ve always had volunteers come in and it’s been a great thing for the community to get involved but we’ve had probably over 300 volunteers that would come in on Thanksgiving Day," said Executive Chef Marc Cruz.  "They would do all the work. They would pull apart all the turkey, they would help can up the cakes, do the cranberry sauce. With all the restrictions, we couldn’t have all these people in here."

Without the volunteers prepping the food this year, Chartwell Food Services stepped up to the plate.

“It’s awesome, they love it. This team is real gung-ho. I mean they come in strong they come in at four in the morning and they’re ready to go," said Cruz. "They put their hearts into it and for them to do this and volunteer their time on Thanksgiving without even having to ask is a true blessing and a true commitment from them as well."

Epicures Catering has been hosting Thanksgiving in the Brazos Valley for nearly four decades. It was especially important for the team to hold the event this year.

Although volunteers were not allowed in the kitchen, once the food was prepped, they lined up outside Duncan dining hall to deliver the meals once they were ready.

“We felt like a lot of people were in need and through the Food Bank, we found out that a lot more people were in need than in year’s past," said Morrison. "We’re just trying to do something and not give up on the fact that it needs to be done every year and really we’re trying to get the volunteers to understand that this is an everyday need for some people in this community."