The march also served as a return of in-person activities 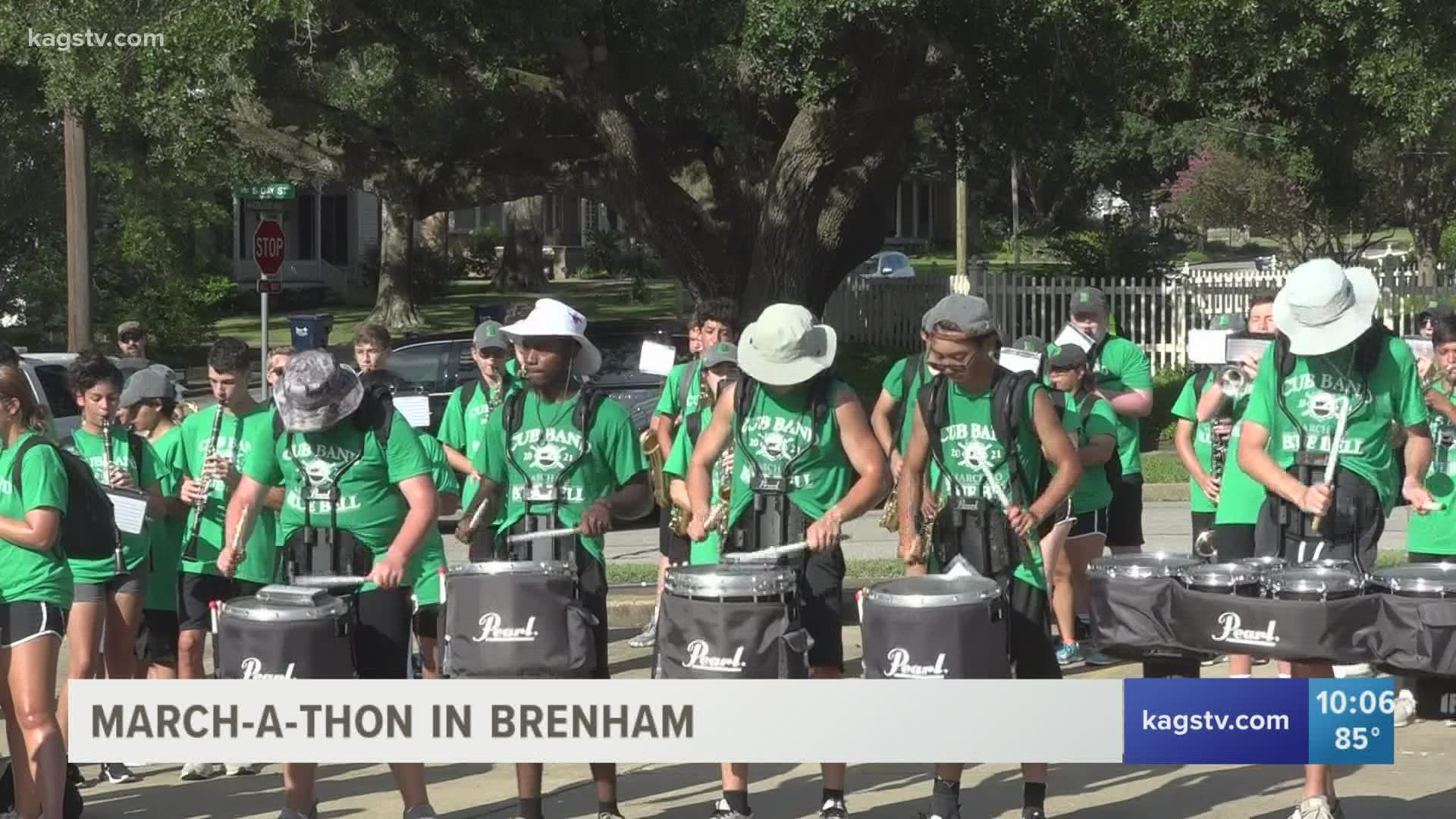 BRENHAM, Texas — The Brenham Cub Band marched across Brenham during its annual march-a-thon this morning.

In 90 plus degree weather, the high school cub band marched for 5 miles around the city to raise money for their program. The march began at 7:30 am sharp this morning at Brenham high.

The March-A-Thon is vital to the band and guard, providing funds that allow them to put on award-winning shows season after season! This year, March-A-Thon also serves as the debut and return to in-person performances.

Cub band captain, Joseph Medrano said his first march-a-thon was tough, but he learned a lot from the experience, and he hopes the newcomers this year will too.

"My freshmen year I had a hard time and so what I learned was how to march in time better mainly and put my feet with the music, so hopefully they get something out of that," Medrano said.

Joseph is a senior this year and has been in the band since 6th grade.

Eric Rettig has been the Band Director at Brenham high for 30 years now.

In his time being Band Director, the Cub Band has received many awards over the years, but Rettig says it isn't about the awards, It's more than shiny trophies.

"Everything we do leads to something else, and I know for me it's really fun to go to a contest and watch the band march and at games… but the day-to-day," Rettig said.  "'Let's do this, let's make that better' and when the light bulb goes off and we do something really well on the day, and the next day we come out and struggle a little bit, but we work through it. That day to day, that journey is what I got out the most. "

The Cub Band performed at multiple locations while taking plenty of breaks along the way.

If you'd like to donate to the Brenham high school cub band, email the Band Director at erettig@brenhamk-12.net.