'There was no information about the heat wave at all': 211 helpline failed hundreds during historic Oregon heat wave

More than 750 calls to 211info were abandoned during Oregon's record-breaking heat wave. The nonprofit announced changes to the information line starting Monday. 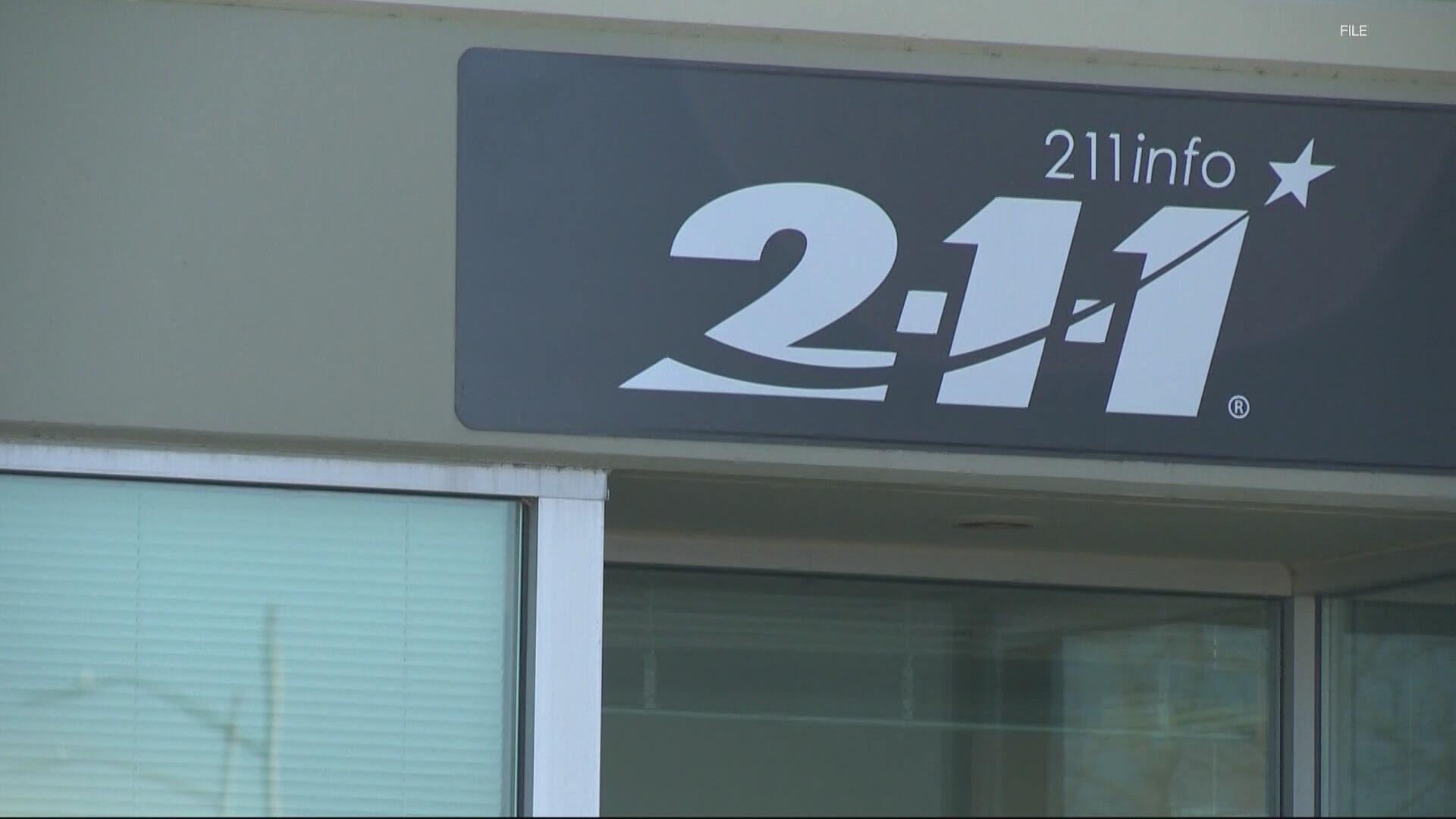 PORTLAND, Ore. — As record-breaking temperatures scorched Oregon and southwest Washington, the organization responsible for providing information about social services, including cooling centers, was not working properly.

In the lead-up to the historic heat wave, Portland Mayor Ted Wheeler and other officials encouraged people to call 2-1-1 for rides to cooling centers and information about extreme heat resources. But 211info, a private nonprofit, had not updated its numeric phone options to include cooling center information.

On Saturday, callers in Multnomah County would not have heard an option directing them to information about cooling centers or transportation. That problem was fixed Sunday afternoon around 2 p.m., almost a full day after parts of the state had reached 108 degrees.

If you had called from anywhere outside Multnomah County and tried to speak with a live representative on Saturday, you would have been told 211 was closed — because it was. 211 information specialists are typically available statewide Monday through Friday between 8 a.m. and 6 p.m., but their hours had not been expanded during the heat wave.

On Sunday afternoon, the Oregon Department of Human Services (ODHS) reached an agreement to pay for staffing for the 211 line through the end of the heat wave. KGW Investigates asked ODHS why the line wasn't staffed earlier.

"211 not being staffed on the weekends was not known to us until late Saturday afternoon," said Sherryll Hoar with the Oregon Department of Human Services.

WATCH: Oregon's 211 service had a major misstep during the heat wave

ODHS does not oversee 211info but could have approved the weekend staffing hours before the heat wave.

As of Thursday, 116 people in Oregon have died from the heat wave, according to the state medical examiner. Health officials in Washington state said 78 people there died.

Senior advocates like Mary Rita Hurley, chairwoman of the Governor's Commission on Senior Services, said the whole thing is frustrating.

"It's like the right and left hand are on two separate bodies sometimes when it comes to communication amongst the different entities," said Hurley.

More than 750 calls were abandoned on Saturday, according to 211, although it's not clear how many of those callers were seeking cooling center information.

Portland resident Nathan Williams experienced the frustration firsthand. He had seen the social media messages telling people to call 211 for information and was trying to help someone get to a cooling center.

"I was surprised to find that there was no way to get a human on the line or no way I could find. And there was no information about the heat wave at all. It was as if the recording was from a month ago," Williams said.

He called several more times on Saturday and again on Sunday after he ran into another man who needed a ride to the Oregon Convention Center, one of Multnomah County's three cooling centers. He had no luck.

"It was this kind of endless loop of menu options that had nothing to do with the heat wave, and the best I could tell there was no way to get a live person," said Williams.

211info's CEO Dan Herman said the organization has learned a lot from the mistakes during the heat wave and expressed remorse for all those who were unable to access services.

"It's an extremely sad, tragic event. The conditions were horrific. I feel that our entire staff carries that same sadness. It could have gone more smoothly... I feel like we could have held up our end of the bargain better and we've learned from that," said Herman.

There are already some big changes on the way for 211. Starting Monday, 211 services will be available 24/7 statewide and in four counties across southwest Washington.

Herman said the nonprofit is also changing its automated phone tree to include more specific emergency information and will be updating the content on its website.

"Any missed call, any inability to take care of somebody that was suffering from those horrific conditions — that's not right. That's why we're making process improvements now and staffing 24/7 to get better, to get that right," Herman said.

Do you have a story idea for Cristin? Email us at CallCristin@KGW.com