A Jaguar, a Tesla, 13 pounds of marijuana & over $65,000 seized in College Station drug bust near park

Authorities also made three arrests, found a handgun and $6,000 in jewelry at the home. 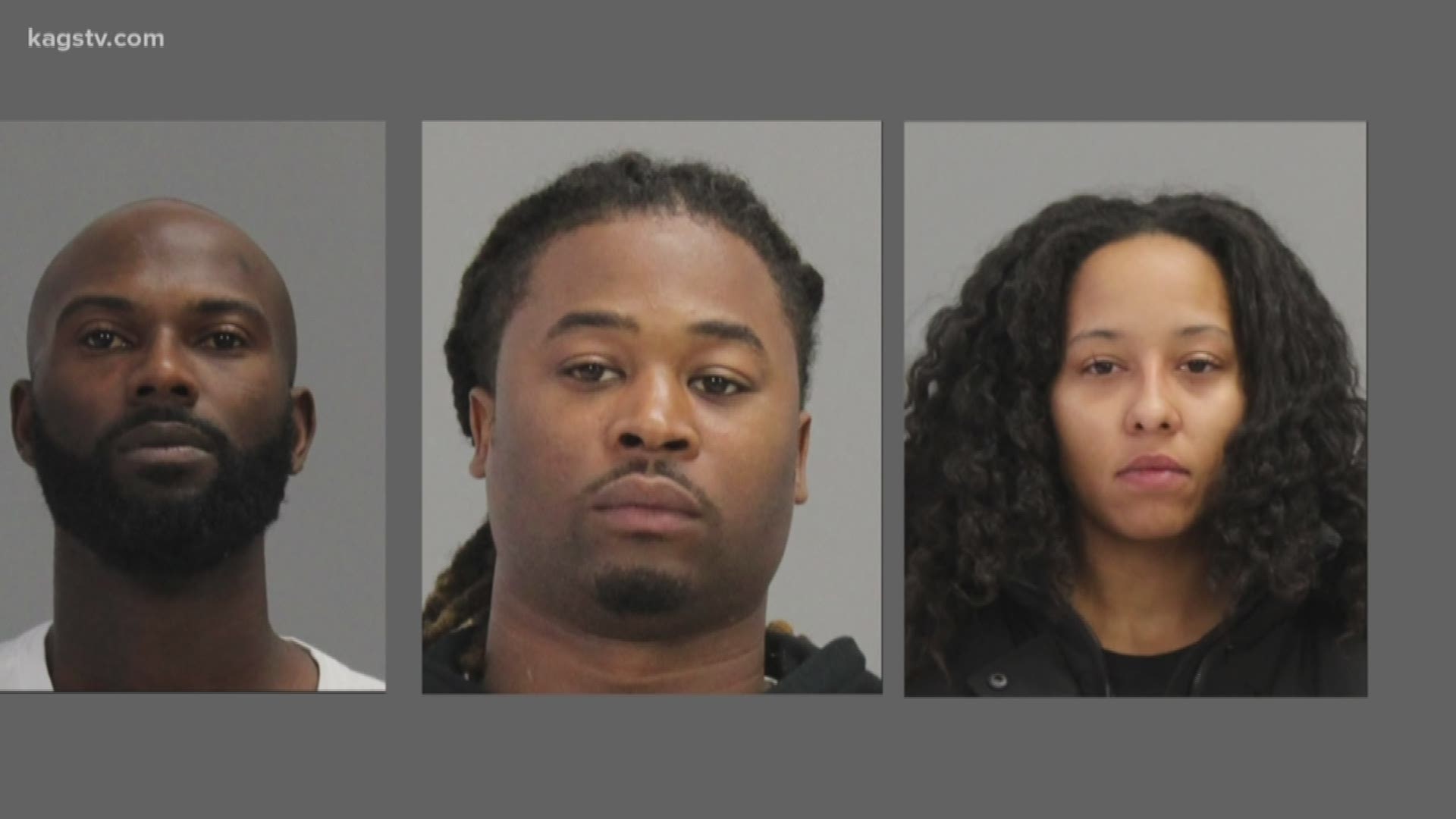 COLLEGE STATION, Texas — Three people have been arrested in a large drug bust near a College Station park. The park is considered to be a drug-free zone.

The bust comes as a result of several months of investigation by the College Station Police Department. It happened on the 3700 block of Essen Loop, which happens to be within 1,000 feet of Edelweiss Gartens Park on Hartford Drive.

Authorities executed a search warrant Thursday and said they arrested Tamingez at his truck in the driveway. They said he also admitted to putting a package of marijuana in his truck as he was getting ready to leave.

Credit: BRAZOS CO. JAIL
Tamingez Flowers, 28, of College Station, is charged with possession of marijuana. Police said Flowers admitted he had more than four ounces of the drug, but less than five pounds in a package in his truck.

Authorities said when they went into the home on Essen Loop, they found Sierra inside. Police said Sierra admitted she lived there and knew drugs were being sold from the house.

Credit: BRAZOS CO. JAIL
Sierra Flowers, 28, is charged with possession of marijuana. Authorities said she admitted she lived in the home and knew drugs were being sold out of the house.

After a search of the home, authorities said they found over 13 pounds of marijuana, over 350 ecstasy pills and over 400 grams of promethazine syrup with codeine. They seized a Jaguar, a Tesla and a handgun. They said they also found about $6,000 in jewelry and over $66,000 in cash. The police department posted on social media about the bust.

The department says violent crime often pairs up with illegal drugs and they are encouraging the community to speak up. If you see something, say something. This continues to be a developing story. We'll continue to update it as more information becomes available.