‘This is what I was meant to do’: College Station craftsman practices ancient art of bladesmithing

This bladesmith’s custom made knives are a cut above the rest. 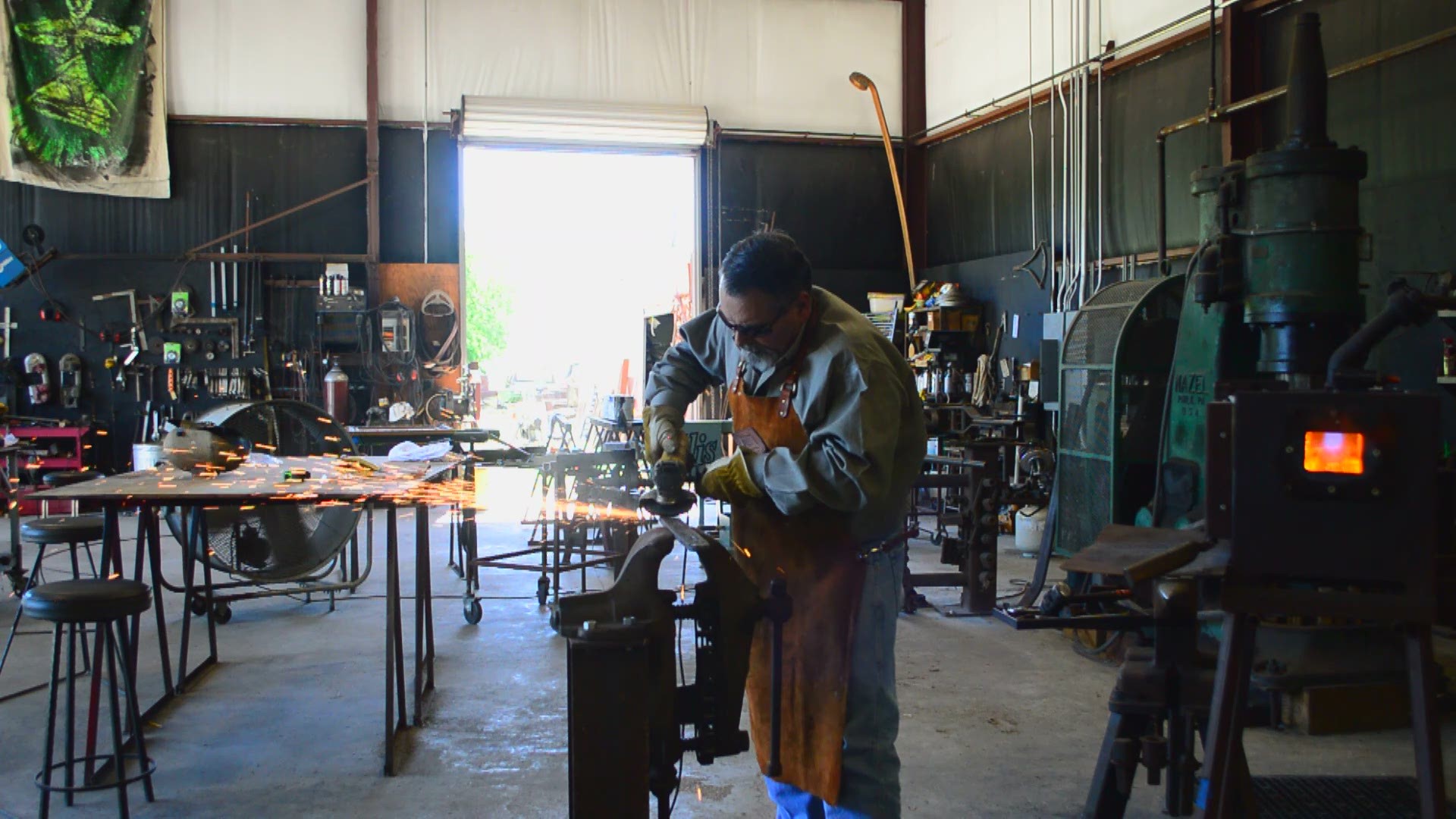 In his College Station workshop, Richard Epting heats a billet of Damascus Steel until it is glowing white, over 2,300 degrees Fahrenheit. He pounds down the hunk of metal, grinds the edges sharp, cuts up the billet, stacks it together and plunges it back into the forge. He will melt, fold, then refold the steel over and over.

The result is a sharp, functional work of art with a distinctive rippled pattern, a stunning departure from the mass-produced knives cluttering kitchens across the country.

Epting, a fourth generation craftsmen, has forged blades for over 34 years. He sells his handcrafted knives through his business R.G. Epting Custom Knives and Leather.

“I have built thousands of knives in my 30 plus years,” Epting said. “Every style, every type, thousands.” 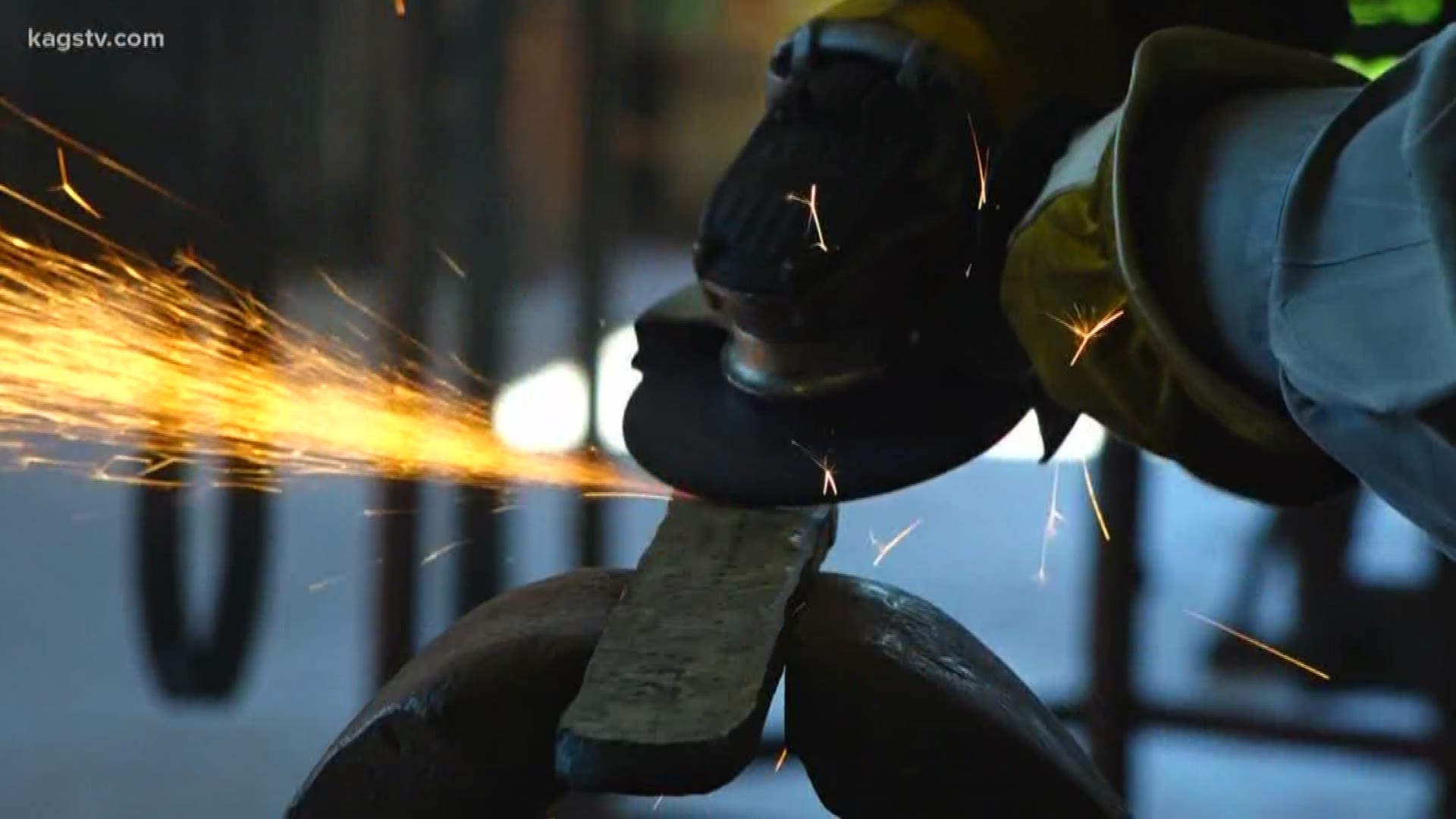 Epting’s love for the craft began in 1985 at an unlikely place: the magazine rack at a bookstore. A knife-making magazine appealed to his creativity and his competitive nature. After thumbing through the catalog, he determined to forge a better blade than those he had just seen, even though he had no prior experience crafting custom knives.

“I’m a very competitive person and I looked at those pictures of the knives and being that I’m a steel guy I was like I can do that and I can do that better,” Epting said. “And that’s what got me started and it just took off from there.”

Epting’s relationship with steel predates his experience forging knives. He grew up surrounded by craftsmen and as a kid he often worked for his father, a carpenter. At 13, Epting saved up all summer to  buy a forging machine and a cutting torch. At the time, most of his friends used their allowances to buy motocross bikes and skateboards.

“It ended up being that when they broke their bikes or skateboards or, as the years ticked by, their trucks they’d bring it over and I’d fix it for them.”

The “need” to make things followed Epting into adulthood. When he isn't forging, Epting works as a machinist at A&M.

In 2018, Epting competed on an episode of “Forged in Fire,” a television series on The History Channel in which bladesmiths create swords and other edged weapons. Tasked with making a Kpinga, a Central African throwing knife, Epting did not win the challenge but forged strong friendship with the other contestants.

"Being on the show connected me with some incredible knife makers," Epting said.

RELATED: ‘Steel is stubborn and as a blacksmith you just have to be more stubborn’: Bryan brothers preserve ancient art of forging