Bryan police confirmed Sunday three of the four people on board the plane were killed when it crashed at the end of the runway. 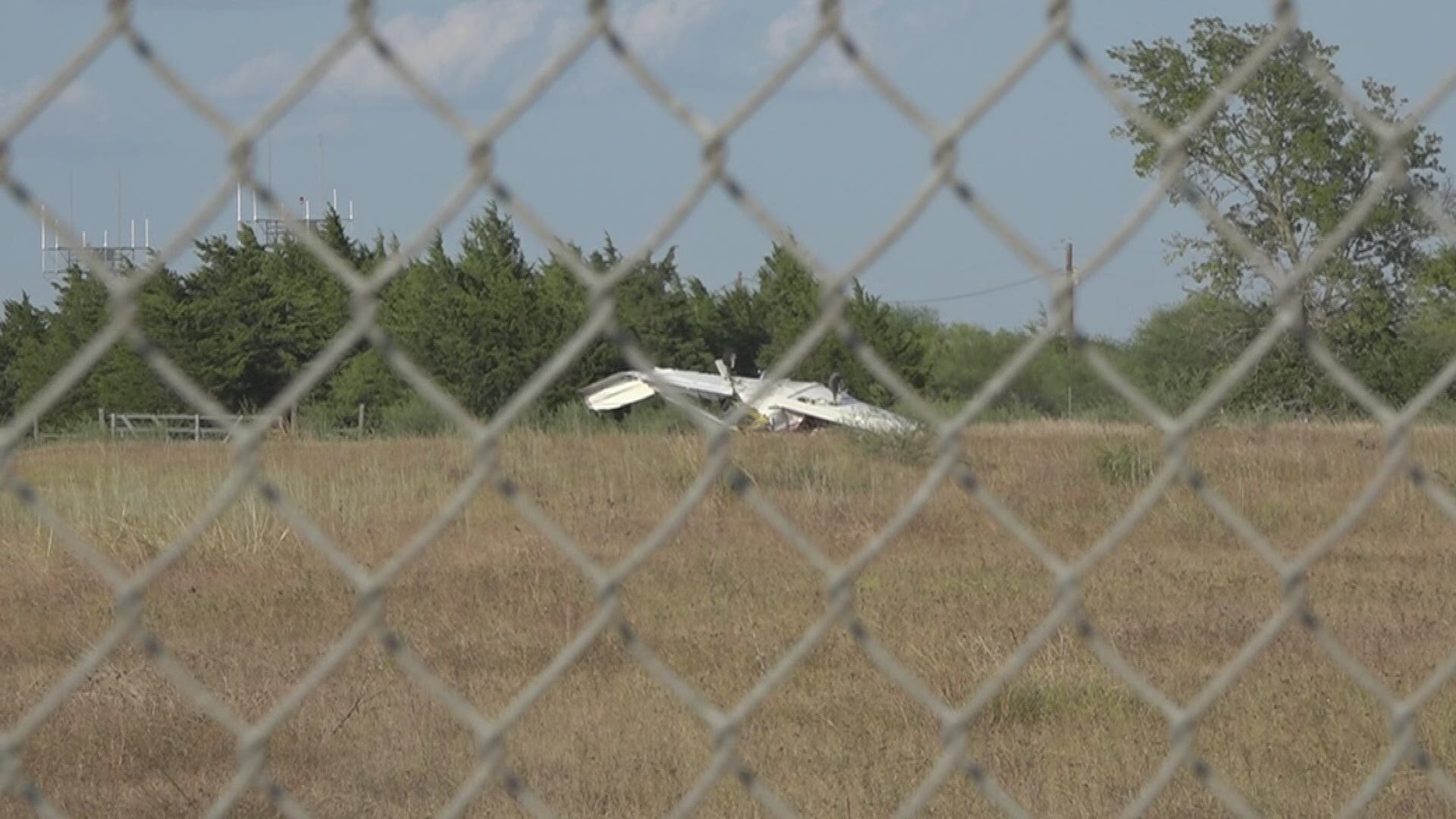 A man remains in critical condition following a plane crash at the south end of the runway at Coulter Airfield in Bryan, according to Bryan Police. Three other people on board the plane died at the scene.

The man who survived the crash was airlifted to a local hospital.

The plane is privately owned and was further identified as a Piper PA24-250. Sources told KAGS News Sunday the plane appeared to have flipped over near the end of the runway and there was no fire. The plane's flight plan and identifying number have not yet been released.

Authorities said they expect investigators with the NTSB and the FAA are expected to arrive Monday and no further information will be released this evening. We will bring you more information as soon as it comes in.

NTSB is investigating Sunday’s crash in Bryan, TX involving a Piper PA24-250. The NTSB is not traveling to the scene of the crash at this time.

Three people were killed Sunday after a plane crash at Coulter Airfield, according to Bryan Police. A fourth person on board has been taken to the hospital and their condition is not known at this time.

A spokesperson with the FAA said the Piper PA24 single-engine plane crashed about 2:30 p.m. Police said they are asking people to avoid the area while they wait for the NTSB to arrive.

The identities of those on board have not yet been released. The plane's flight plan has not yet been identified. We will continue to update this story as more information becomes available.

The Bryan Police Department is currently working a plane crash at Coulter Airfield. We will be securing the scene until the FAA arrives for investigation. We ask that people avoid the area.

Three people died in the crash and one person was transported to the hospital.

An airplane has crashed at Coulter Airfield in Bryan. Hearing 3 people were killed and 1 person is in critical condition. More to come on KAGS. pic.twitter.com/lZtVEdxi1i