Former 12th Man, Cullen Gillaspia, got his very own shout-out from Jimmy Fallon during The Tonight Show with Jimmy Fallon. 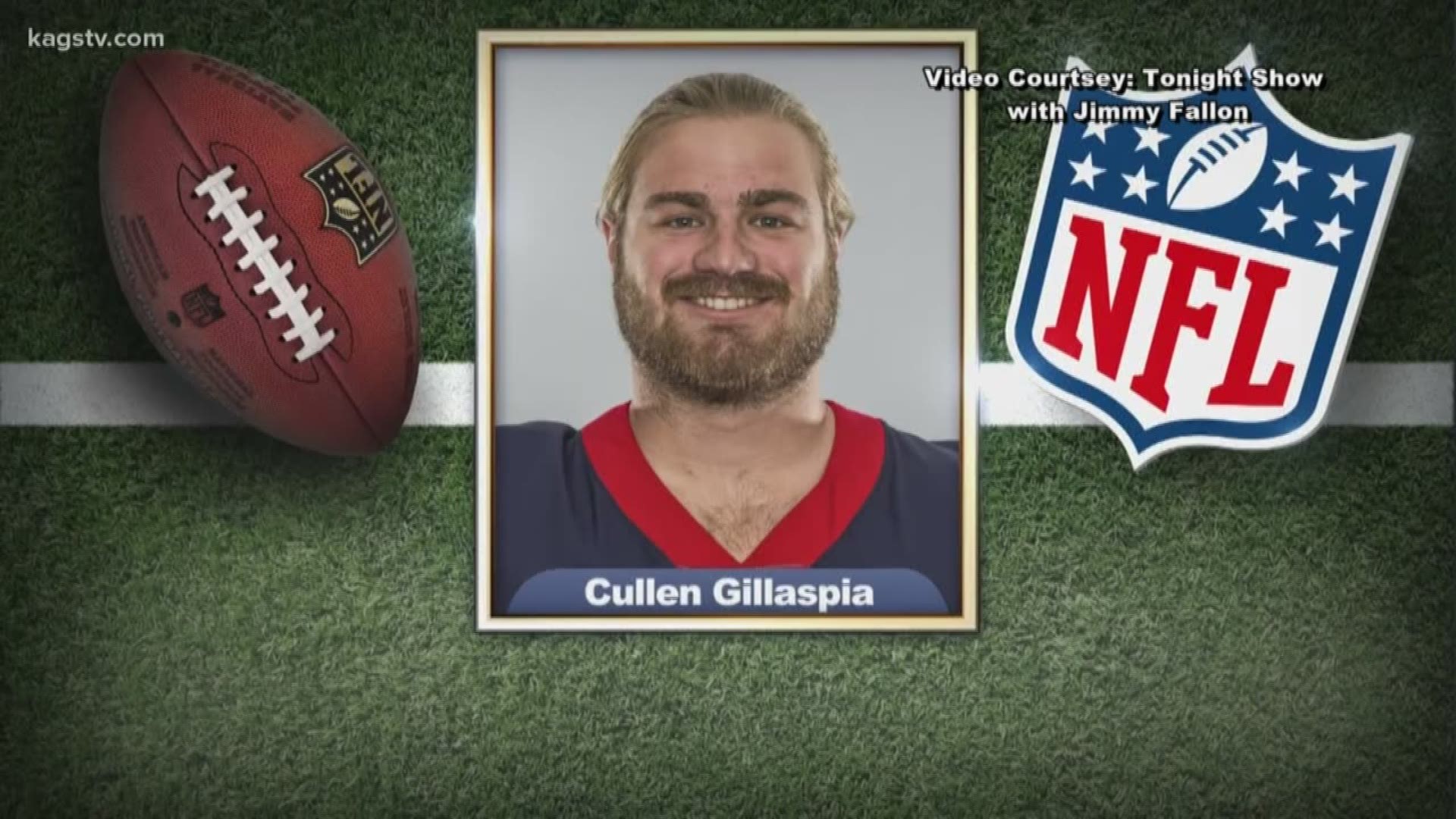 COLLEGE STATION, Texas — Former 12th Man, Cullen Gillaspia, got his very own shoutout from Jimmy Fallon during The Tonight Show with Jimmy Fallon.

The Houston Texans fullback was featured during Fallon's Superlatives talking about the Texans and Patriots game. He was named "Most Likely to Appear in the Background Villager in Shrek."

Gillaspia was a walk-on at Texas A&M and the first 12th Man to be drafted.

He was drafted by the Houston Texans in the seventh round, 220th overall, in the 2019 NFL Draft.