A witness told police two males robbed him at gunpoint and took his cell phone and cash at a local park. 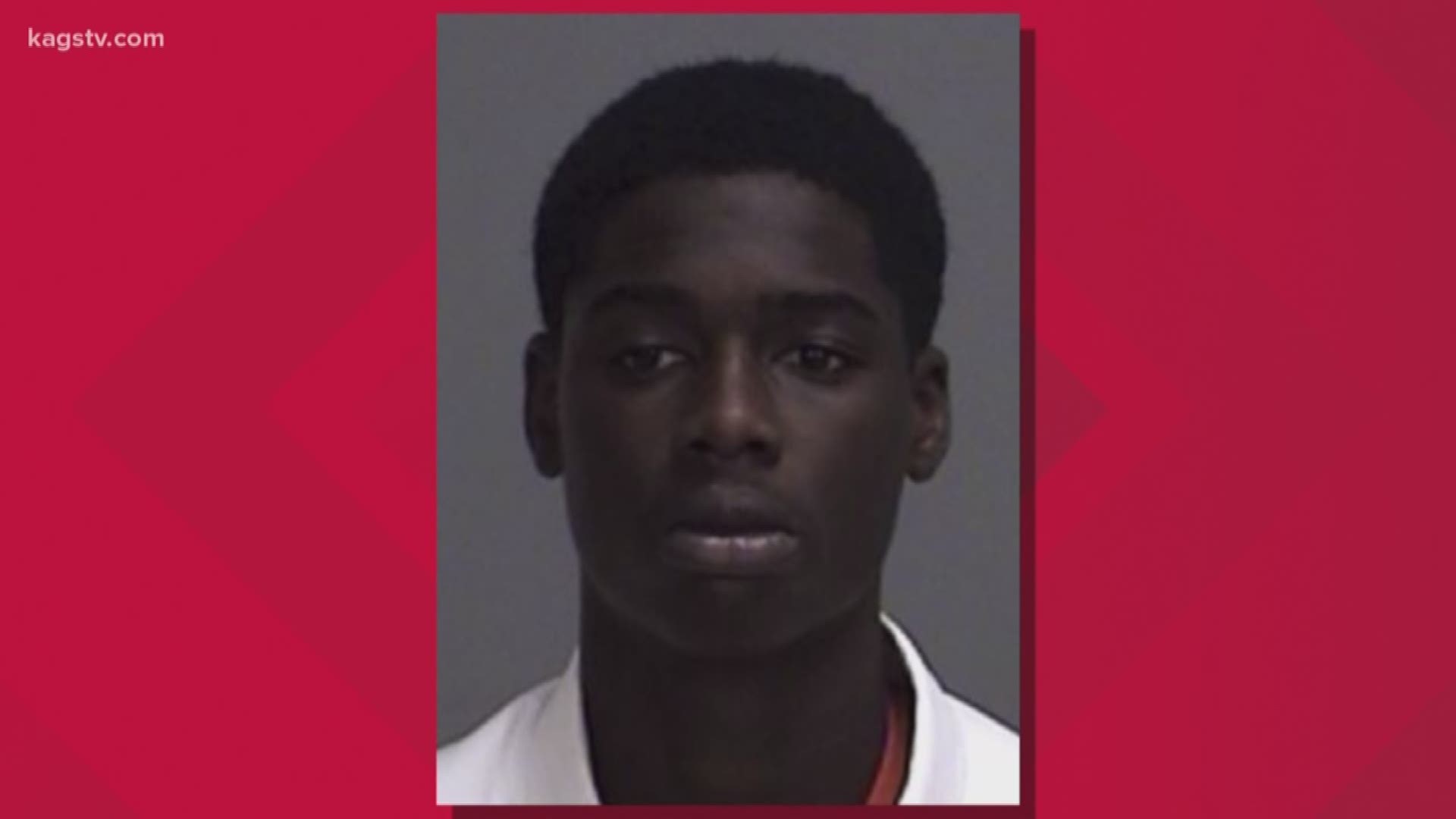 BRYAN, Texas — A Bryan teen has been arrested after being accused of robbing a man at gunpoint and taking his cash and cell phone.

Jecorius Kennedy, 17, is charged with aggravated robbery.  A second suspect in this case has not yet been arrested, but police said they believe they have identified him.

Police responded to Henderson Park on the 1600 block of Mockingbird Road just after 6:30 p.m. Monday.  A man said he was sitting in his work vehicle in the parking lot of the park when two teens walked up to him.  The victim said one teen, not Kennedy, had a gun and pointed it him through the driver's side window and told him to get out of the car, according to court documents.

The victim said he got out of the car and Kennedy and the armed suspect took his cell phone and his wallet, which had about $3,000 in cash inside, according to court documents.  Police said the victim told them he wasn't hurt and decided to drive his work vehicle home and then drove his personal vehicle back to the scene to look for the teens who had robbed him.

When police got to the scene, the victim told them he spotted Kennedy and the other suspect on Jordan Loop, but they had already separated and ran from the victim.  Police said they found Kennedy about a block away, hiding under a tree. The victim told police Kennedy didn't point the gun at him, but had been the suspect who took his phone and money, according to court documents.

Police then went to a home where the victim had seen the suspects on Jordan Loop.  After being allowed to search the home by the owner, police said they found a pistol and $200 in cash in the owner's son's room.

Kennedy is currently in the Brazos County Jail on $30,000 bond.