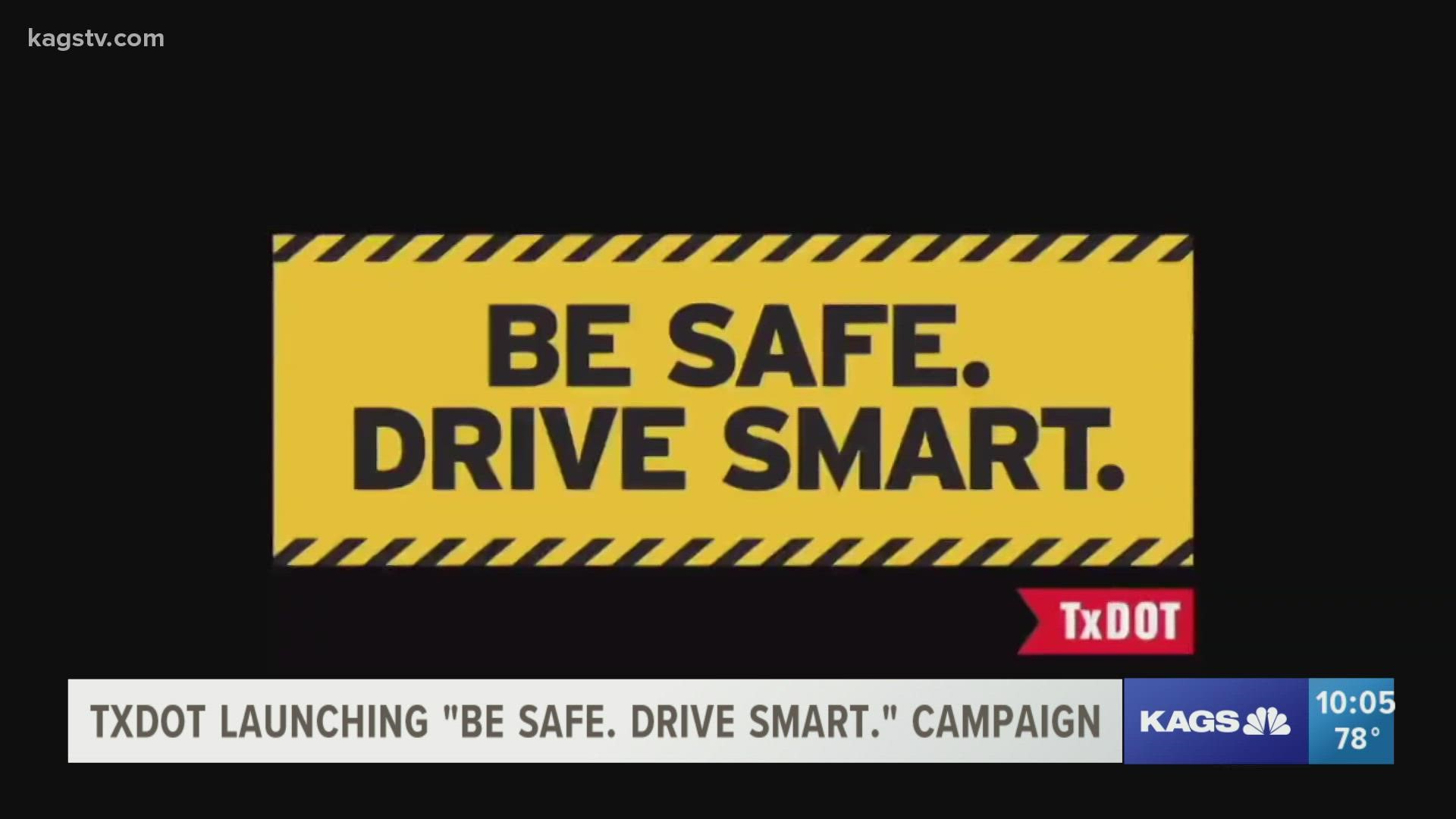 TEXAS, USA — TxDOT is launching its “Be Safe. Drive Smart” campaign by reminding drivers to watch out for kids walking and biking to school and offering safety tips for both drivers and children.

“We have thousands, if not millions Texas kids going back to school [this week],” Public Information Officer for TxDOT Bryan District Bob Colwell said, “TxDOT wants everyone to be safe so we’re launching this campaign in conjunction with our #EndTheStreakTX campaign.”

Colwell said we haven’t had a deathless day on Texas roadways since November 7th, 2000.

“We’re not only asking the motorists that drive in school zones, but the children to do their part as well,” Colwell said, “it’s never too early to start traffic safety with children.”

Tonight on @KAGSnews, @TxDOT's latest campaign wants to remind drivers to stay safe and watch out for kids as they head back to school.🍎

Find out more tonight about what fines you can expect to face if you're not careful in a school zone.🛑 pic.twitter.com/ecv3sKn1Nl

Colwell said this campaign tells children that before they cross any street, they need to look right, look left and then right again to make sure no cars are coming.

“We’re also doing the campaign because a lot of children in the state of Texas ride bicycles to school or they walk to school,” Colwell said, “so, it [this campaign] is for everybody.”

Colwell said in 2020, even though we had less traffic on the roads because of the pandemic, TxDOT reported more than 400 injuries of school zone-related crashes, 11 of those were serious, Colwell said thankfully no one was killed.

“In school bus traffic, we had 1,214 school bus crashes last year [2020],” Colwell said, “that’s something we think is preventable, it’s unacceptable and we want to change that.”

With all of this in mind, TxDOT is urging drivers to slow down, stay alert and follow all traffic laws to keep children safe and avoid costly fines and tickets

Here are some fines associated with passing a school bus: misdemeanor punishable by a fine of not less than $500 or more than $1,250, except that the offense is:

“I think it would be more tragic to lose a child than it would be to pay this type of fine,” Colwell said, “That’s the whole message, the key of our program is that we want everyone to be safe.”