Michael Green found a home for Bobo. His two remaining dogs Mommy and Daddy are now up for adoption at Aggieland Humane Society. 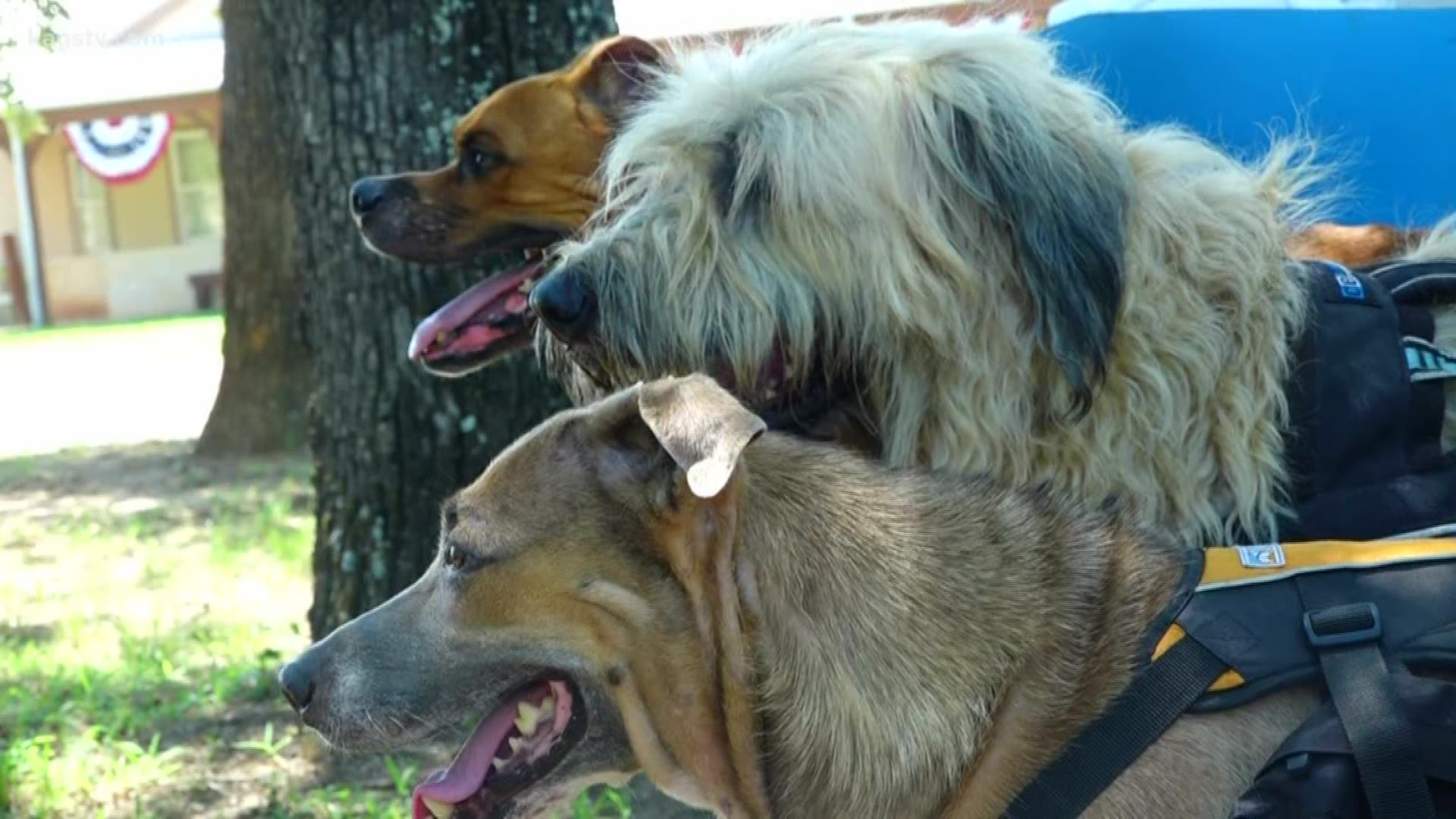 Both dogs have calm temperaments and know many tricks, ranging from common commands like 'sit' and 'stay' to more advanced tricks like 'giddy up' and 'tree'.

Daddy is a Boxer mix. Mommy is a Rhodesian Ridgeback mix.

Click here for more information on how to adopt Mommy and Daddy.

UPDATE: In the days since homeless Bryan man Michael Green reached out to the Bryan-College Station community for help rehoming his beloved dogs, dozens have reached out to help him.

One viewer adopted Green's youngest dog Bobo. Another viewer launched a Facebook Fundraising campaign on his behalf and ultimately raised over $2,200 to help Green.

Green is still searching for permanent homes for his two remaining dogs, Mommy and Daddy. 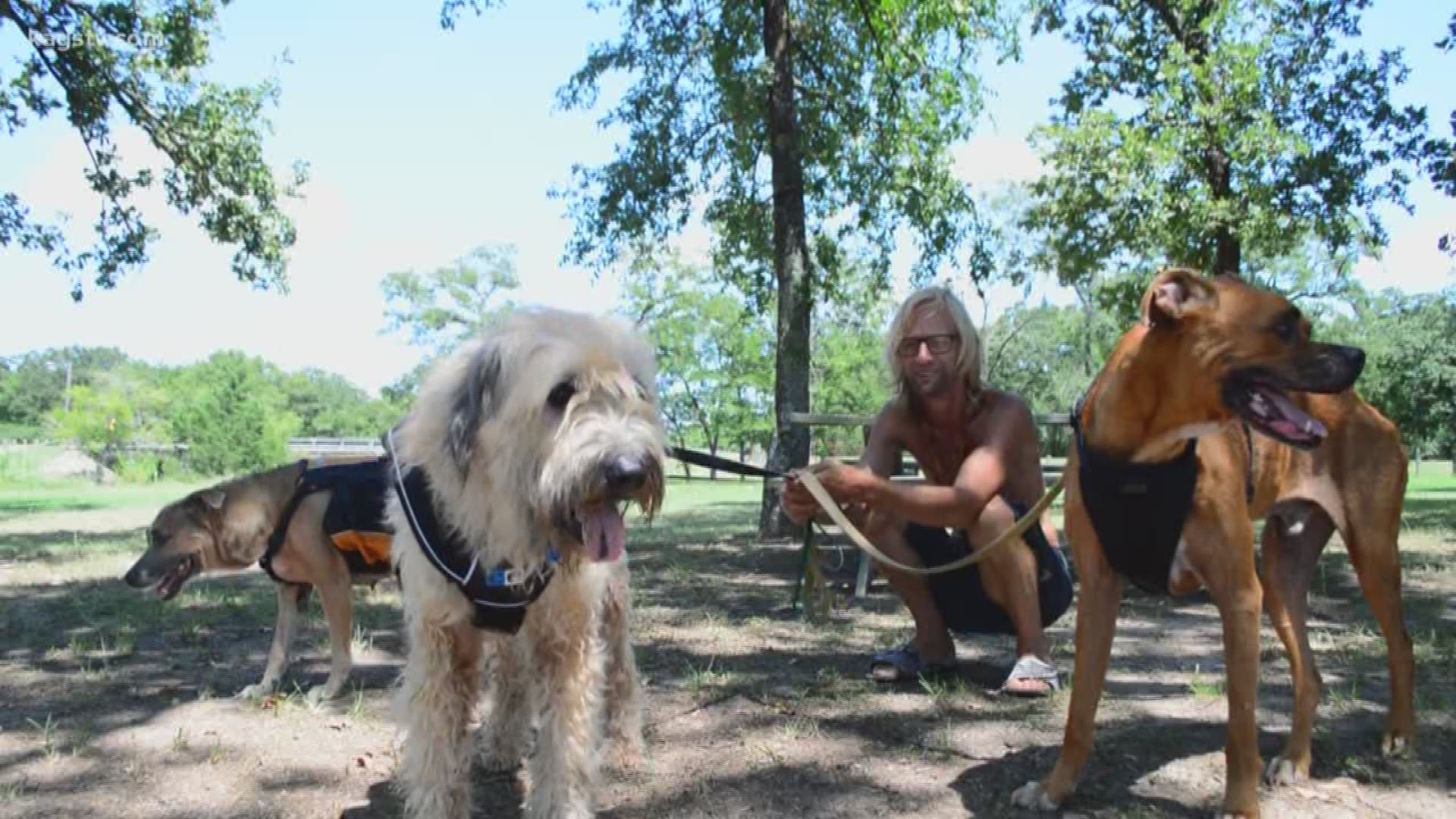 A homeless man in Bryan hopes to rehome his three beloved dogs.

Michael Lee Green, 57, lost his trailer July 1. Without money or a car, he began living out of a tent with his furry friends Bobo, Mommy and Daddy.

Triple-digit-temperatures coupled with a dwindling food supply have taken a toll, and with a heavy heart Green has made the decision to rehome the dogs he considers his family.

“They’re my children, they really truly are,” Green said. “I hate to give them up. Unfortunately through rough times I wish I could keep them, I really do, but I just can’t.”

Green said he hopes to enter a work for stay program but before he does, he’d like to find safe and loving homes for his dogs.

“I hope somebody really nice will take care of them,” Green said. “They’re really worth everything you could give an animal. They’re all around good dogs.”

Green reached out to several animal shelters but was told they were full and were not currently accepting any more animals.

Bobo, 3, and Mommy and Daddy, both 9, know so many commands, including “Giddy up,” “look around,” “tree,” and “halt,” Green has lost count. He said he’d happily write them all down for anyone who adopts them.