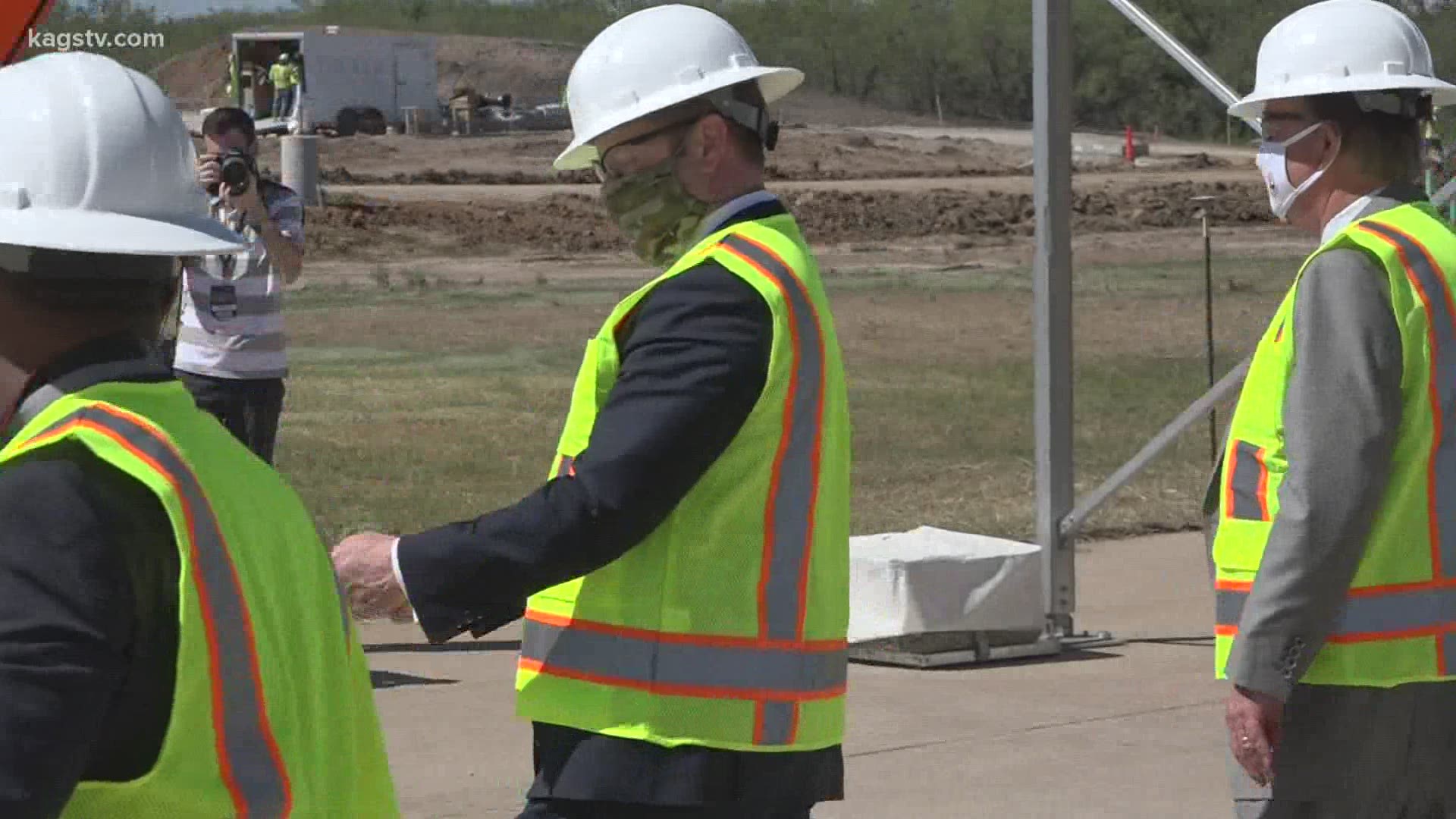 “This commitment to the collaborative research with the U.S. Army Futures Command (AFC) is beyond any expectation I could have had," said McCarthy.

Construction for the BCDC at the RELLIS campus is coming along. While there is still more work to be done, U.S. Army officials are looking towards the future.

"The U.S. Army has been in a transformation over the last three and half years, moving billions of dollars to modernize signature systems within our formation," McCarthy said.

The BCDC will play a key role in that modernization by hopefully speeding up research and technology development for the Army.

“We have made a lot of progress and a lot of that from the various research that has been going on around the wonderful campus," McCarthy said.

McCarthy toured the BCDC and took a look inside the Research Integration Center (RIC). It will serve as the command center for the BCDC and direct and evaluate testing. Construction for RIC began in October 2019 and is expected to finish August 2021.

McCarthy also took a look at test ranges, that are soon to be built, for hypersonic delivery systems and battlefield communications and autonomous vehicles.

“I would say its very few, very select universities that would have the scale and sophistication to do what we’re doing here," McCarthy said.

McCarthy believes a reason why Aggieland will house a complex to this caliber is because of the men and women through Texas A&M University.

“We’re able to bring our soldiers here, to conduct the research side-by-side with research engineers and have a solider center design," McCarthy said.

BCDC is one of four states of the art locations in the country to do the type of work they will be supplying and researching. Those working at the complex look forward to delivering.

"Our customer is the U.S. soldier," said Col. Ross Guieb, the BCDC executive director. "It’s the service men and women that fight our nation's war. That is the ultimate customer.”

This $200 million complex is a partnership between the U.S. Army Futures Command and The Texas A&M University System, Texas A&M Engineering Experiment Station and the State of Texas.

Army Secretary Ryan McCarthy is at the RELLIS campus to see all the construction underway at the George H.W. Bush Combat Development Complex. pic.twitter.com/WAMSOVRJ9L