'He’ll suffer forever because of you': Brittany Zamora sentenced to 20 years in prison after emotional hearing

PHOENIX — Editor's Note: The above video details the entire case from Zamora's arrest all the way to just before her sentencing hearing Friday, July 12.

In a roughly hour-long sentencing hearing Friday, Brittany Zamora learned her fate after she admitted to having sexual contact with her 13-year-old student.

The former sixth-grade teacher was sentenced to 20 years in prison. Her sentencing came more than a year after her initial arrest.

The victim's family was not present in the courtroom Friday, but statements were read by their lawyer.

READ: A predator in the classroom

The victim's mother said she hated Zamora for what she did to her son. The victim's father said the family would "defeat" her and his son "will grow up and have a good life."

“I pray that you never have the blessing to have a child,” the victim's dad said in his statement.

Zamora also had some support in the courtroom Friday, including from her mom, who said her daughter wasn't a monster.

The former teacher said she would like to attend counseling moving forward.

"I'm a good and genuine person," she said. 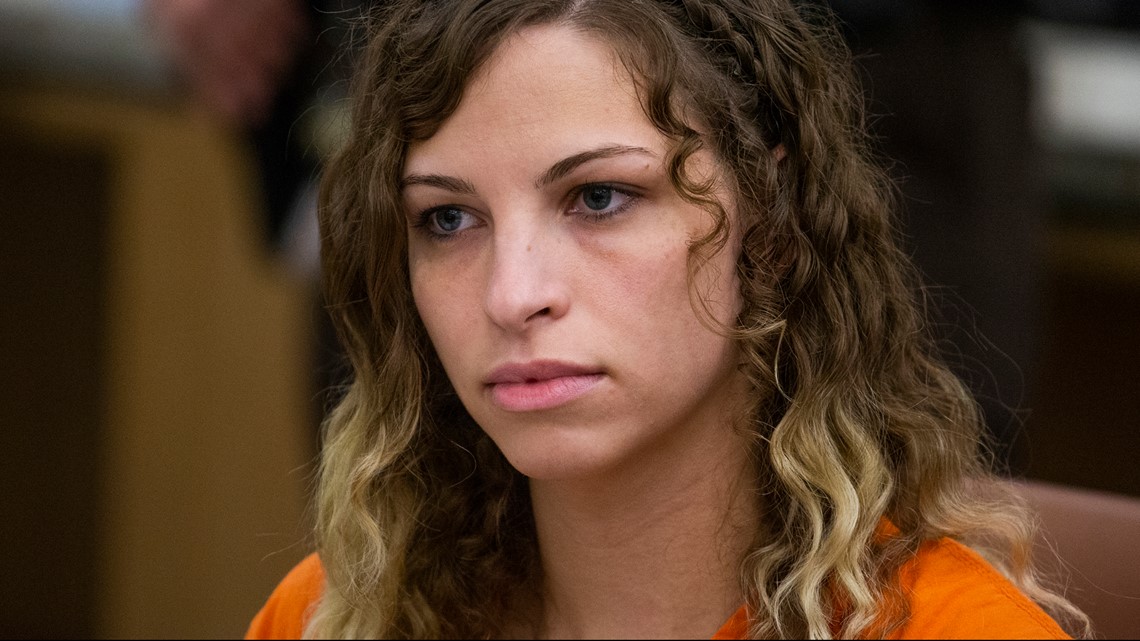 RELATED: 'This was a teenager': Brittany Zamora's lawyer deflects blame after client sentenced to 20 years for sexually abusing student

11:04 - Zamora sentenced
The judge sentenced Brittany Zamora to the minimum of 20 years in prison.

Zamora said she was "deeply sorry," adding that she would like to attend counseling going forward.

"I'm a good and genuine person," she said.

A family member/friend spoke in support of Zamora asking the judge to make a decision that is fair and humane in the eyes of God.

Zamora's lawyer asked for the minimum sentence of 20 years. The former teacher could be seen crying as her lawyer said she doesn't have an ounce of malice.

He says she has become a teacher to her peers in jail.

Zamora's mom begged the judge for the minimum sentence saying she's not a monster and was abandoned by her father.

The prosecutor asked the judge to sentence Zamora to 27 years in prison.

Zamora shakes her head “no” when the prosecutor says she begged the victim’s family not to go to police.

She said Zamora tried to groom her son. Zamora shakes her head "no" in response.

She finished her statement yelling at Zamora and telling her that everyone hates a child molester.

The victim's father was also not in the courtroom Friday morning, but his statement was read by the family's lawyer.

“As a family, we will defeat you...my son will grow up and have a good life.”

Zamora gets tearful when lawyers says she should never have children.

“I feel [the victim] will suffer forever because of you.”

Victim’s mom: “I trusted you.”

The victim's layer speaks directly to Zamora reading a statement from the victim's mother saying the boy doesn't know who he is anymore.

"I hate you for what you did to my son"