The program will be back at the start of spring semester with enhancements, officials said. 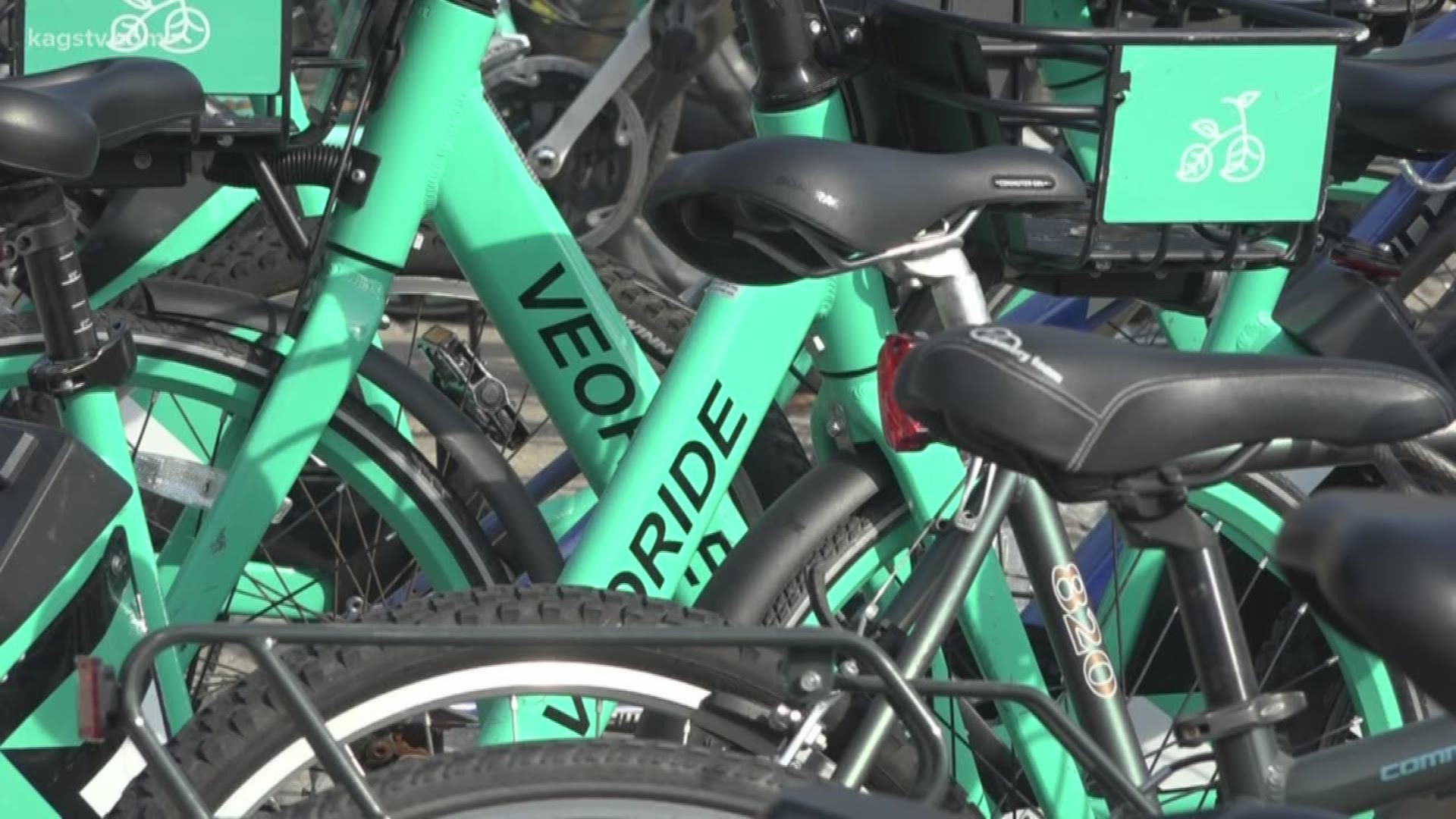 COLLEGE STATION, Texas — UPDATE -- VeoRide, a bike sharing company that offers bikes to ride on the campus of Texas A&M, will be back at the start of spring semester 2020.

Transportation Services has agreed to renew the contract and it will make several hundred bikes available to students and staff. However, this time around, there are several program enhancements, according to a press release sent to KAGS Wednesday.

There will now be a "lock-to-a-rack" system for securing the bikes before ending each trip. There is also a revised and smaller geofence that allows the bikes to be used on campus only, which includes Park West and Century Square. The bike fleet will increase in size as new bikes with the added features are implemented into the program.

However, if you choose to use the bikes and abuse them, the fines will increase. The fine structure has not yet been released, but Transportation Services stated they will give more information on January 7. One thing that hasn't changed are memberships, as those remain active.

We'll continue to update you on this story as information becomes available.

The teal, two-wheeled bikes that can be seen across campus and town, may not be renewed for a following year.

VeoRide, the bike sharing company that partnered with Texas A&M at the beginning of the year, may not return to campus.

An email sent to students Friday night said the contract's renewal was under discussion.

Students on campus were conflicted.

First-year student Jacob Searcy said he relies on VeoRide to get across campus. He said he wants the contract to be renewed and getting rid of the program would limit the options students have to get around.

Tanner Docson said the bikes get in his way and he doesn't think the contract should be renewed.

Texas A&M transportation services could not comment until the contract is finalized.