The health district said the mosquito sample was taken from the 77845 zip code in College Station. 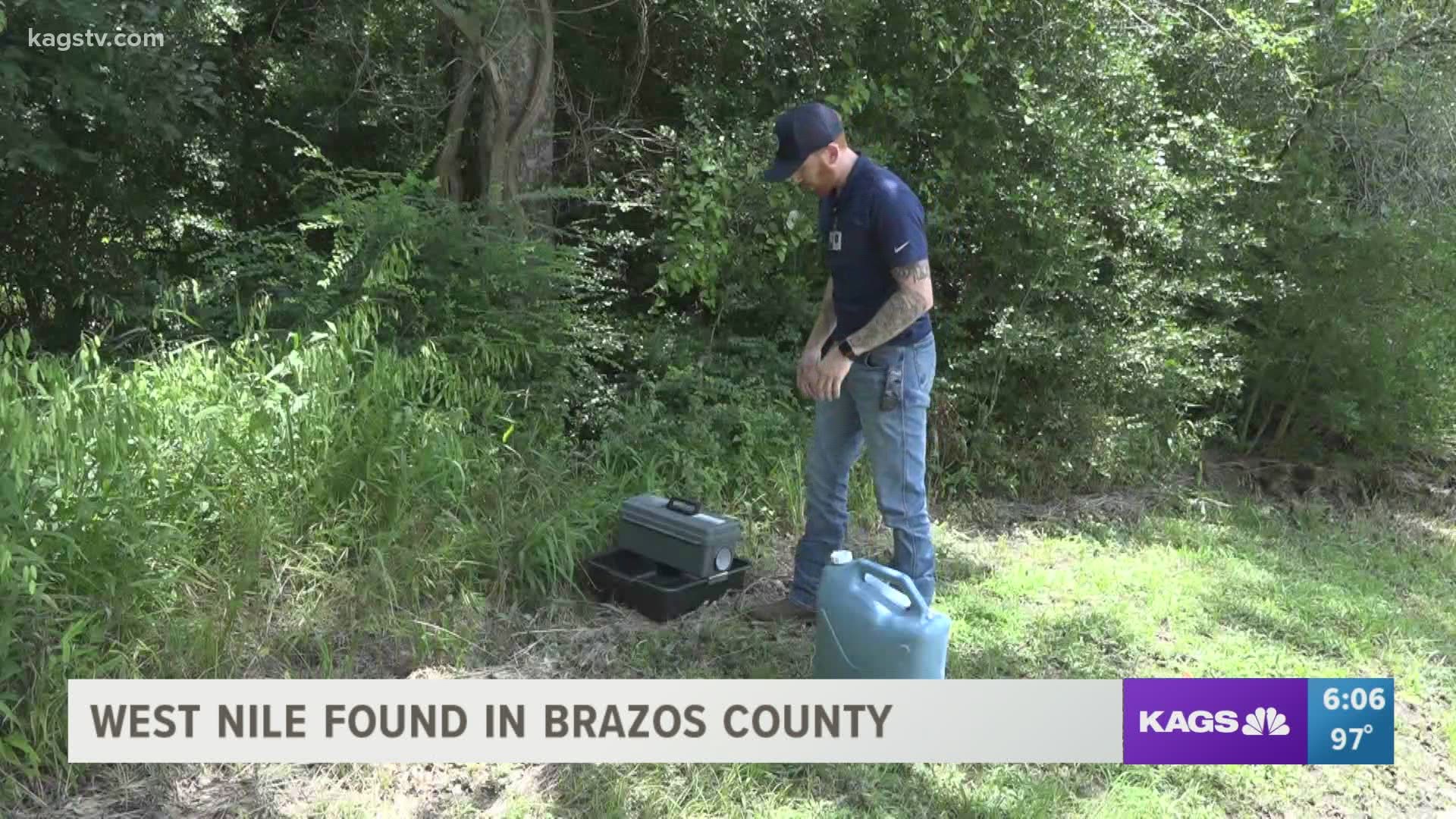 BRAZOS COUNTY, Texas — The Brazos County Health District confirmed mosquitoes in the area have tested positive for the West Nile Virus. The mosquito samples were taken from the 77845 zip code in College Station, but that doesn't mean that's the only area that should be concerned.

The health district's Mosquito Surveillance Unit said all of Brazos County should be aware of this virus and consider all areas within the county to be positive for West Nile.

West Nile is passed on to humans through the bite of infected mosquitoes. The health district said while it is true that most people who are exposed to the virus don't get sick, there are people who can suffer severe symptoms and even death from West Nile.

#DYK? Mosquitoes can spread West Nile virus, malaria, and other germs. Only one mosquito bite can make you sick. Learn how to control mosquitoes around your home. https://t.co/x8kueEGR9q #NationalMosquitoWeek pic.twitter.com/2GZ1IlYuWR

Those who do develop symptoms suffer headache, fever, body aches, nausea and fatigue. While it's not common to die from West Nile, it can affect the nervous system, leading to disorientation, paralysis and convulsions.

West Nile can't be treated with medication and there isn't a vaccine to stop people from getting infected. The health district said 172 people have died from the virus in the last 10 years.

How to protect yourself

The health district is asking the people of Brazos County to remember the 4Ds to reduce your risk of getting West Nile.

Each week, the Mosquito Surveillance Team sets out and collects adult mosquito traps in pre-selected locations across Brazos county. They use several different types of traps at each location, all of which are made to attract different types of mosquitoes.

The BG Sentinel trap is a collapsible fabric container with an intake funnel and catch bag at the top. It mimics convection currents similar to human respiration and is used in conjunction with CO2. This trap particularly attracts Aedes species of mosquitoes.

The Gravid trap consists of stagnant, alfalfa-infused water and an updraft trap with a fan to collect mosquitoes. It is specifically designed to attract gravid female Culex quinquefasciatus mosquitoes, the main vector of West Nile Virus in Brazos County. If a female is gravid, this means it has taken a blood meal and is preparing to lay it’s eggs.

The CDC Light Trap uses a combination of light and CO2 to lure mosquitoes into the collection chamber. This particular trap is very versatile in where it can be placed (trees, storm sewers, etc.) and a variety of species are attracted to it.