After hours of monitoring, the Houston Fire Department says air quality is now okay and the shelter-in-place has been lifted. 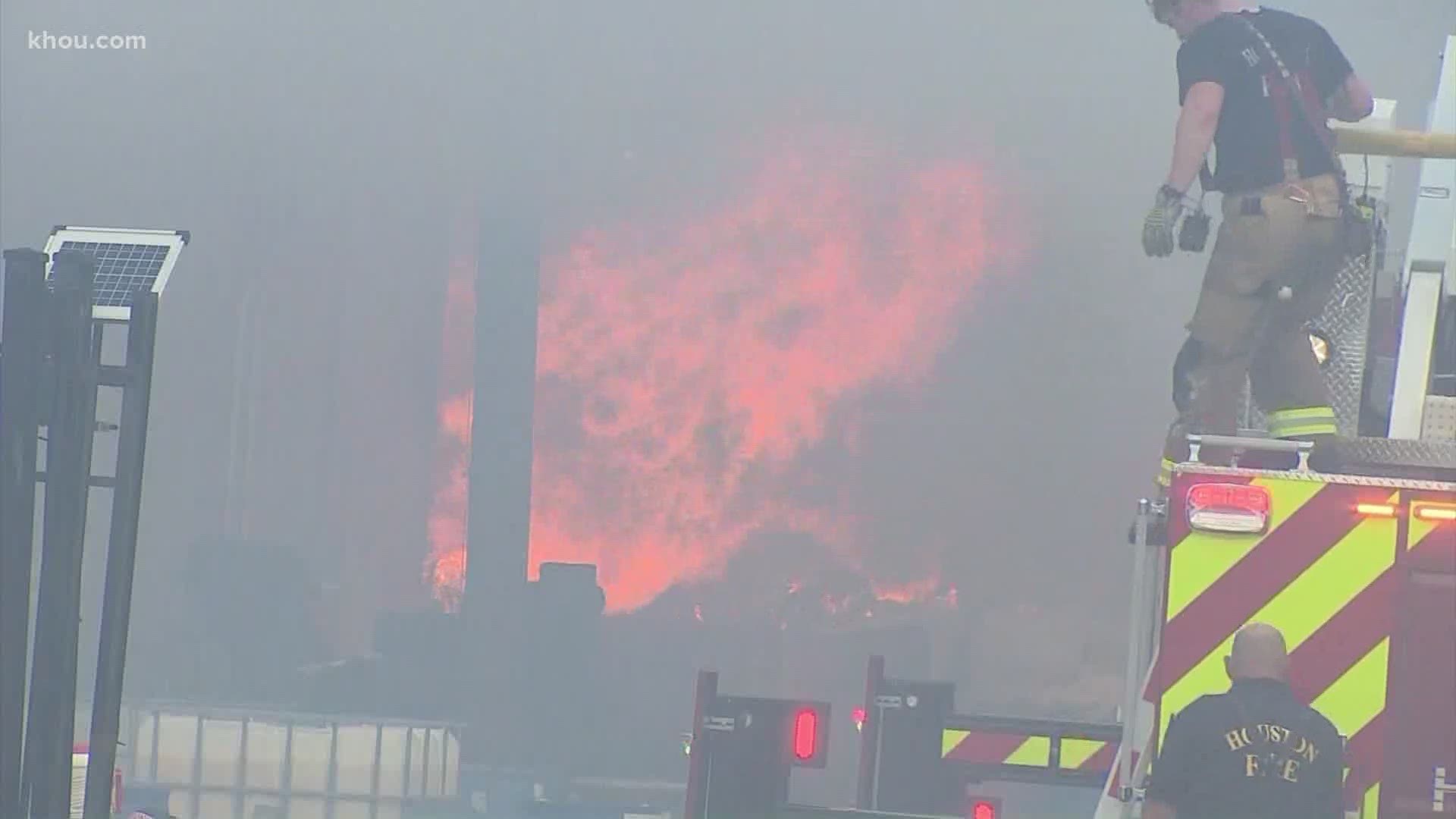 Two Houston Firefighters were taken to the hospital with heat exhaustion. No other injuries were reported and everyone inside the building has been accounted for.

HFD monitored the air for several hours because of two chemicals stored inside the warehouse -- a type of alcohol and sodium chloride.

According to the National Library of medicine, sodium hydroxide is corrosive and can cause irritation to the eyes, skin and mucous membrane.

Fire officials say the warehouse contained many other chemicals -- the list too long to list. But none needed to be reported to the Environmental Protection Agency.

The shelter-in-place for nearby residents was lifted around 4:45 p.m.

Firefighters decided to let the product burn out to prevent chemicals from spilling and running off into the sewer.

They did have some green dye runoff. The Fire chief says this was tested and it's a neutral product that is used for shampoos and conditioners.

The Houston Fire Department responded to the fire at Westpark at Fairhill, just west of the Southwest Freeway, at approximately 10:30 a.m. Friday.

HFD said the warehouse, which operates as a retail store in the front and a wholesale shop in the back, quickly burned, forcing a second and third alarm call.

Houston Fire Chief Sam Pena said HFD Ladder Truck 28 caught fire when some of the products from inside of the store spread underneath the truck and ignited. Pena said the truck is a total loss.

The ones who rushed in to try and save the truck were driven away by extreme heat from the fire.

The fire crews also faced other challenges, including lack of water and 90-plus degree temperatures. Fire department reporting a water main break.

"This today is an example of what the brave women and men of the Houston Fire Department do every day," Firefighters union president Marty Lancton said.

The business was inspected in April 2018, according to Chief Pena and no violations were found.

Emergency crews will be on scene for the next several hours.

Check back for updates to this developing story.