The one-eye furry friend frequented ShipWreck grill, where a painting now hangs in his honor 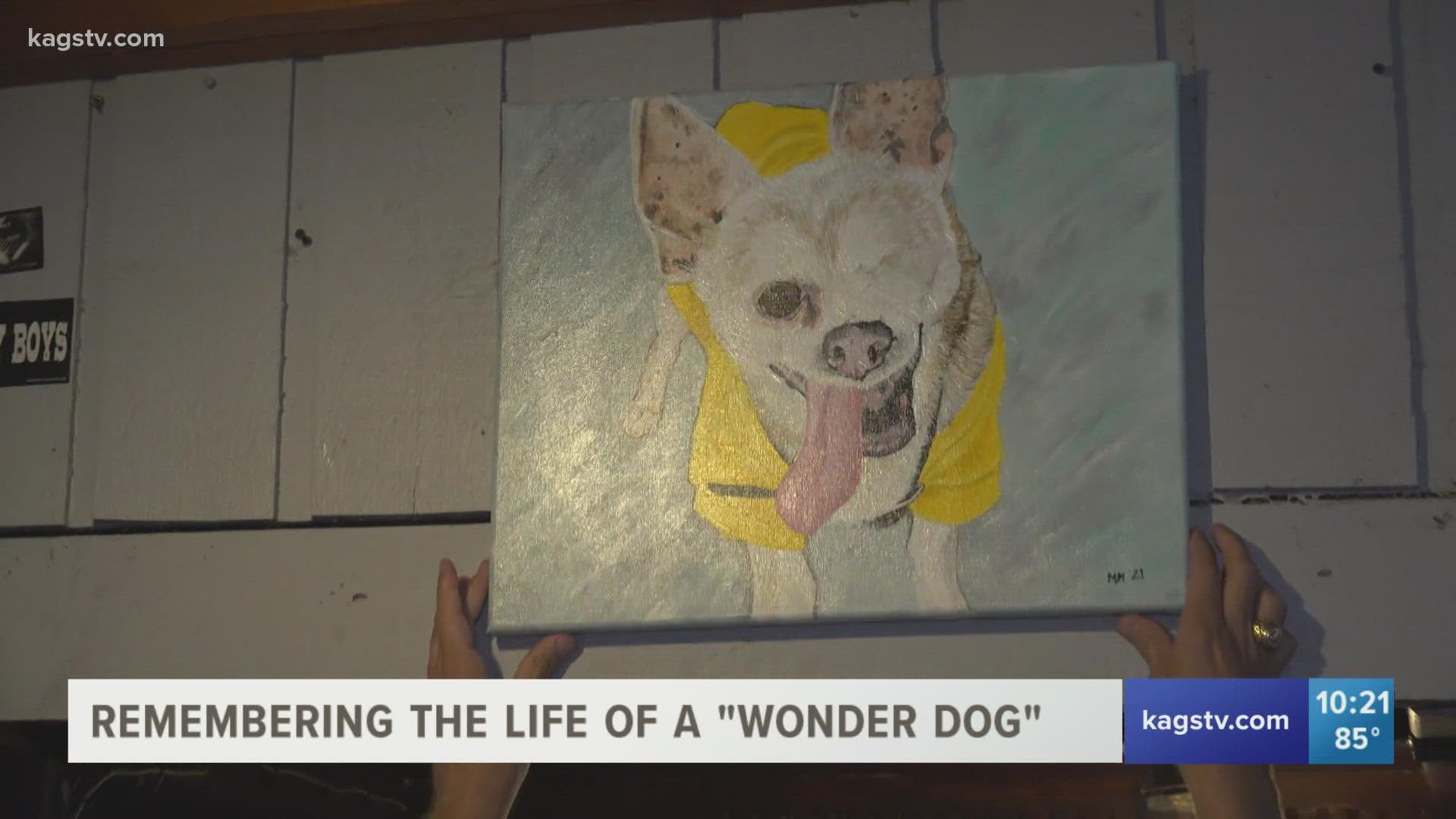 BRYAN, Texas — She's an advocate for the rights of shelter pets. He was a one-eyed chihuahua.

Judy LeUnes met Wienkie the Wonder Dog in 2011 where she intended to foster him for a short time. That short time turned into signing adoption papers and for 10 years, Wienkie’s presence shined throughout Bryan and College Station with Judy and her husband Arnold, by his side until his death in February.

A local at the Shipwreck Bar and Grill in Bryan, the LeUnes’s brought along their four-legged friend where he quickly became a crowd favorite. After meeting Wienkie herself, Shipwreck owner Mary Beckman made him the restaurant’s official mascot.

“ShipWreck is a motley crew,” Beckman said. “Part of that is our community and the people who make us who we are. Wienkie is very much a part of that.”

“He just loved people and everybody loved Wienkie and Wienkie loved everybody,” Judy LeUnes said.

LeUnes, known for her work as a local animal activist and as the president of non-profit Wienerspiel, had a close bond with Wienkie that many from the outside noticed and appreciated.

“Judy had Wienkie for 11 years,” artist Amanda Murphy said. “[He] had the best 11 years of his life and it’s really comforting to know that when I get sad about him passing away.”

Earlier this year, blind, fragile and deaf, Wienkie managed to pay one last visit to the restaurant he considered home. There, he walked the ship deck one last time.

Two weeks later, Wienkie crossed the rainbow bridge — the next path in a dog's journey after life itself.

To celebrate Wienkie’s life, Murphy, LeUnes, the ShipWreck crew and others gathered Wednesday for an unveiling of a painting of their four-legged, one-eyed friend. A friend that warmed their hearts for over a decade.

Painted by Murphy, a wide-eyed Wienkie, dressed in a yellow sailor’s outfit, now hangs above the ShipWreck grill, where he will remain.

“Wienkie’s life will always kind of shine on us,” LeUnes said. “His memory will live here forever.”