Two years later, many fire victims are struggling to recover, and some still don't have homes. 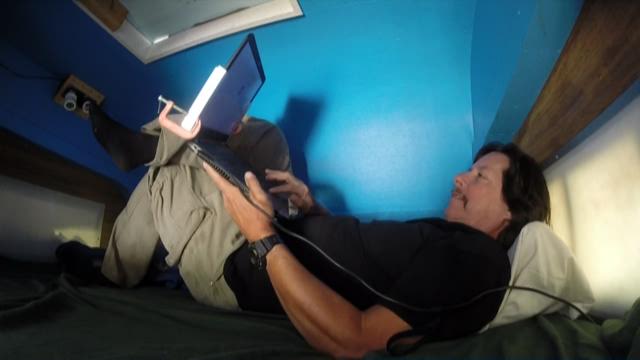 Saturday marks the two-year anniversary of the biggest wildfire in Washington history: the Okanogan Complex Fire, which killed three firefighters and destroyed more than 100 houses.

Two years later, many are still struggling to recover, and some still don't have homes.

Right now, 64-year-old John Oelund calls the back of his 1986 Toyota pickup home.

He has lived there since August 23, 2015, when the Okanogan fires destroyed his trailer and just about everything else he owned.

"It's something that gets in the way of your life and makes it a little bit tougher," he said, clearly an understatement.

"I've had mice living in my camper stove," he said. "A black bear came in three weeks ago at 11 at night and cleaned out my refrigerator."

After the fires, Oelund's first order of business was putting a roof over his head, but with no insurance and little money, his options were extremely limited.

Making matters worse, the catastrophe didn't qualify for federal disaster relief – even though 120 families lost their homes, along with the fact that the biggest wildfire in state history came just one year after the second biggest: the neighboring Carlton Complex Fire, which destroyed 300 homes.

FEMA officials told fire victims the situation didn't meet the federal guidelines, which were quite subjective at the time.

"We were told the damage wasn't concentrated enough," said Pateros Mayor Carlene Anders. "We didn't like it, but there wasn't much we could do."

Oelund and dozens more low-income and sometimes disabled people were out of luck, but not out of hope.

They enlisted help from the Red Cross, church groups and anyone else who would donate a dollar or lend a hand.

The group was able to raise nearly $3 million to rebuild homes for those who couldn't do it themselves.

Countless volunteers from across the country started showing up to build the homes. Some have reportedly been at work for up to six months.

A group from Bellevue Christian Reformed Church was among nearly 2,000 volunteers coming to help.

"We're blessed to be here," said Jeff Moore. "It's truly an honor, especially when you see what people have gone through. It's amazing to see people living in the conditions they are while they're waiting for a home to be built."

Because all of the labor is done by volunteers, it has been a slow and often difficult process.

One by one, however, people are putting their lives back together. So far, 25 families from both the 2014 and 2015 fires once again have a place to call home, with 15 more in the works.

Case worker Jessica Rounds said the continuing aftermath of the fires is still very present for many.

"When you have a disaster that levels you and everything you own it's a combination of loss and trauma. Some people just have a harder time with that," she said.

For now, the struggles continue. John Oelund will spend another winter living in his camper before his home is ready, but at least he knows one is in the works, thanks to a community that truly takes care of its own.

"It's a remarkable community. That's why I'm here, for the people."

Organizers are still trying to collect another $470,000 to finish the final six homes. If you'd like to donate time, materials or money, go to www.OkanoganCountyRecovery.com. 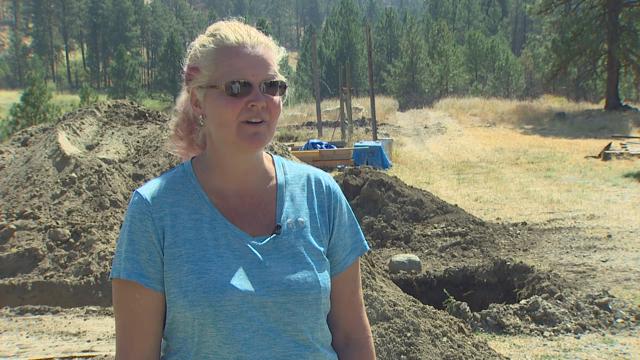