Drought, climate change, fish and wildlife habitat, and urban intrusion into the forests are some of the areas that are the focus of the new 2020 plan. 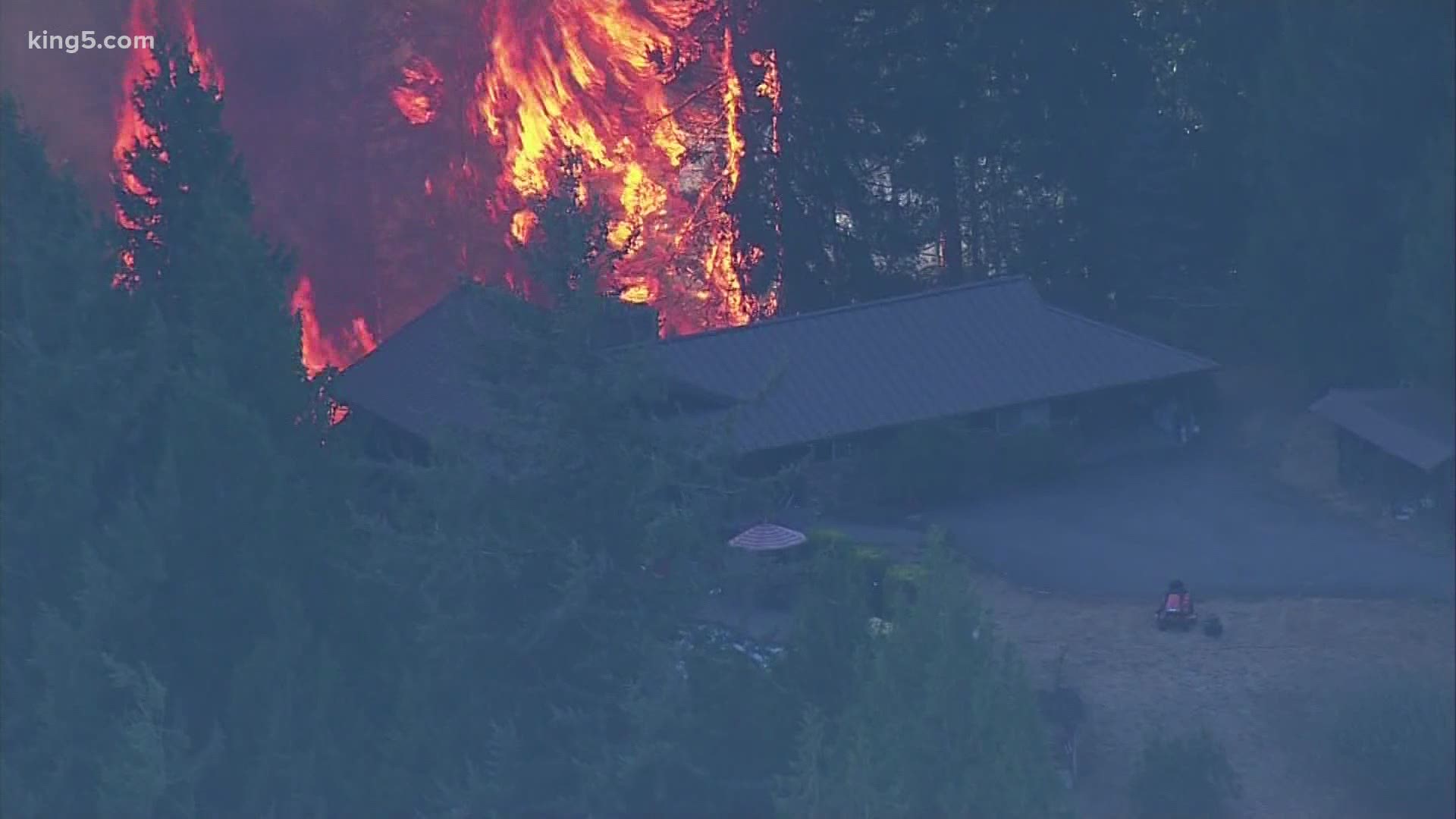 SUMNER, Wash. — Wildfires in western Washington are just one critical part of the state’s forest health that was addressed in a new Forest Action Plan released by the Department of Natural Resources (DNR).

Drought, climate change, fish and wildlife habitat, and urban intrusion into the forests are some of the areas that are the focus of the new 2020 plan that is focused mostly on the west side of the Cascade Mountains to the coast.

This September’s Sumner Grade Fire was another reminder that the typically ‘wetter side” of the state can and does burn, especially in the late summer and the number of fires is increasing.

“We have got to work at the speed of wildfire,” said Hilary Franz, the Commissioner of Public Lands and lead of DNR, which also serves as the state’s largest fire department. “We will be coming back in the next legislative session with a request for dedicated revenue around wildfire protection and forest health, and community resilience.”

The first forest health plan was released in 2017 with a focus on central and eastern Washington, which saw back-to-back record fires in 2014 and 2015. Part of that plan was to reduce wildfire fuel in forests east of the Cascades

Scientists say the fire ecology on the east and west sides are very different.

Eastern fires are more frequent and tend to burn with less intensity, at least before a century of fire suppression and the buildup of fuels on the forest floor ranging from downed branches to the overgrowth of brush and the buildup of other debris. Much of that lighter fuel would be naturally burned out by low-intensity fires, leaving the larger healthier trees behind.

Western fires are different. The fires are much more intense and leave few surviving trees and what is called a “stand replacement fire.” They can range in size, but the largest fire in recorded state history was the Yacolt Burn in 1902 in southwest Washington. It was a record that stood until the Carlton Complex fire in central Washington in 2014.