Texas A&M's campus has been taken over by yellow bikes. KAGS Kacey Bowen shows us what these yellow bikes are doing in what is normally a sea of maroon. 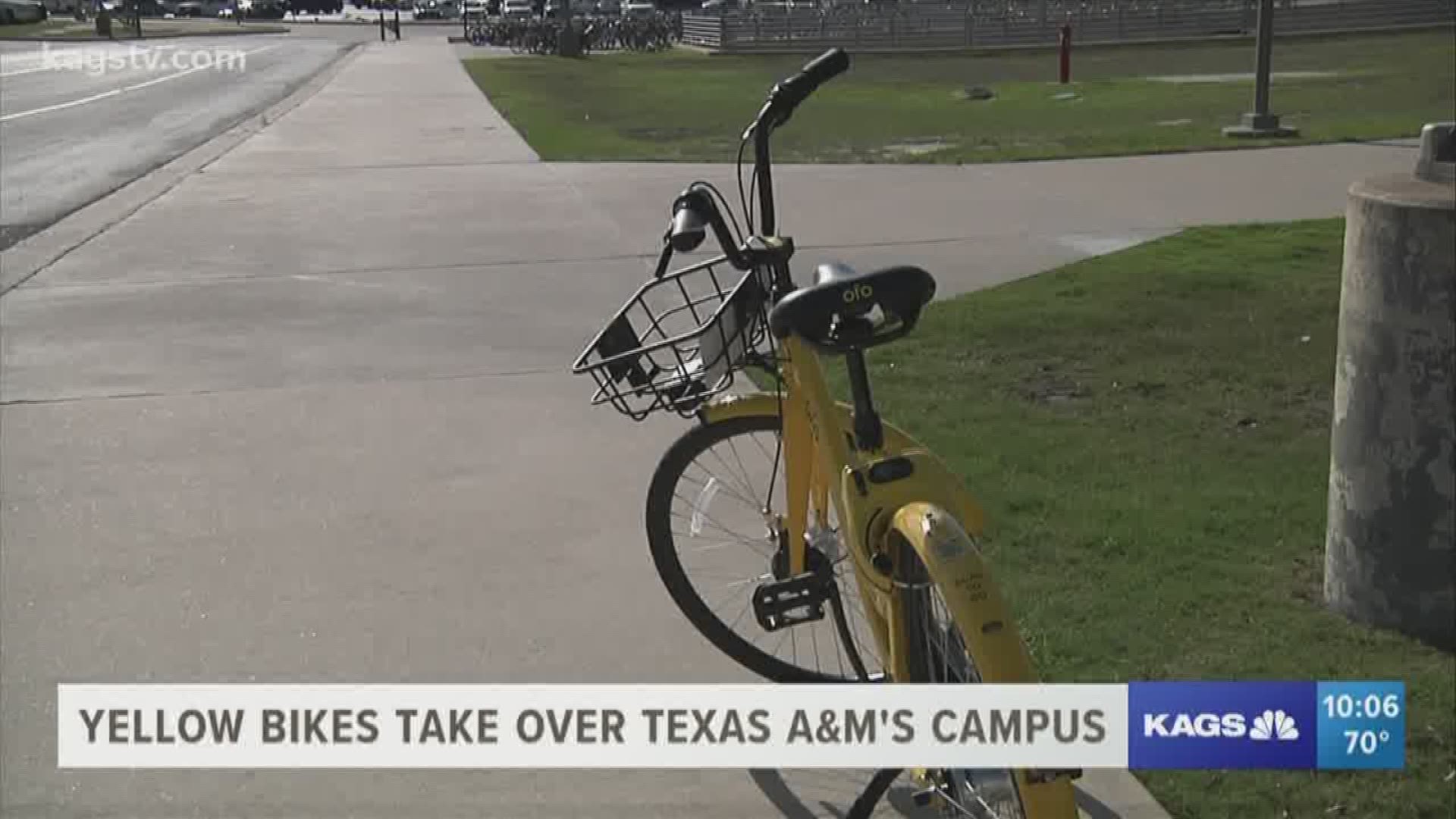 COLLEGE STATION - A sea of maroon has become a sea of yellow.

Texas A&M and OFO partnered together in February to bring the bikes to campus. Since the start of the program, there has been over 100 thousand rides. Bikers rode over 39 thousand miles in March alone.

However, OFO is different. It's a "dockless" bike share. Which means there is no specific area to leave the bikes once you are finished with your ride.

And students at Texas A&M have been seeing them in all kinds of places.

Zach Tomlinson says he's seen them in yards, roofs and even a kitchen.

"My friend had one in his kitchen for over a week," Tomlinson said.

Ron Steedly with TAMU Transportation Services said the majority of students are using the bikes correctly. That it is less than two-percent of the users who park or leave the bikes in "illegal" areas.

That could mean bikes being left in parking lots, in the grass, or in the middle of sidewalks. And while "dockless" means there is no specific place to leave them, it is recommended to park them in bike racks, or out of the way of pedestrian or vehicle traffic.

"On campus we are not thinking of it as a park anywhere kind of thing," Steedly said." "But, you pick it up at a bike rack and leave it at a bike rack."

And leaving these bikes in bike racks, or out of the way, can help restrict any potential harm.

Users who find bikes in hazardous or misplaced areas, can report the bike through the OFO app. All one should do is log in, scan the code and report "Illegal Parking."

Steedly encourages students, or anyone in the community who have issues with these bikes to reach out to him or email ofo@tamu.edu