The Pennsylvanian brand beer made its statewide premiere Wednesday 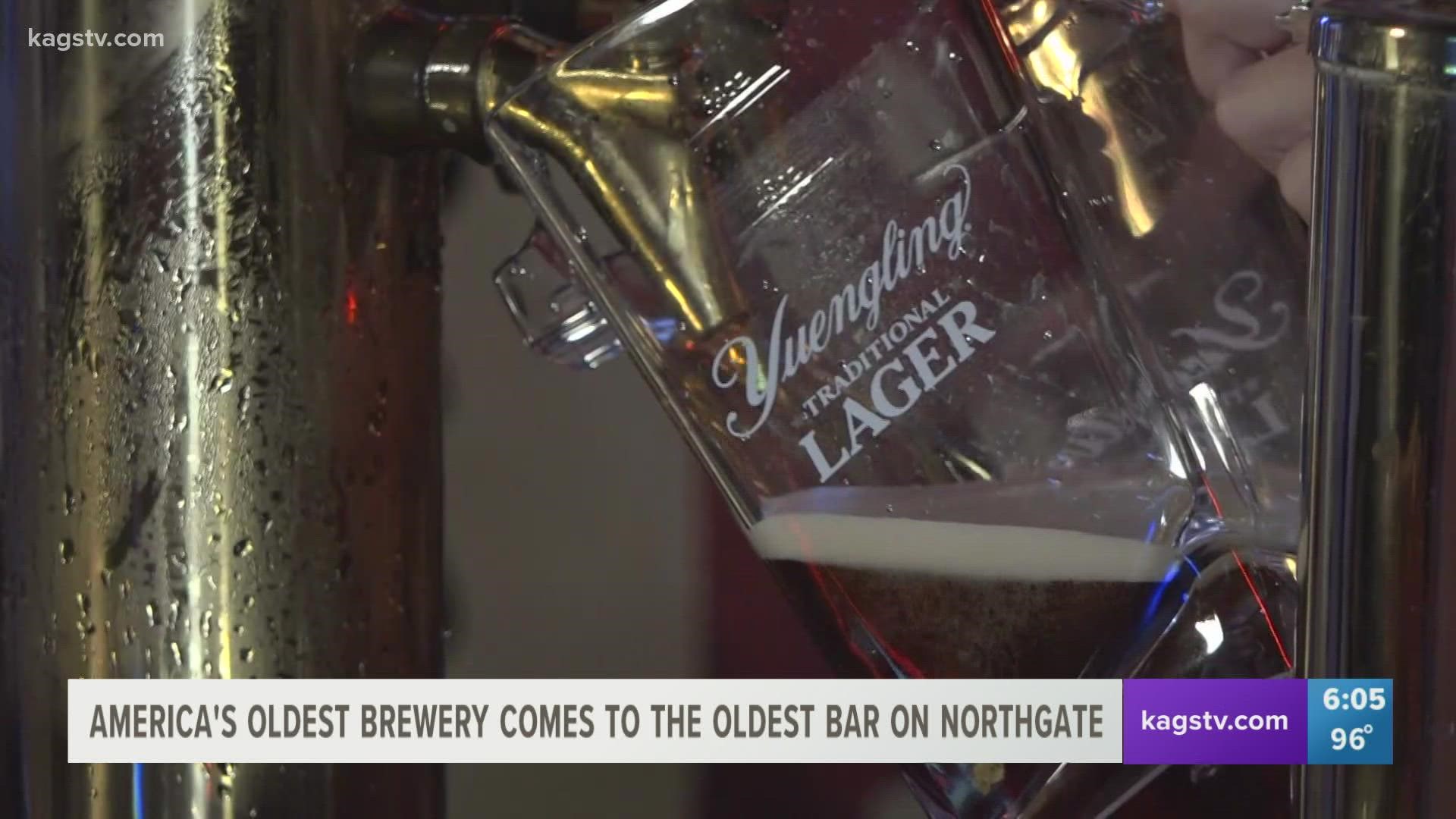 COLLEGE STATION, Texas — Bars and breweries are notorious for being owned and operated by men.

You can get it light or dark beer, bottled or on draft, but when you can’t decide which one you want, it’s good to ask the experts and in this case, Sheryl Yuengling is one of the best experts in America.

“We’ve [had Yuengling Brewery] been around for 192 years,” Sheryl Yuengling said.

6 generations of brewmasters in the oldest brewery in America, now coming to Texas and right here in Brazos Country.

“This is bigger than the last four or five states that we opened so, it’s a huge deal for us and we’re super excited for it,” Yuengling said.

🍻 @yuenglingbeer is officially in Texas!

Head over to Dixie Chicken off of University Dr. inside Northgate to satisfy your tastebuds with some great beer.

The first step to getting a good beer, finding a good bar, like college station’s Dixie Chicken.

“We feel like we’ve been planning this forever,” Co-owner of Dixie Chicken Jennifer Ganter said, “The buzz and the excitement over it is just overwhelming.”

Overwhelming in the best way possible.

The partnership between Yuengling and Dixie Chicken is more than just good cold beers, it’s about women proving they can do what men do.

“You just have to have a little bit of tough skin and just go with it,” Ganter said.

“And I think you can get into any area that you’d like,” Yuengling said.

“It’s so fun, it’s so exciting and we’re just blessed to be chosen,” Ganter said.