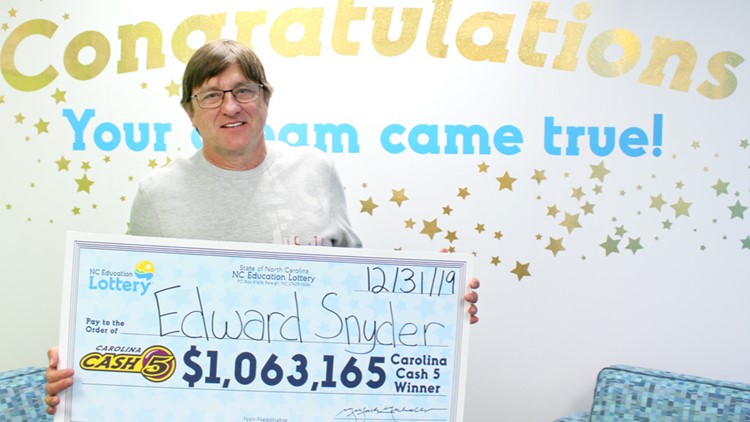 DAVIDSON, N.C. — A Davidson man is starting off 2020 in good spirits after winning over the Cash 5 jackpot on Monday.

Edward Snyder said winning the $1,063,165 jackpot means he can retire early, according to the North Carolina Education Lottery.

Snyder has been an operation manager for over 20 years. He told the NC Education Lottery that he was already close to retirement, but said, "this is going to move it even closer."

He purchased the winning ticket at a Mooresville Food Lion on a grocery run. He had just returned from traveling for the holidays, and was feeling a little lucky. He was right.

Snyder told the NC Education Lottery when he checked the numbers Monday morning, he looked "at least 15 times" before he really believed that he won. His wife didn't believe him when he shared the news.

On Tuesday, the Davidson man went up to Raleigh to claim his prize. After the required state and federal tax withholdings, Snyder was able to take home $752,189.

"This is wild," he told the NC Education Lottery. "I still can’t believe this is happening. It’s a great Christmas gift and an incredible way to start the New Year.”

WHAT OTHERS ARE READING: