"Though it’s an older 50's style home, everything is virtually a smart device." 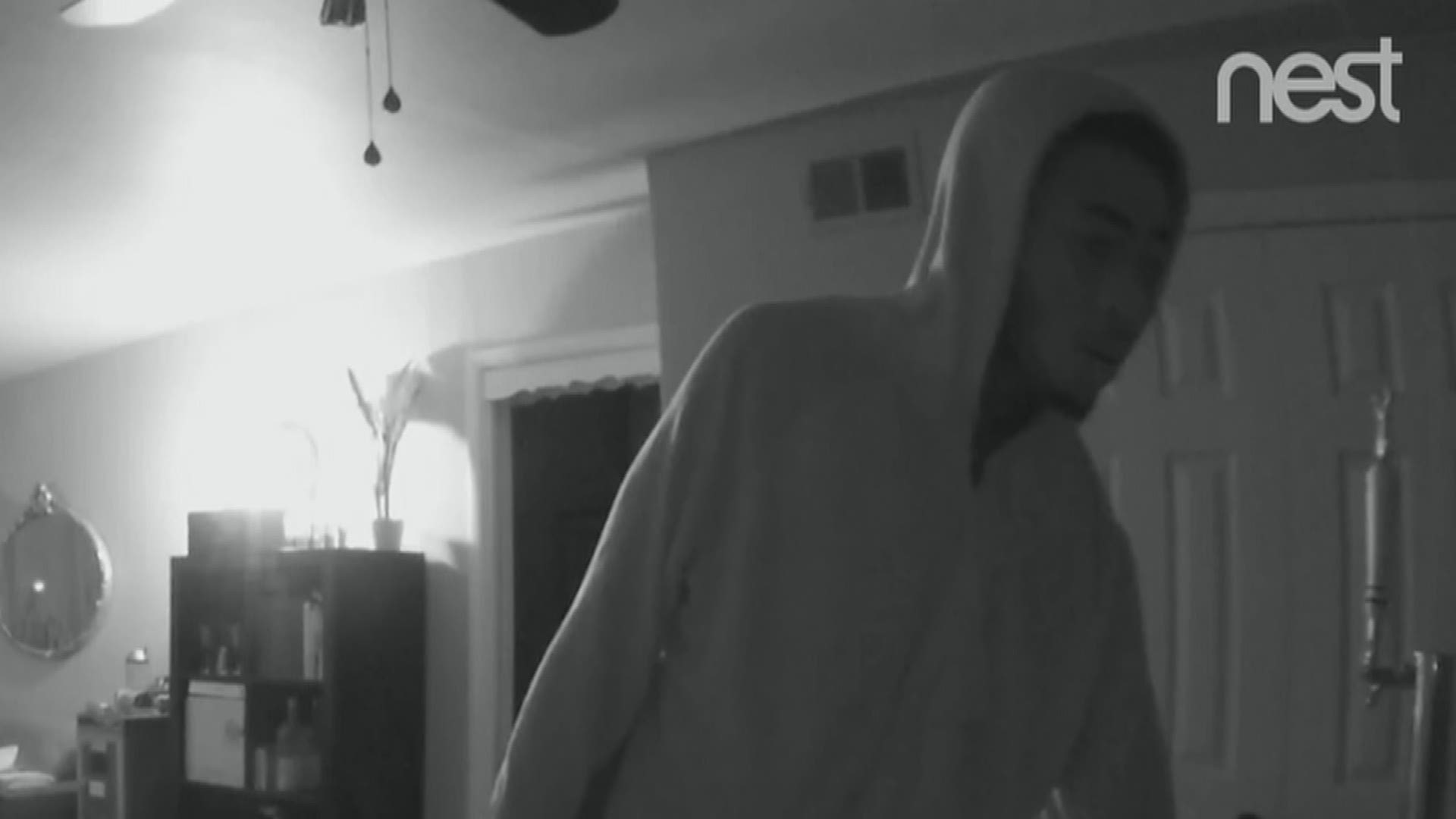 DALLAS -- His North Dallas home is not a new build, but Tye Shirley’s house is very well wired.

"Though it’s an older 50s style home, everything is virtually a smart device," he said.

And that's why at 4 a.m. on Easter Sunday, he received a notification from his home security system while at his parents' home in Abilene.

"So I pull it up and there he is," said Shirley as he described watching live as his own home was burglarized.

He invested in a ‘Nest’ home system that fed crystal clear images of this machete-wielding suspect to his phone. Shirley watched the suspect's every move, when he wasn't trying to call police.

"He moved through the house very stealthily, cautiously, but at the same time somewhat bold," said Shirley, about the suspect.

The door frame tells Shirley the crook was about six feet tall. He went from room to room for 25 minutes taking watches, cash, and medication. But he didn’t seem to realize he was being watched or heard.

Another perk of Shirley’s system is the ability to talk to people on both sides of the camera. He turned on the microphone and warned the suspect police were on their way. It's also how he let officers into his locked home when they arrived.

The suspect ran, but these clips became the detectives’ best tool.

"I was able to give the crime scene investigators perfect samples of where to dust for fingerprints," Shirley said.

Shirley says he spent $200 for his surveillance system. The crook took more than that, but Shirley feels he did everything to stop him.

"I’m just kind of amazed at the technology and what is available to us as civilians and so easily accessible," he said.

And by wiring his home with all that data, it's possible police could still catch a thief.

If you recognize the suspect, please call DPD.