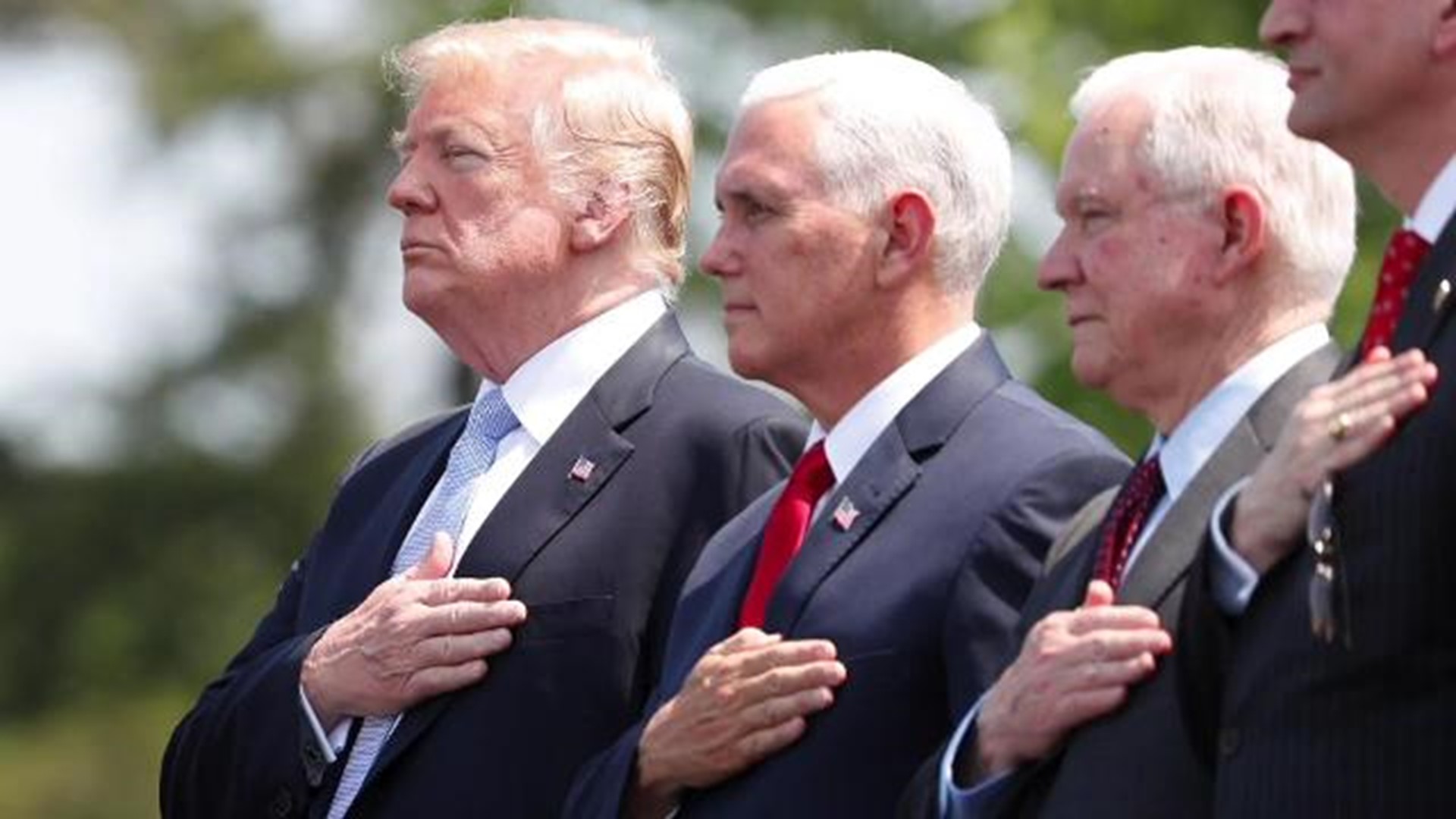 LOUISVILLE, Ky. – If President Donald Trump is courting the witches' vote, he’s going about it the wrong way.

In recent months – and increasingly so, it seems – Trump has called the investigation of Special Counsel Robert Mueller a “witch hunt,” and in the process, he has angered, well, actual witches.

“It conjures up for me the burning of 10,000, mostly women, in England and surrounding areas who were accused as witches – right out of the Inquisition playbook,” said Ann Hardman, a Louisville high priestess in the Fellowship of Isis.

“I am incensed with this term. And I have been ever since he did it the first time. It’s insulting; it should be eliminated from the vocabulary. In some ways it’s like the N-word,” Hardman said.

The president’s frequent use of the term, in fact, is angering witches around the country. A story on the Daily Beast website recently said some witches have cast spells on Trump, while one group tried to hex Supreme Court Justice Brett Kavanaugh.

The spells and hexes don't seem to have worked yet – unless that explains Trump’s otherworldly skin tone.

At about 6:30 a.m. Tuesday, Trump tweeted: “Biggest outrage yet in the long, winding and highly conflicted Mueller Witch Hunt is the fact that 19,000 demanded Text messages between Peter Strzok and his FBI lover, Lisa Page, were purposely & illegally deleted.”

So far, the investigation that Trump calls a “witch hunt” has netted nearly three dozen indictments or guilty pleas and has seen some of Trump’s top personal and campaign aides sentenced to prison.

He tweeted the term four times on Sunday and once on Saturday. He’s done it 22 times since Thanksgiving, a holiday that traces its roots back to ancient pagan harvest festivals.

In all, he has tweeted more than 60 times complaining about a “witch hunt.”

“Some find it very hurtful,” said Lady Vanessa of Louisville, a  third-degree Gardnerian Wiccan high priestess and a practitioner of British Traditional Wicca. She said she tries to ignore much of what Trump has to say, but she is finding that more and more difficult to do.

Witches, not the type that you see on Halloween, are all around.

They don't ride brooms, play quidditch, or stand around a cauldron in the woods late at night repeating incantations from Macbeth.

They follow some of the many Wiccan traditions that are nature-based spiritual traditions or religions.

“We feel kinship with Native Americans, though they would not call themselves pagans and witches,” said Lady Vanessa, who goes by her spiritual name and doesn't want her  legal name used.

For practitioners of Wicca, or witches, the term “witch hunt” conjures up images of times in America and in Europe when people were rounded up and killed because they were believed to have been witches.

Some of them may have been practitioners of Wicca while others – particularly those at the Salem Witch Trials in the 17th century – were simply accused of being witches without evidence.

That’s where the term “witch hunt” to describe an unfair investigation comes from.

Lady Vanessa noted that since so many charges and convictions have arisen from the Mueller investigation, not only are Trump’s words hurtful, “it’s wrong historically to apply that to his situation.”

She's not heard of any local witches trying to place a spell on Trump or any of his appointees.

Martin English, a high priest of Nordic Wicca, said he’s talked to several Wiccans about Trump’s use of “witch hunt” and even discussed it with Nordic Wicca elders who are upset with Trump’s words.

“They were concerned about how the word is so flippantly thrown around,” English said. “It’s considered taboo to irreverently discuss the inquisitions and witch hunts like that.”

Credit: CJ/Sarah Ivens
The Wonderful Witch of The Ville