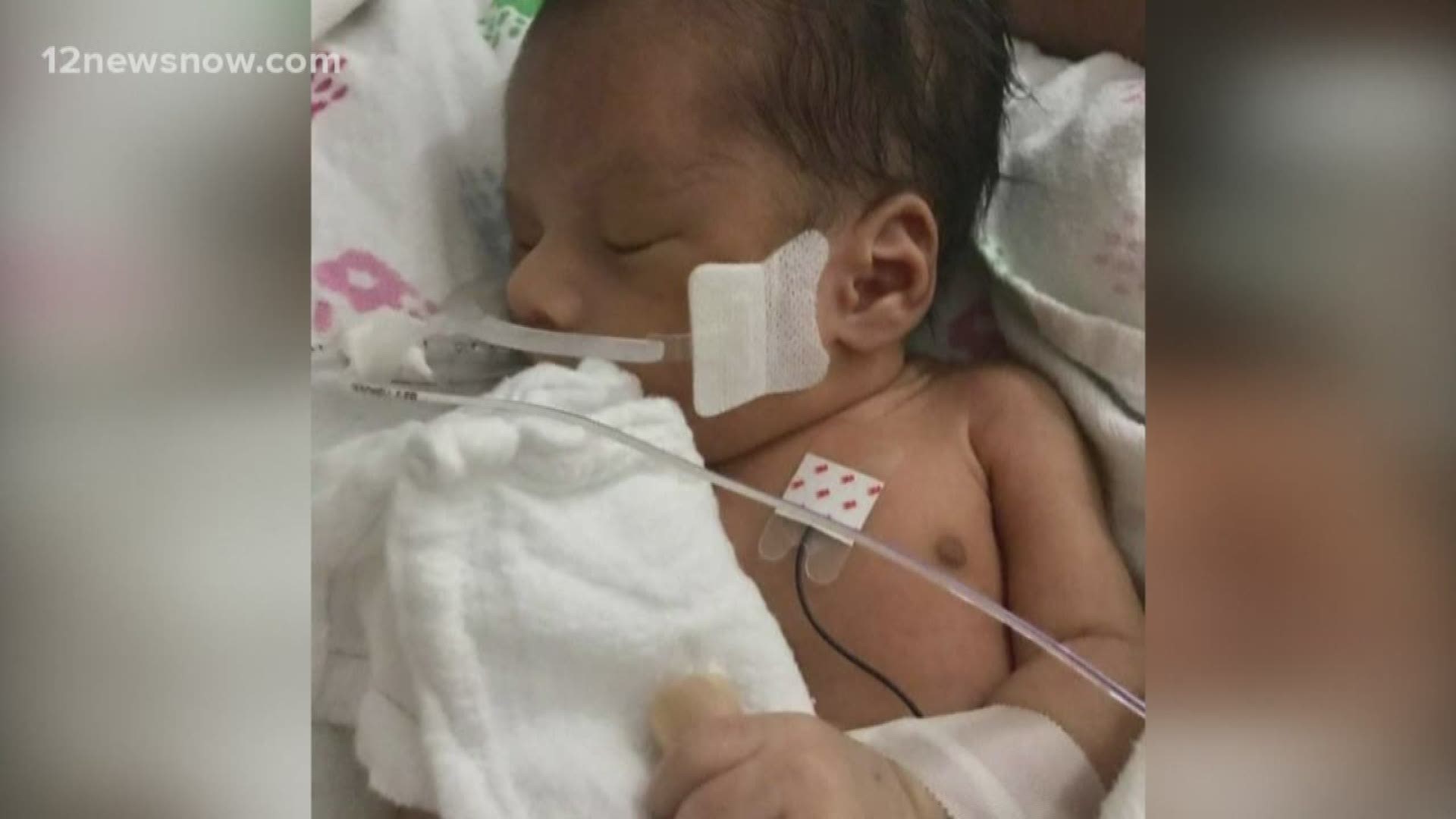 CHICAGO — Editor's note: The video above is from May 2019, reporting on charges against the three suspects.

CHICAGO — An infant boy who was cut from a Chicago woman's womb with a butcher knife died Friday at a hospital where he had been in grave condition since the April attack that killed his mother, family spokeswomen said.

The baby had been on life support for more than a month and the family had been weighing whether to remove him from life support, but Garcia said the child simply died early Friday.

RELATED: Mourners gather for Chicago woman whose baby was cut from womb

RELATED: Baby cut from slain mother's womb opened his eyes when his dad held him

Christ Medical Center said in a statement that its "hearts and prayers" are with Ochoa-Lopez's family, and that their "courage and grace have drawn the admiration of our entire organization."

Prosecutors say Clarisa Figueroa, 46, claimed she had given birth to the baby when she took him to that hospital on April 23. Figueroa and her 24-year-old daughter, Desiree Figueroa, have been charged with murder in Ochoa-Lopez's death. Clarisa Figueroa's boyfriend, Piotr Bobak, is charged with concealing a homicide.

Chicago police spokesman Anthony Guglielmi said Friday that he expects both women will now be charged with murder in the baby's death.

The three defendants are due back in court June 26.

Authorities contend that not long after Clarisa Figueroa's adult son died of natural causes, she told her family she was pregnant. They say she plotted for months to acquire a newborn, and that she posted an ultrasound and photos of a room decorated for a baby on her Facebook page. In March, she and Ochoa-Lopez connected on a Facebook page for pregnant women

The two first met in person around April 1, when Ochoa-Lopez went to the Figueroas' house and left unharmed, prosecutors allege. The teen returned on April 23 to accept Clarisa Figueroa's offer of free baby clothes, and as Desiree Figueroa was showing Ochoa-Lopez a photo album of her late brother to distract her, Clarisa Figueroa sneaked up behind her and strangled her with a cord.

Once Ochoa-Lopez stopped showing signs of life, Clarisa Figueroa cut the baby from her womb and she and her daughter wrapped the teen's body in a blanket, put it in a plastic bag and dragged it outside to a garbage can, according to prosecutors.

Later that day, Clarisa Figueroa called 911 claiming that her newborn baby was not breathing. When first responders arrived, the child was blue. They tried to resuscitate the infant and took him to Christ Medical Center, where he remained until his death.