Congressman Pete Sessions shares his views on the border crisis

Instead of letting in more people into the country, Sessions said, we must deal with what we have at hand. 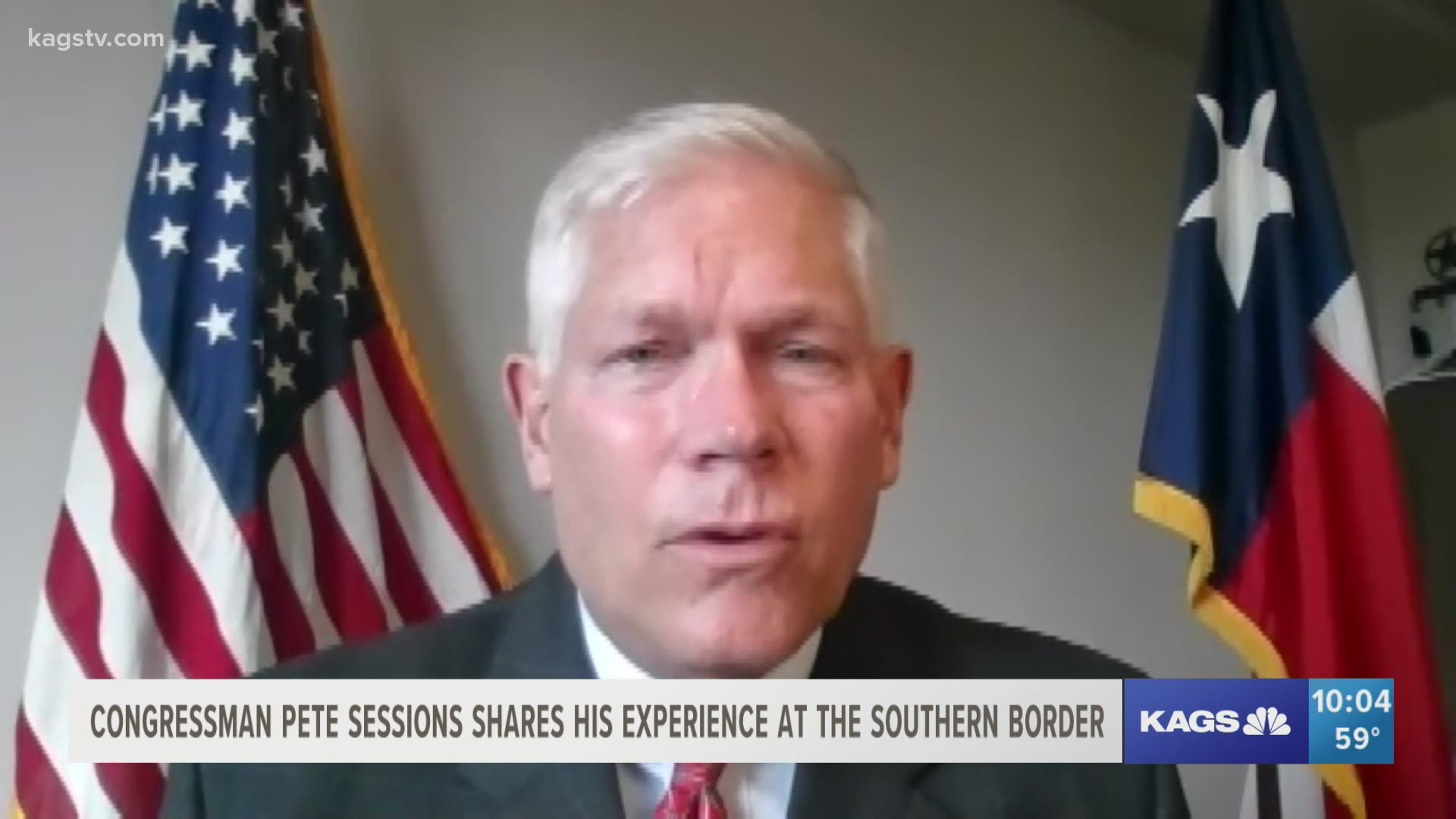 COLLEGE STATION, Texas — The United States-Mexico border has been a hot topic for while now, as those who are not citizens in America seek to cross the border to find a new home in the United States.

Immigrants seeking a new home in the United States is not an uncommon scene at the U.S- Mexico border. But, Congressman Pete Sessions said these borders are meant to protect America from drugs and criminals.

“Rapists, murderers, people who do not belong in this country, have been in this country and sent out this country. They will come back into our cities and be a part of big communities. Every one of these people will pay drug cartels to be here. Drug cartels know who they are, where they’re going and what they’re doing. A real mess where every single city will take on the real responsibility for these people," said Congressman Sessions.

Sessions said the current administration is not doing what it takes to protect this country.

“It’s completely a position where we have let down our guard and let anyone who wants to come in come in,” said Sessions.

He added that as the number of people coming into the country continues to increase, cities in America will suffer the most.

“Democratic Party have let 150,000 people into the country that they are now well within other cities, these people that are moving on will go to intercity, schools will be expected to take these students needing bilingual education, doctors,  health care. It is a mess, it is disorganized,” said Sessions.

Instead of letting in more people into the country, Sessions said we must deal with what we have at hand.

“With our school circumstances, covid circumstances, with our getting people back to work here and all they have done is brought in in one month alone 150,000 [people] that will need all these goods and services, need hospitalization, doctors, money,” said Sessions.

He said this crisis is a slap in the face to law enforcement and to taxpayers and those who believe in the rule of law. He anticipates to be back at the border in June to support the men and women who are at the front lines.