Jill Biden's early moves seemed designed to signal that she intends to be more active than her predecessor, Melania Trump. 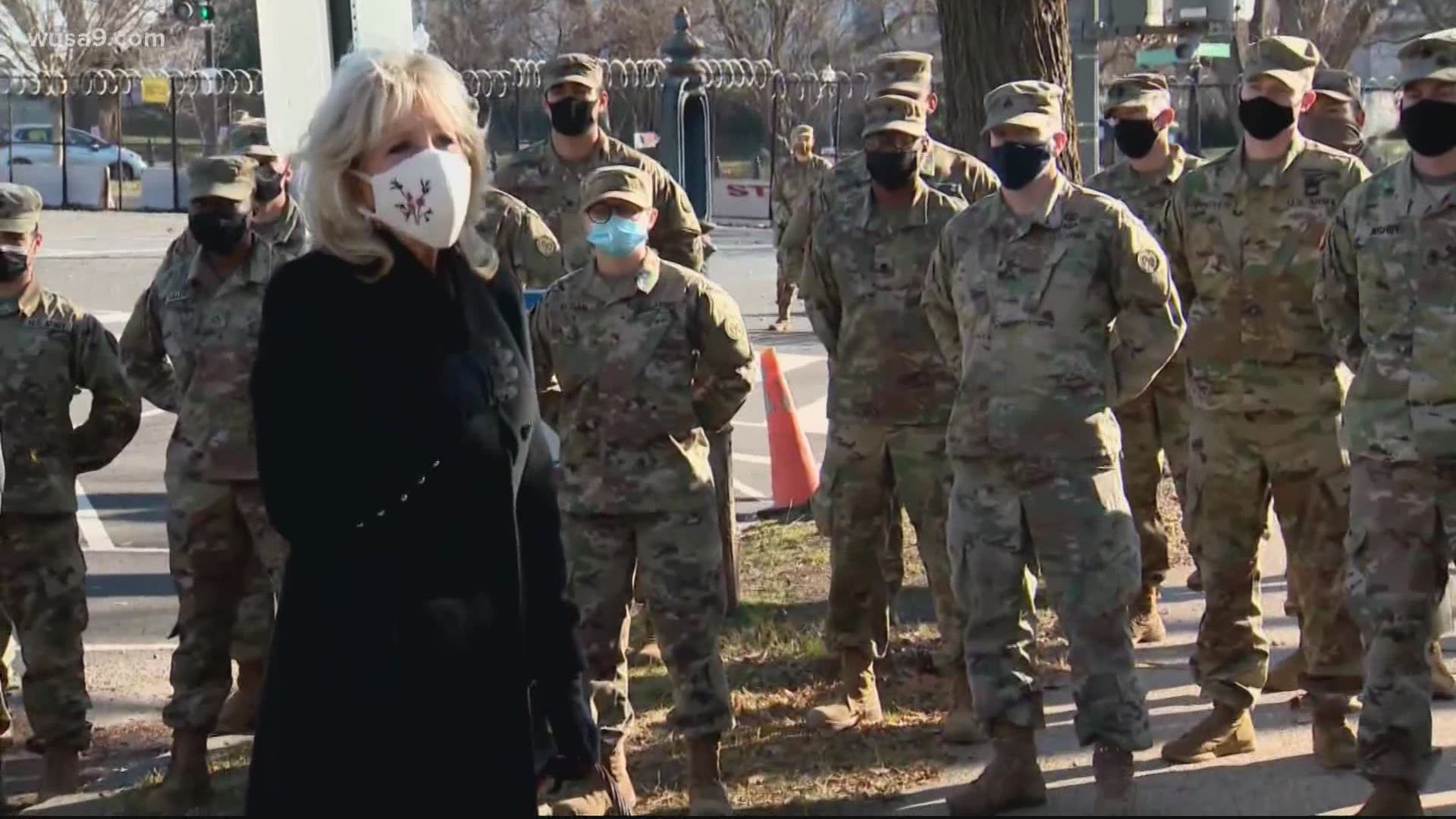 WASHINGTON — Five days into her new role, Jill Biden signaled Monday that she'll be a more active first lady, with a trio of virtual appearances before governors' spouses, young Latinos and library officials.

She also used the meetings to promote President Joe Biden's call for national unity and his $1.9 trillion pandemic relief proposal, which is facing resistance from some Republican lawmakers.

Jill Biden's early moves seemed designed to signal that she intends to be more active than her predecessor, Melania Trump. Mrs. Trump often allowed weeks to pass between her public appearances.

Mrs. Trump also was largely absent from Washington in the opening months of Donald Trump's administration. She returned to New York shortly after the inauguration in January 2017 to live with their son, Barron, as he finished out the school year uninterrupted.

On Monday, Jill Biden took on the role of top surrogate for the president, encouraging unity and promising the administration would listen to all voices.

“We can’t do this alone," she told the governors' spouses meeting over Zoom. "Congress will need to pass the legislation and, ultimately, it will take state and local leadership.”

Biden pushed the same message to a Zoom meeting, or “charla,” with young Latinos.

RELATED: What are the oaths of office for presidents and vice presidents?

“We need you in this effort,” she told them. “No one can speak to your communities like you can, and you know how much this matters.” Blacks and Latinos are among those suffering the most severe economic and life-and-death consequences of the coronavirus pandemic.

In a videotaped message to the American Library Association's midwinter virtual conference, the first lady pledged that “empathy, resilience, diversity, learning and trust” will be the “foundation of the administration that we will build.”

“We're going to invest in all communities. We going to listen to all Americans,” she said. “We're going to work to heal the pain that has come from this time of crisis.”

Two days after last Wednesday's inauguration, Biden visited the Whitman-Walker Health clinic to highlight services for cancer patients. Afterward, she made an unannounced stop at the U.S. Capitol to deliver chocolate chip cookies to National Guard members as a thank you for providing security for the swearing-in.

Jennifer Pickens, an author who studies the White House, said Biden, 69, had “hit the ground running, as she should.”

“She has had the benefit of being married to a statesman of nearly 50 years and has come to the role of first lady after spending eight years as the second lady, something we have not had since first lady Barbara Bush,” Pickens said.

Barbara Bush was married to George H.W. Bush, who spent eight years as vice president to Ronald Reagan before he was elected president in 1988. Bush lost his reelection bid in 1992.

Joe Biden was a U.S. senator for 36 years, followed by eight years as vice president.

I love you, Jilly, and I couldn’t be more grateful to have you with me on the journey ahead. pic.twitter.com/V4GUXAKSKg