"The time is right and you are ready ... just do it babe," Carter wrote in a text the day he killed himself. 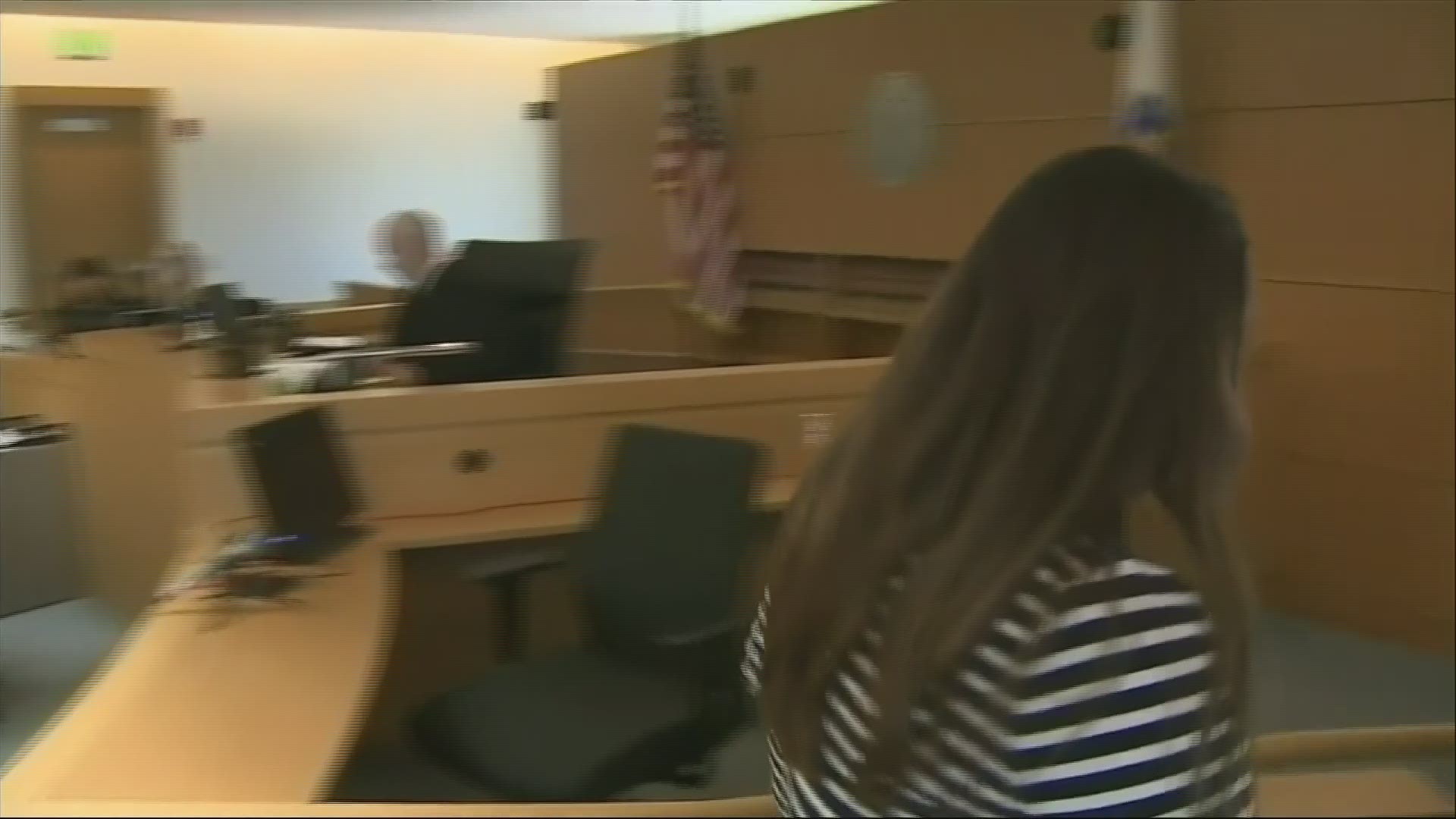 Michelle Carter was convicted in June by a judge who said her final instruction to Conrad Roy III caused his death. Carter was 17 when the 18-year-old Roy was found dead of carbon monoxide poisoning in July 2014.
Juvenile Court Judge Lawrence Moniz gave Carter a 2½-year jail sentence but said she had to serve only 15 months of that. He also sentenced her to five years of probation.

Carter's lawyer, Joseph Cataldo, had asked the judge to spare his client any jail time and instead give her five years of probation and require her to receive mental health counseling. He said Carter was struggling with mental health issues of her own — bulimia, anorexia and depression — during the time she urged Roy to kill himself.

"Miss Carter will have to live with the consequences of this for the rest of her life," Cataldo said. "This was a horrible circumstance that she completely regrets."

Prosecutor Maryclare Flynn called probation "just not reasonable punishment" for her role in Roy's death. The prosecution sought the maximum sentence of 20 years behind bars.

In dozens of text messages, Carter had urged Roy to follow through on his talk of taking his own life. "The time is right and you are ready ... just do it babe," Carter wrote in a text the day he killed himself.

The sensational trial was closely watched on social media, in part because of the insistent tone of Carter's text messages.

"You can't think about it. You just have to do it. You said you were gonna do it. Like I don't get why you aren't," Carter wrote in one text.

Cataldo argued that Roy was determined to kill himself and nothing Carter did could change that. He said Carter initially tried to talk Roy out of it and urged him to get professional help, but eventually went along with his plan. Cataldo also argued that Carter's words amounted to free speech protected by the First Amendment.

In convicting Carter, the judge focused his ruling on Carter telling Roy to "get back in" after he climbed out of his truck as it was filling with carbon monoxide and told her he was afraid.

The judge said those words constituted "wanton and reckless conduct" under the manslaughter statute.
Roy's family told the court Thursday that they were devastated by his death.

Conrad Roy Jr. said it inflicted the "worst emotional pain" he has ever experienced.
"I am heartbroken," the father said.

A 13-year-old sister, Camden Roy, testified that she's "haunted" by the realization that she'll never see her brother wed or be an aunt to his children.

Carter and Roy met in Florida in 2012 while both were on vacation with their families. After that, they only met in person a handful of times. Their relationship consisted mainly of texting.

Carter was tried as a youthful offender, so the judge had several options for sentencing. He could have committed her to a Department of Youth Services facility until she turns 21 on Aug. 11. He could also have combined a DYS commitment with an adult sentence, or could have given her an adult sentence of anything from probation to the maximum 20-year term.