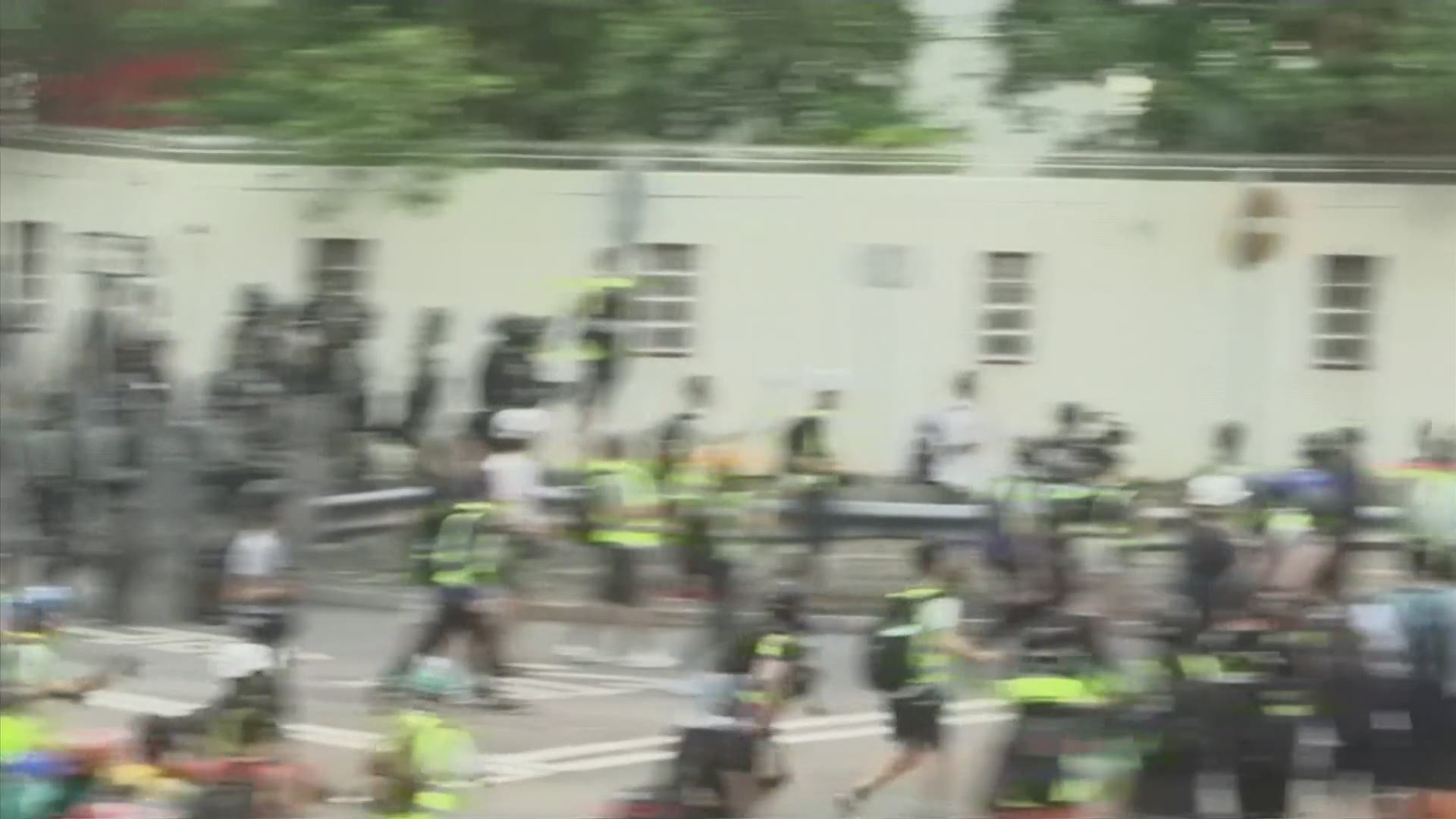 The protesters used hammers to knock the ticket sensors off gates and spray-painted and broke the screens of ticket machines, using umbrellas to shield their identities.

The late afternoon attack on Shatin station came as a protest at which protesters folded paper "origami" cranes was winding down at a mall connected to the station. Riot police arrived after the attack and guarded the station after it was closed, with a metal grill pulled down to block entry.

Hong Kong's pro-democracy protests, now in their fourth month, have often descended into violence late in the day and at night. A hardcore group of protesters says the extreme actions are needed to get the government's attention. On Saturday night, police used tear gas and rubber rounds against protesters who threw gasoline bombs toward them and set fires in streets.

Before the origami-folding, protesters at the Shatin New Town Plaza mall chanted slogans and sang a song that has become their anthem, backed by a small group playing on woodwind and brass instruments through their masks. Many lined the balustrades of the three higher floors overlooking where others gathered in the wide space below.

Hong Kong's leader, Chief Executive Carrie Lam, has agreed to withdraw an extradition bill that sparked the protests in June. But the anti-government protesters are pressing other demands, including fully democratic elections in the semiautonomous Chinese territory and an independent investigation of complaints about police violence during earlier demonstrations.

Protesters say Beijing and Lam's government are eroding the "high degree of autonomy" and Western-style civil liberties promised to the former British colony when it was returned to China in 1997.

The unending protests are an embarrassment for China's Communist Party ahead of Oct. 1 celebrations of its 70th anniversary in power. Hong Kong's government has canceled a fireworks display that day, citing concern for public safety.

Transit authorities closed two stations on the airport express train to guard against a possible disruption of transportation to the transportation hub, but none had materialized by late Sunday afternoon.

The Hong Kong International Airport Authority said the train would operate between the airport and the terminus station in the center of the city, without making its usual stops in between. Some airport bus routes were also suspended. Passengers were advised to leave sufficient time to reach the airport.