It gives Biden his biggest symbolic endorsement yet among the many veteran black lawmakers who back his candidacy. 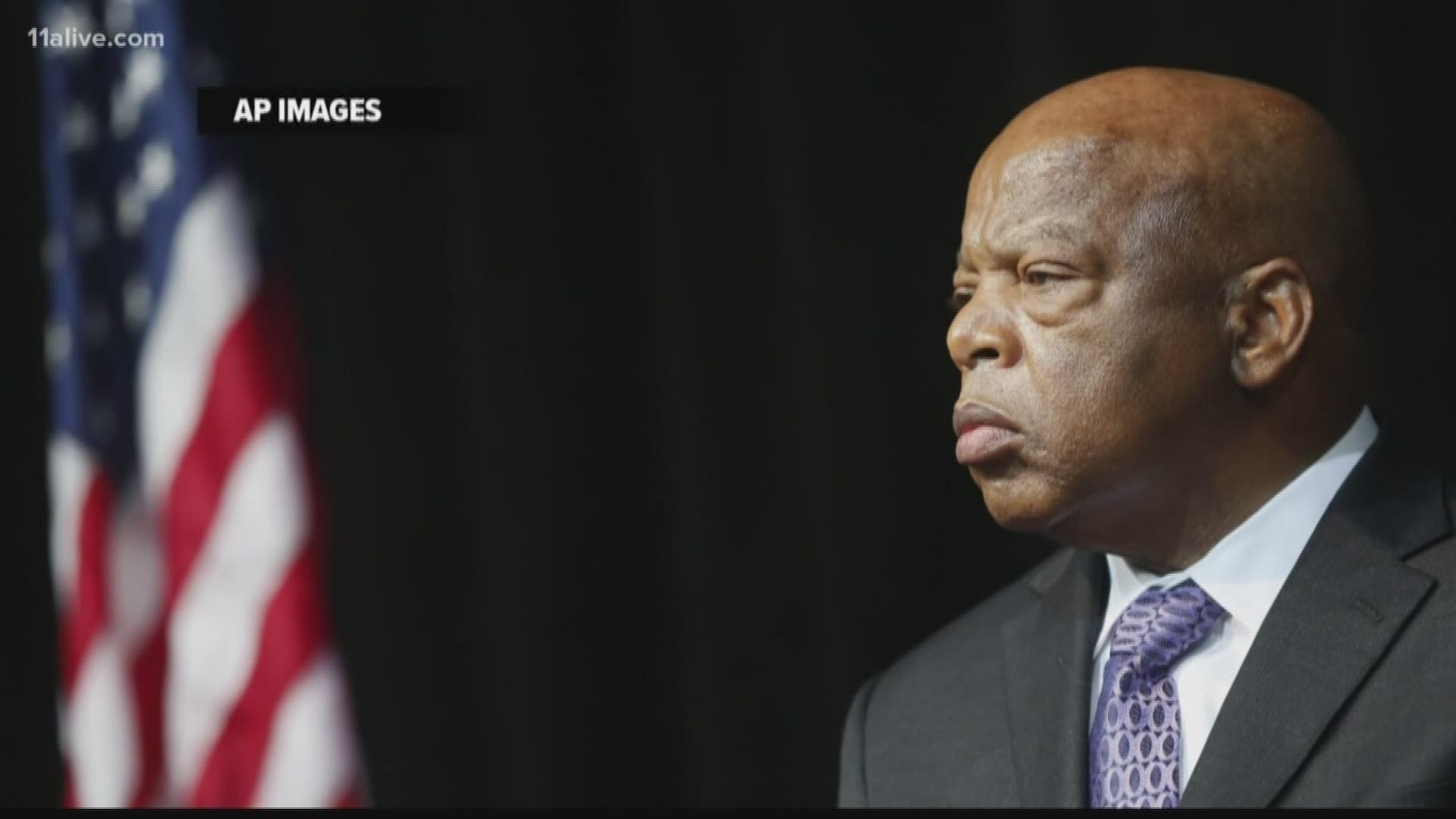 ATLANTA — Civil rights icon and Georgia Rep. John Lewis is backing Joe Biden for president, giving the prospective Democratic nominee perhaps his biggest symbolic endorsement among the many veteran black lawmakers who back his candidacy.

“We need his voice,” the 80-year-old Lewis told reporters ahead of the campaign's Tuesday announcement. He described the 77-year-old Biden as “a man of courage, a man of great conscience, a man of faith,” and said the former vice president would “help us regain our way as a nation.”

A 17-term Atlanta congressman, Lewis is battling pancreatic cancer but said he’d “travel around America” for Biden if social distancing guidelines are eased amid the coronavirus pandemic.

Lewis tailored a message to younger black voters who've not backed Biden with the same enthusiasm as older African Americans.

“I would tell young people the story of Selma and Montgomery and Mississippi,” Lewis said, remembering being beaten nearly to death by Alabama state troopers as he marched for voting rights in 1965. “If we fail to vote, we don’t count. The vote is the most powerful, nonviolent tool we have in society, and we must use it.”

Lewis did not name President Donald Trump but said pointedly, “We have a choice.”

Black voters have anchored Biden’s primary coalition, starting with overwhelming support in South Carolina. A Feb. 29 victory there propelled Biden through victories that yielded an insurmountable delegate lead over Bernie Sanders before the COVID-19 virus prompted more than a dozen states, including Lewis’ Georgia, to delay their primaries.

Biden’s team once viewed Georgia’s March 24 contest as a likely knockout blow for Sanders. Georgia is now set to vote May 19, so Lewis’ blessing at this point is more about his national profile than any heavyweight status at home.

Perhaps the most visible living representatives of black Americans’ civil rights struggle, Lewis was one of the original Freedom Riders. The group rode buses through the segregated South in the early 1960s to challenge Jim Crow laws. They were beaten at multiple bus stations along the way. In March 1965, Lewis was among those battered and gassed by authorities on Bloody Sunday in Selma, Alabama, as they tried to march to the Capitol in Montgomery.

“I gave a little blood on that bridge, almost died,” Lewis said Monday.

In 1963, he was a lead organizer of the March on Washington, where Martin Luther King Jr. delivered his best-known address. Lewis was in Indianapolis in April 1968, campaigning for presidential candidate Robert F. Kennedy, the night King was assassinated in Memphis. Kennedy would be assassinated eight weeks later.

Biden was a young law school student at the time and now frequently cites King and Kennedy as his “two political heroes.” Biden credits the civil rights movement, decades before he’d become vice president to Barack Obama, the nation’s first black president, as the inspiration for his political career. Still, Biden sometimes overplays his social action in that era.

As a first-term U.S. senator from Delaware, Biden pushed for the extension of the Voting Rights Act of 1965, which had been adopted after Lewis' marches. Biden fought against redlining — banking standards that made it difficult, if not impossible, for black families to secure mortgages in white neighborhoods. But Biden also was a leading critic of court-ordered busing to force integration of public schools. He notes that many black parents joined whites in opposing busing, and he points to redlining as the real structural impediment to school integration.

Early in his 2020 campaign, Biden recalled the “civility” of that 1970s Senate, despite its roster of several avowed racists elected during the Jim Crow era. He clarified that he’d fought his older colleagues on matters like voting rights but found common ground on issues unrelated to race.

Nodding to the party’s diversity, Biden has promised his administration would “look like the country.” He’s committed to nominate a black woman to the Supreme Court upon his first vacancy. He’s pledged to name a woman as his running mate.

“It would be good to have a woman of color” as vice president, Lewis said, stopping short of saying he expects such a move.

Though Lewis avoided explicit criticisms of Trump during his remarks, he alluded to Biden’s campaign theme that is directed squarely at the Republican incumbent. Biden's election, Lewis said, would “redeem the soul of America.”

Lewis memorably tangled with Trump days before the president’s inauguration in 2017. Lewis said he did not see Trump as a “legitimate president,” prompting Trump to blast Lewis as “all talk” and denigrate his majority black district as “crime infested” and “falling apart.” Among other markers, the Atlanta-based district includes Coca-Cola world headquarters, site of the 1996 Olympics opening and closing ceremonies, King’s church and burial site, Jimmy Carter’s presidential library and museum, the Georgia Capitol and the U.S. Centers for Disease Control and Prevention.

Catch up on the 2020 election campaign with AP experts on our weekly politics podcast, “Ground Game.”