The nation has heard the special counsel speak only once — for nine minutes at a press conference in May — since his appointment in May 2017. 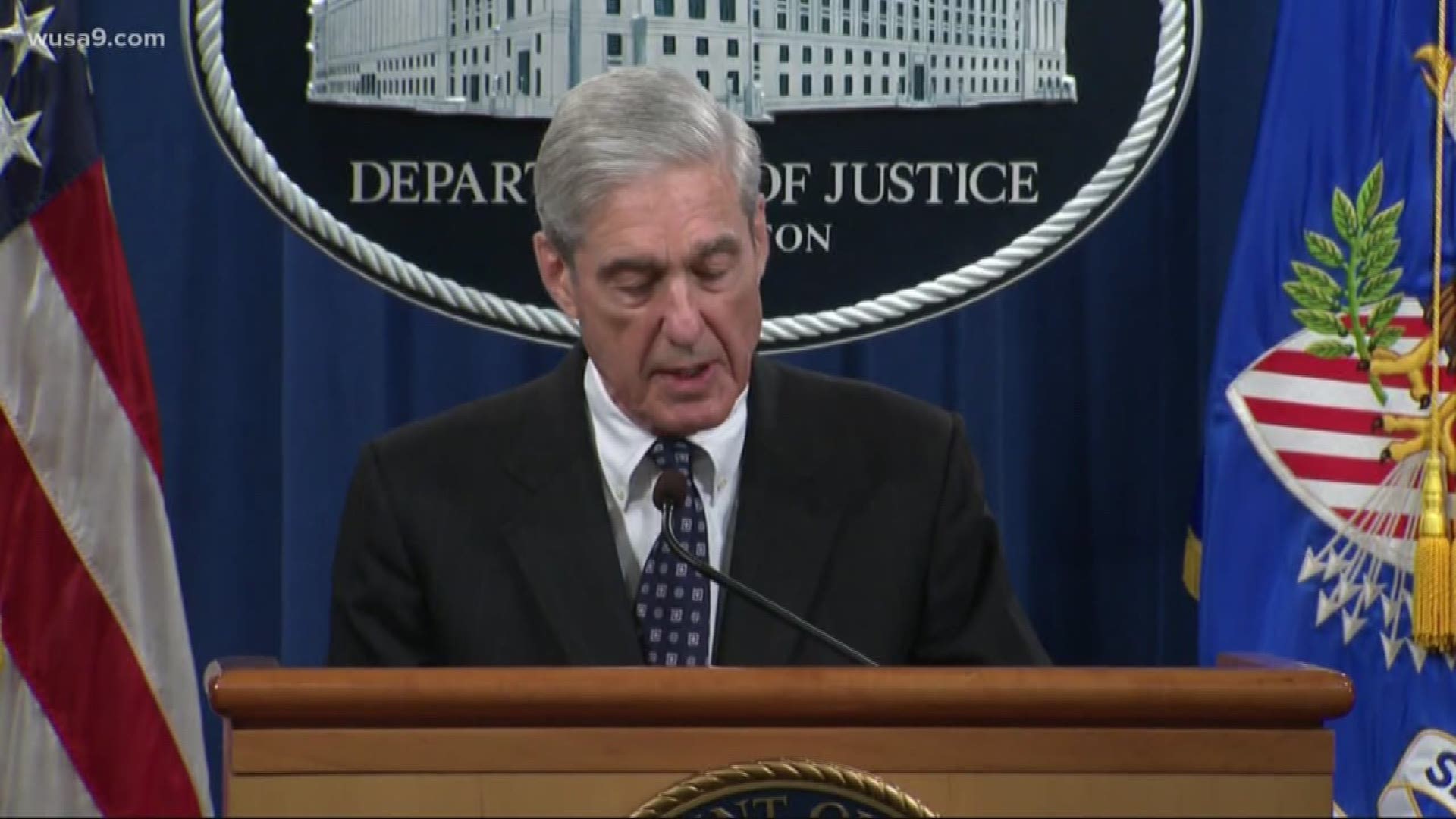 Democrats are pretty sure America didn't read the Mueller report. On Wednesday, they're hoping the nation will be glued to the TV version.

Former Trump-Russia special counsel Robert Mueller's appearance before two House committees promises to be the TV event of the year in the U.S. House, where lawmakers will question him for roughly five hours about the book-length report he released in April.

Democrats hope that by putting Mueller on television and highlighting the parts of the report that they believe describe President Donald Trump's most egregious behavior, they will be able to ignite new outrage and renew public interest in their investigations.

But Republicans will be there, too, defending Trump and turning some of their fire on Mueller's investigation , which the president condemns as a "witch hunt."

Trump himself first said he wouldn't be watching, then he conceded, probably "a little bit."

Though he keeps talking about the probe, many Americans seem to have moved on. That's why the Democrats hope a daylong presentation, with Mueller repeating out loud some of the findings that might have faded in print, will revive interest.

RELATED: Of course the bars are opening early to watch Mueller's testimony Wednesday

RELATED: DOJ to Mueller: Don't testify beyond what's in your report

Whether they will be able to accomplish that is unclear. The House will leave town two days after the hearings, possibly blunting any legislative or political momentum. House Speaker Nancy Pelosi has said she will not pursue impeachment, for now, even as an increasing number of Democrats call for at least beginning the process.

The nation has heard the special counsel speak only once — for nine minutes at a press conference in May — since his appointment in May 2017. And he will do his best not to generate fireworks on Wednesday.

He has said his testimony will stick to what was in his 448-page report, giving Democrats few new avenues to gain attention. On Tuesday, Democrats on the House judiciary and intelligence committees granted his request to have his top aide in the investigation, Aaron Zebley, sit at the table with him.

Zebley is not expected to be sworn in for questioning by the judiciary panel. But he will be able to answer questions before the intelligence committee, where, a committee aide said, he will be sworn in. The aide was not authorized to discuss the hearing preparations publicly and requested anonymity.

Trump complained Tuesday night about Zebley's presence, calling him a "Never Trumper" and tweeting: "What a disgrace to our system. Never heard of this before. VERY UNFAIR, SHOULD NOT BE ALLOWED."

On Monday, the Justice Department sent a letter to Mueller asking him not to stray beyond his report. The letter, which was in response to a request from Mueller for information about limitations or potential privilege issues, gives him a formal directive to point to if he faces questions he does not want to answer.

House intelligence committee Chairman Adam Schiff said in a letter to Mueller on Tuesday that the Justice Department letter "represents yet another attempt by the Trump Administration to obstruct the authorized oversight activity and legitimate investigations of the Committee." He said he expects the Justice letter to have "no bearing" on Mueller's testimony.

Absent any bombshells, Democrats insist they just want Mueller to speak the words he wrote on paper in April.

Schiff said Democrats will be combatting Trump's insistence that the report found "no collusion" and "no obstruction."

To stay focused, aides on the House Judiciary and intelligence committees, which will hold the back-to-back hearings, have worked with members to organize the questioning.

Democrats on the Judiciary panel will focus on Mueller's probe into obstruction of justice, which concluded that the president could not be exonerated. Attorney General William Barr and former Deputy Attorney General Rod Rosenstein said on their own, after reviewing Mueller's report, that the evidence on obstruction was not sufficient to support a criminal charge.

The Democrats will point to a handful of episodes reviewed by Mueller, including Trump's directions to White House Counsel Donald McGahn to have Mueller removed and, once that was made public, orders from Trump to McGahn to deny it happened.

Democrats also will focus on meetings Trump had with former campaign manager Corey Lewandowski in which the Republican president directed Lewandowski to persuade then-Attorney General Jeff Sessions to limit Mueller's investigation, and tell Sessions he was fired if he wouldn't meet with him.

The Democratic aides, who requested anonymity to discuss the preparations, say they believe those episodes are clear examples of obstruction of justice, and are easy for the public to understand. To prepare, the Judiciary aides held a mock hearing with lawmakers Tuesday afternoon.

Democratic members of the intelligence panel, which will question Mueller second, will mostly inquire about his investigation into Russian interference in the 2016 election and Russian contacts with the Trump campaign. Mueller said there wasn't enough evidence to establish a conspiracy between Trump's campaign and Russia.

Republicans, on the other hand, are expected to focus in part on the origins of the Russia investigation, as well as evidence they see of potential bias in the FBI's handling of the probe.

That's what Trump has been saying repeatedly, in rallies, in tweets and impromptu South Lawn exchanges with reporters.

Pelosi has said Democrats will "see where the facts take us," and then "we'll see what happens after that." Instead of impeachment, she has urged her committees to continue to investigate Trump and his administration. A six-page document circulated by her office on Tuesday details legislation the Democrats will push after the Mueller hearing, including efforts to secure elections from future foreign interference and requirements that campaigns report such interference.

Pelosi's office is also spearheading a social media campaign, starting Tuesday, with lawmakers sending around two dozen quotes that they see as the most damning in Mueller's report. Democrats will also tweet and post about what they see as unanswered questions from the document.

The Democrats have been frustrated by Trump's declaration that he will fight all of their subpoenas and decline to cooperate with any of their investigations. They have encountered reluctant witness after reluctant witness, and little new information from those who have talked. The House Judiciary Committee has been preparing a lawsuit to try and compel witnesses to cooperate, but it has yet to be filed.