Some fear Trump's top Iran advisers are angling toward war

President Trump says he hopes the U.S. is not headed for another war in the Middle East. 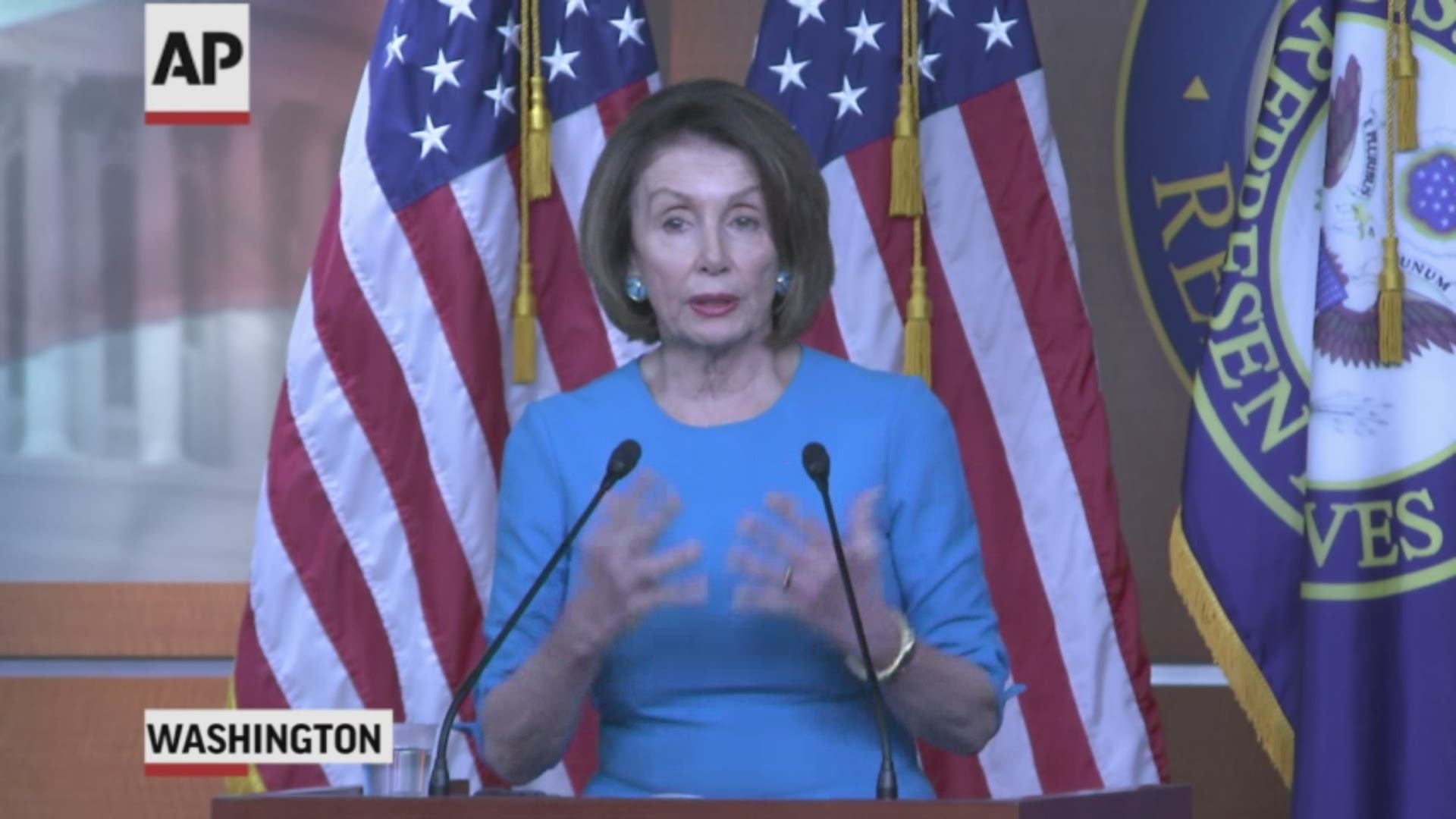 WASHINGTON — President Donald Trump says he hopes the U.S. is not on a path to war with Iran amid fears that his two most hawkish advisers could be angling for such a conflict with the Islamic Republic.

Asked Thursday if the U.S. was going to war with Iran, the president replied, "I hope not" — a day after he repeated a desire for dialogue, tweeting, "I'm sure that Iran will want to talk soon."

The tone contrasted with a series of moves by the U.S. and Iran that have sharply escalated tensions in the Middle East in recent days. For the past year, national security adviser John Bolton and Secretary of State Mike Pompeo have been the public face of the administration's "maximum pressure" campaign against Tehran.

RELATED: Allies vow Iran will not be alone if war with US begins

The friction has rattled lawmakers who are demanding more information on the White House's claims of rising Iranian aggression. Top leaders in Congress received a classified briefing on Iran Thursday, but many other lawmakers from both parties have criticized the White House for not keeping them informed.

Iran poses a particular challenge for Trump. While he talks tough against foreign adversaries to the delight of his supporters, a military confrontation with Iran could make him appear to be backtracking on a campaign pledge to keep America out of foreign entanglements.

Lawmakers and allies, however, worry that any erratic or miscalculated response from Trump could send the U.S. careening into conflict.

Trump pulled the U.S. out of the Iran nuclear deal last year and reinstated sanctions on Tehran that are crippling its economy.

Tensions rose dramatically May 5, when Bolton announced that the USS Abraham Lincoln Carrier Strike Group would be rushed from the Mediterranean to the Persian Gulf ahead of schedule in response to "a number of troubling and escalatory indications and warnings," without going into details.

Since then, four oil tankers, including two belonging to Saudi Arabia, were targeted in an apparent act of sabotage off the coast of the United Arab Emirates, according to officials in the region, and a Saudi pipeline was attacked by Iranian-backed Houthi rebels from Yemen. The U.S. also ordered non-essential staff out of Iraq and has dispatched additional military assets to the region.

House Speaker Nancy Pelosi said briefings are necessary because informing leaders "is no substitute for the full membership of the Congress." She said a failure to inform lawmakers is "part of a pattern" for the Trump administration "that is not right," because the power to declare war resides with Congress.

"I hope that the president's advisers recognize that they have no authorization to go forward in any way" against Iran, Pelosi said.

Trump has dismissed suggestions that any of his advisers, particularly Bolton, are pushing him into a conflict.

"John has strong views on things, but that's OK. I actually temper John, which is pretty amazing isn't it?" Trump said recently when asked if he was satisfied with Bolton's advice. "I have different sides. I mean, I have John Bolton, and I have other people that are a little more dovish than him. And ultimately I make the decision."

Mark Dubowitz, an advocate of a hardline policy toward Iran and chief executive of the Federation for Defense of Democracies, said, "Trump is smart to let these advisers play the roles they play and it really does help him lay the table for negotiation, but ultimately, it comes back to his ability to oversee a negotiation and do so wisely and judiciously, and that's an open question."

Tensions started to spiral last year when Trump pulled out of a deal the U.S. and other world powers signed with Iran during the Obama administration. The deal lifted economic sanctions on Iran in exchange for curbing of its nuclear program.

Trump agreed with critics of the deal that it didn't address Tehran's work on ballistic missiles or its support of militant groups around the region. His administration reinstated sanctions that had been lifted under the deal — the Europeans and other signatories are still in it — and has piled on more.

Trita Parsi, an adjunct associate professor at Georgetown University who advised the Obama administration on Iran, thinks the Iranians are trying to exploit Trump and Bolton's divergence on foreign policy issues.

He cited a recent tweet from Hessamoddin Ashena, an adviser to Iranian President Hassan Rouhani, directed squarely at Trump and Bolton, who is easily recognized in public by his white, bushy mustache.

"You wanted a better deal with Iran. Looks like you are going to get a war instead. That's what happens when you listen to the mustache," the Iranian adviser said.