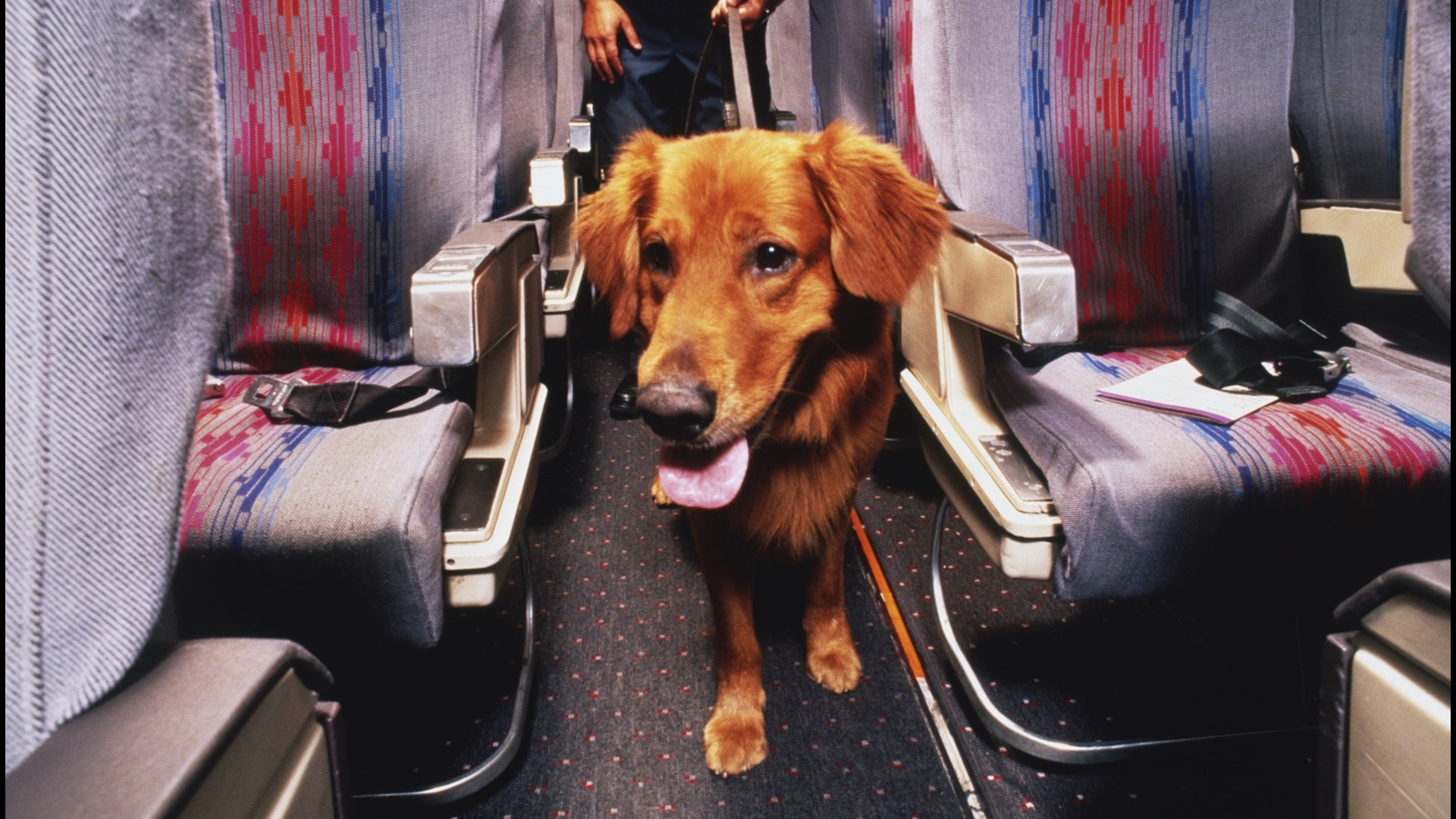 DALLAS — Emotional-support animals are no longer free to roam about the cabin on Southwest Airlines either, the last of the nation's six major airlines to enact the policy following a Department of Transportation rule change. The airline said Monday that it will let passengers bring trained service dogs in the cabin, but it will no longer accept support animals, starting March 1.

Customers who want to bring a dog or cat on board as a pet will have to pay a fee, and the animal must be kept in a carrier that fits under an airplane seat. The move follows a Transportation Department decision to reverse a yearslong regulation and let airlines ban animals that owners claim provide emotional support.

The number of passengers flying with companion animals grew rapidly in recent years, with some saying the animals helped them overcome anxiety and other issues. Passengers only needed a note from a health professional, and a cottage industry sprang up to provide those notes along with vests and other accoutrements for their animals.

The department said carriers were free to ban any animal other than dogs formally trained to help people with physical or psychological disabilities. The department estimated that under the new rules airlines will scoop up $59.6 million a year in pet fees.