A temporary flight restriction on airspace near Trump's Mar-a-Lago Club has been issued by the Federal Aviation Administration starting on Wednesday. 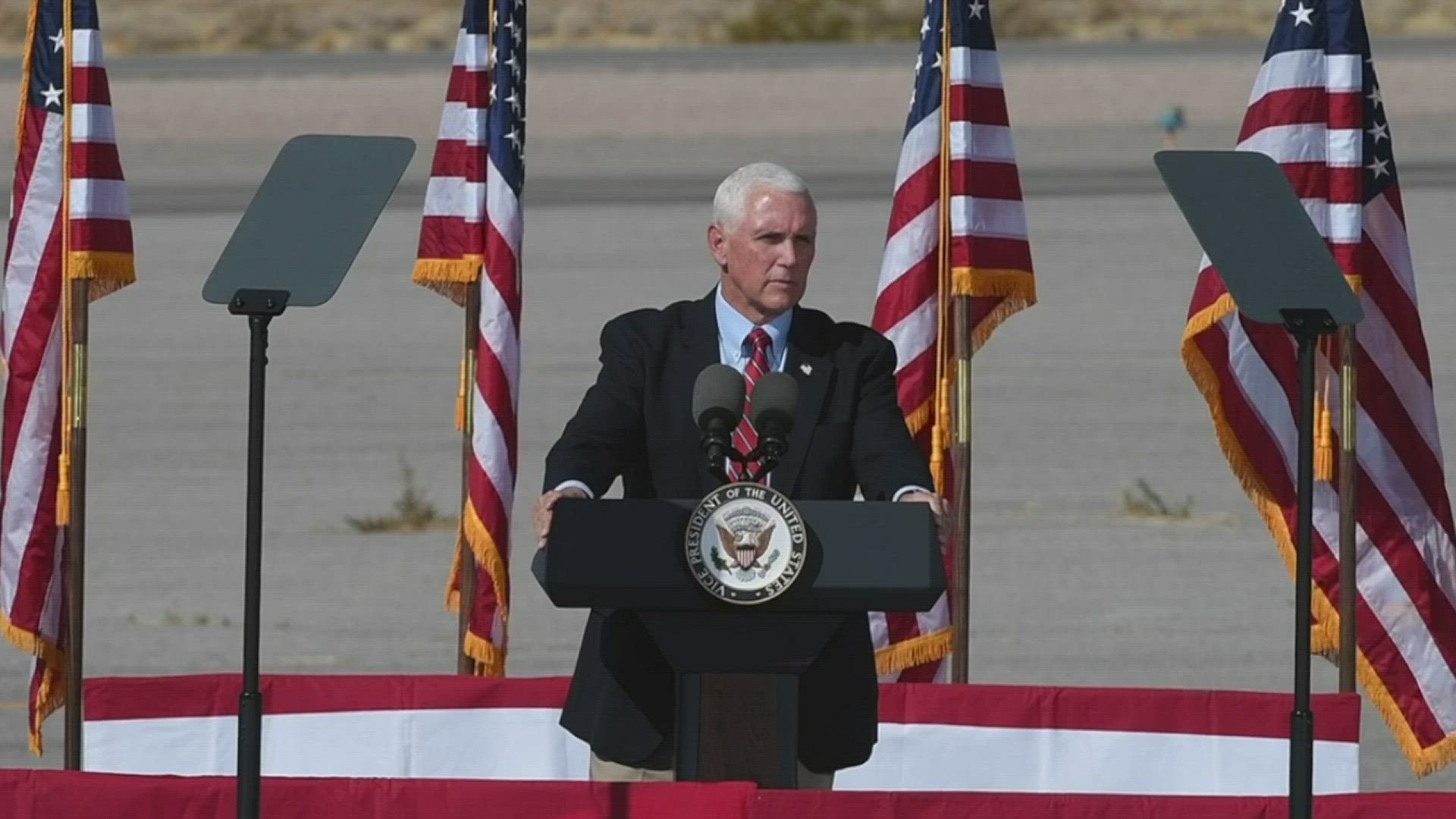 WASHINGTON — President Donald Trump is spending his last Christmas of his presidency in Palm Beach, Florida, according to multiple reports.

Wall Street Journal White House reporter Rebecca Ballhaus tweeted Tuesday night that Trump was set to leave Washington Wednesday for Palm Beach. She cited daily guidance from White House staff. The New York Post reported that he left Wednesday, but did not speak to reporters on the White House South Lawn or on the tarmac of Joint Base Andrews in Maryland.

A temporary flight restriction on airspace near Trump's Mar-a-Lago Club has been issued by the Federal Aviation Administration starting on Wednesday until Jan. 1, 2021. That suggested the president will be arriving in the area sometime after 5 p.m. on Wednesday, according to The Palm Beach Report.

CNN reported at the beginning of December that Trump had planned to stay at the club through the New Year, but said there has been discussion about him not returning to the White House at all. However, the FAA documents released on Monday seems to show the president will be leaving Florida on the first day of the new year.

When the news first came out of Trump spending Christmas in Florida, he dropped a pair of political bombshells almost simultaneously Tuesday night.

Trump assailed the bipartisan $900 billion package in a video he tweeted out Tuesday night and suggested he may not sign the legislation. He called on lawmakers to increase direct payments for most Americans from $600 to $2,000 for individuals and $4,000 for couples.

Railing against a range of provisions in the bill, including for foreign aid, he told lawmakers to "get rid of the wasteful and unnecessary items from this legislation and to send me a suitable bill.”

Trump also pardoned 15 people, including a pair of congressional Republicans who were strong and early supporters, a 2016 campaign official ensnared in the Russia probe and former government contractors convicted in a 2007 massacre in Baghdad.