Communities remember those who sacrificed their lives on 9/11

It has been 18 years since the September 11 terrorist attacks. "All these people who gave their lives and the families that were affected will never be forgotten.” 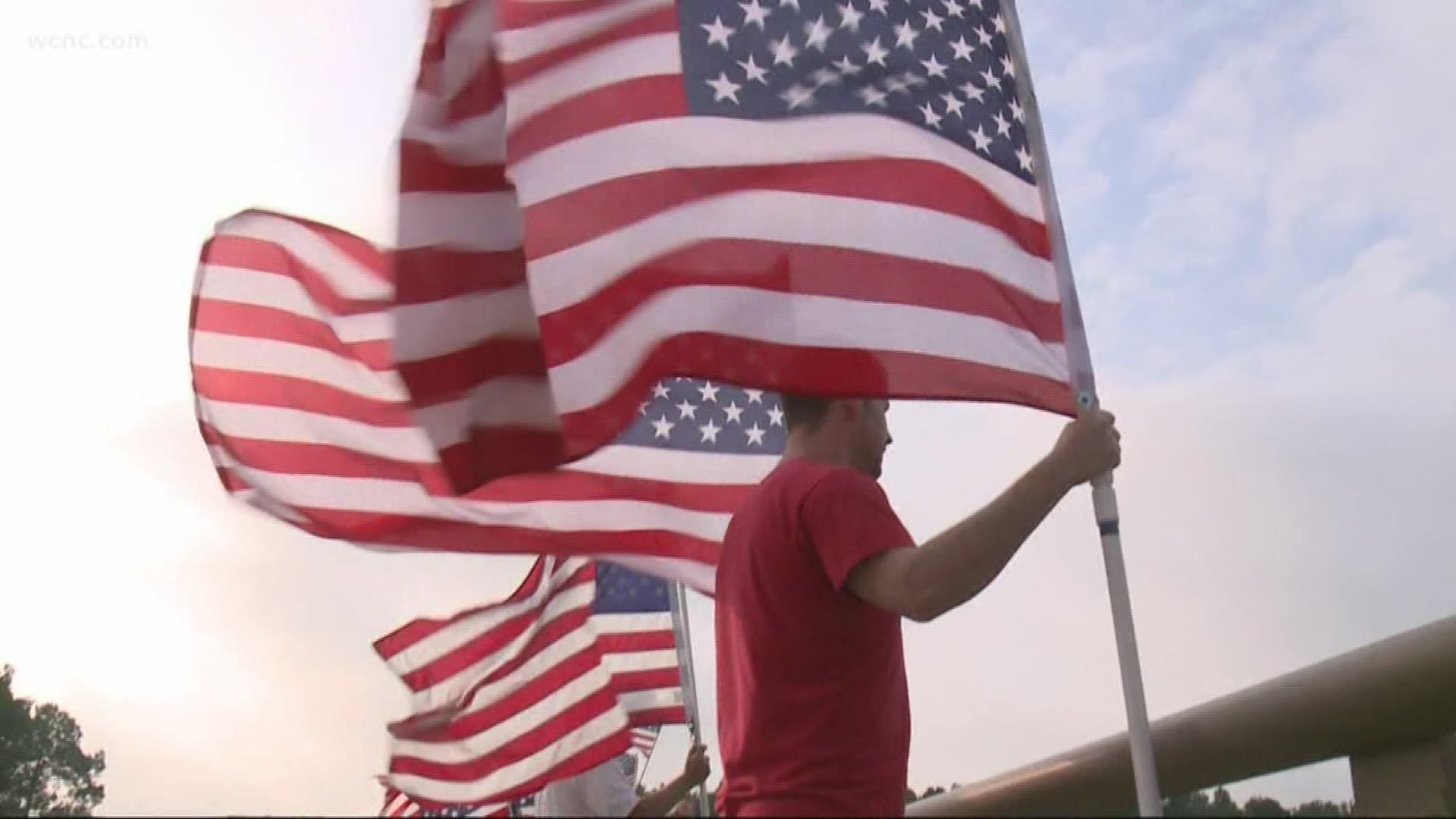 CONCORD, N.C. — It has been 18 years since the September 11 terrorist attacks in New York, Washington, D.C., and Pennsylvania.

On September 11, 2019, several communities in the Carolinas paused to reflect and remember the lives lost and the sacrifices made that day.

It's a day that defines our country's history and changed the lives of so many.

"It was a normal day, an average day, but many of them never went home that night,” said retired U.S. Navy chaplain Tierian Cash.

He was working in the Pentagon on 9/11 and still remembers the fear and chaos that set in in the hours after the planes hit.

"No one really knew how many casualties were in the Pentagon, where you were in the building, there were so many unknowns at that point,” he said.

In the days and years since the attacks, strength prevailed over fear. The dozens of American flags flying over I-77 is a symbol of that.

"We must never forget that we still live in the greatest country in the world,” said Betty Farrington of York County.

In 2001, her husband held an American flag over the Sutton Road Bridge for the entire day. Eighteen years later, the community carries on the tradition.

"It’s so good to know that all these people who gave their lives and the families that were affected will never be forgotten,” she said.

The American Red Cross and Motor Speedway are paying tribute to those who lost their lives on 9/11 with a blood drive. It goes until 7 p.m. on Wednesday at the Paddock Club.