WATCH: Florida man wrestles gator to save his dog

"Adrenaline kicked in and I just went right into the water," Richard Wilbanks said. He wrestled the gator to get his dog back. 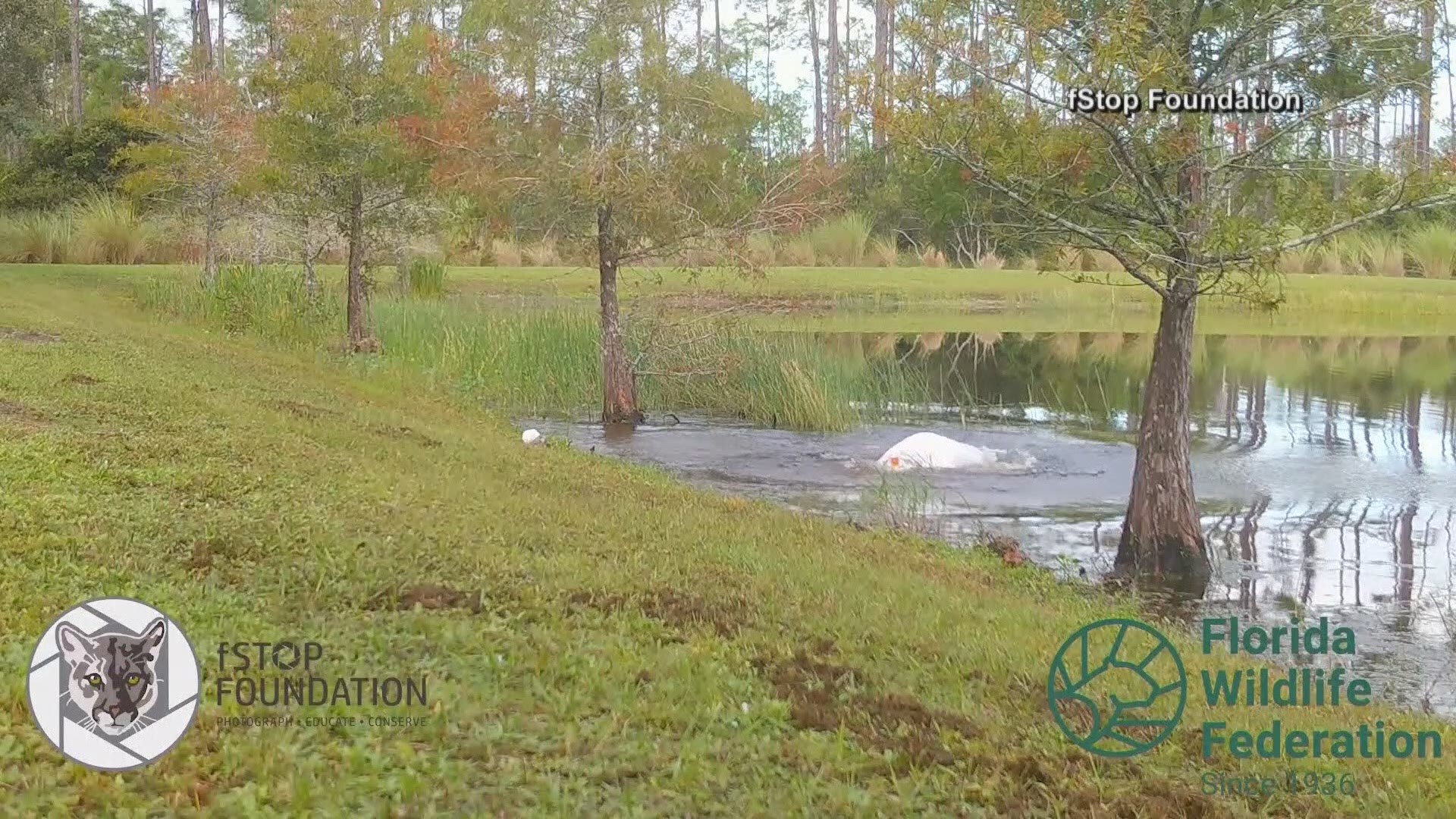 LEE COUNTY, Fla. — It's not too often you can claim to wrestle an alligator and walk away with only a few scratches.

Richard Wilbanks of Lee County, Florida has the video to back up his story. It's a video that has been shared widely around the internet, thanks to the Florida Wildlife Federation and the fStop Foundation. They want people to watch the video and learn a lesson: always keep an eye on your pets.

Wilbanks and his dog, Gunner, were out in the backyard, enjoying a beautiful fall day when he said he heard Gunner suddenly yelp. Wilbanks looked towards a pond on his property and realized his companion was in big trouble.

Wilbanks jumped into action and didn't hesitate to get in the water. He said he saw an alligator slither back into the water and he knew he had to get the reptile if he was going to see his Gunner again.

"Adrenaline kicked in and I just went right into the water after the gator and Gunner," Wilbanks said. It took just a few splashes before he dove down and grabbed the jaws of the gator and worked to pry the powerful reptile's lips apart.

"It happened so fast, instinct just took over," Wilbanks said. He struggled with the gator as Gunner cried out in pain but Wilbanks wasn't about to give up. He moved towards the edge of the pond and with a final burst of strength, snatched open the jaws of the gator and Gunner was able to run free.

Hear from Richard and his wife, Louise, in their interview with our NBC sister station, WBBH: 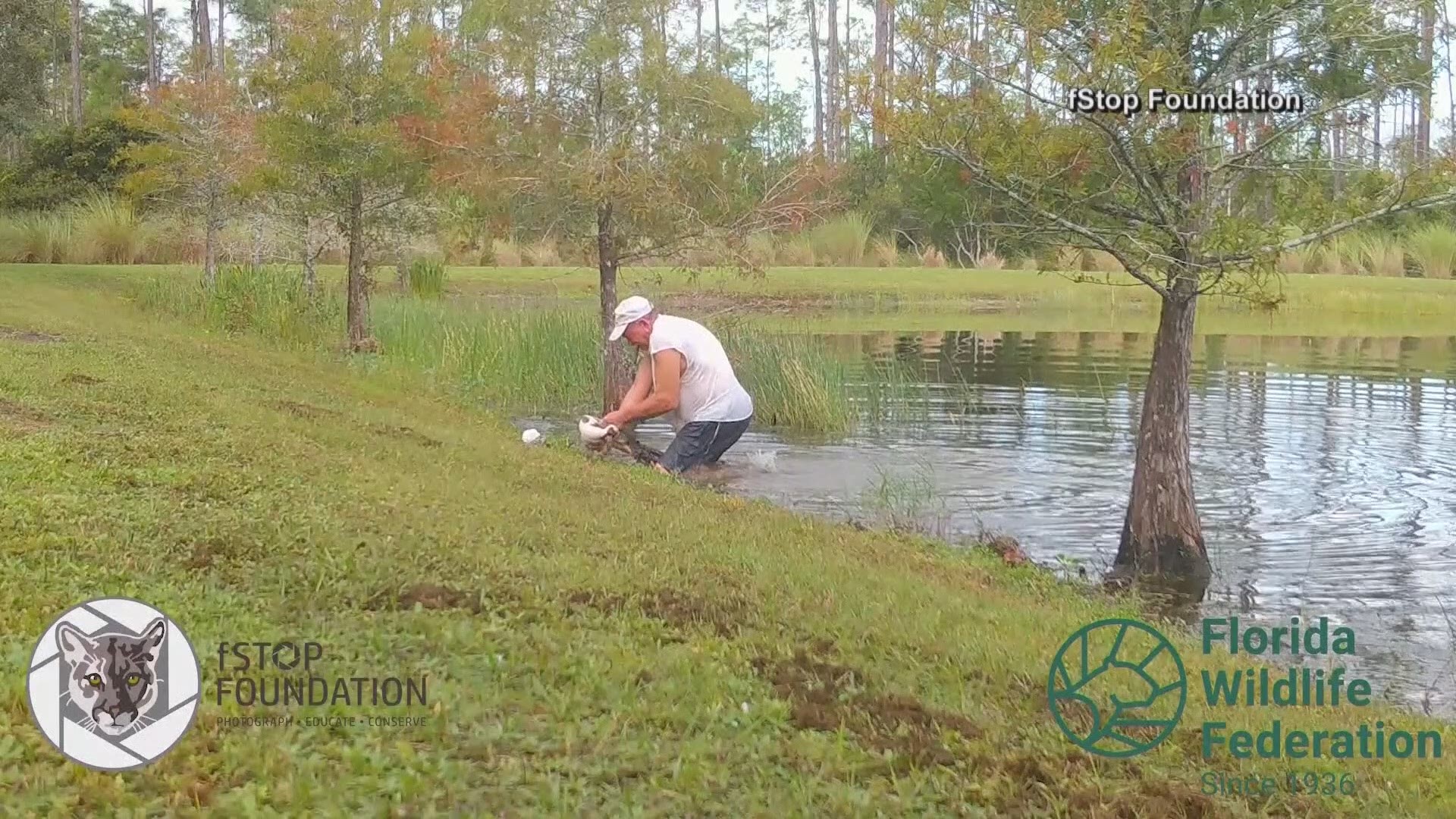 "He had the dog and he is covered in blood, not the dog," said Wilbanks' wife, Louise. "I was just like, 'oh my gosh! Oh my gosh!' Everything is going through my mind and he said an alligator and I was like 'you've got to be kidding me!' I really did not grasp it."

Gunner ended up okay but Richard did suffer some puncture wounds to his hands. He said he's going to be okay. The gator was removed from the property and relocated, something that Florida Wildlife officials are grateful for.

"If we understand how to deal with them, how to interact with them, then the outcome is always positive," said William Freund, who is with fStop Foundation. "Was happy to hear that Gunner was okay and, obviously, Rick as well as the gator."

It's a happy ending that you can really sink your teeth into.