The NCAA says the programs failed to meet the minimum four-year cohort APR score of 930 needed to avoid penalties. 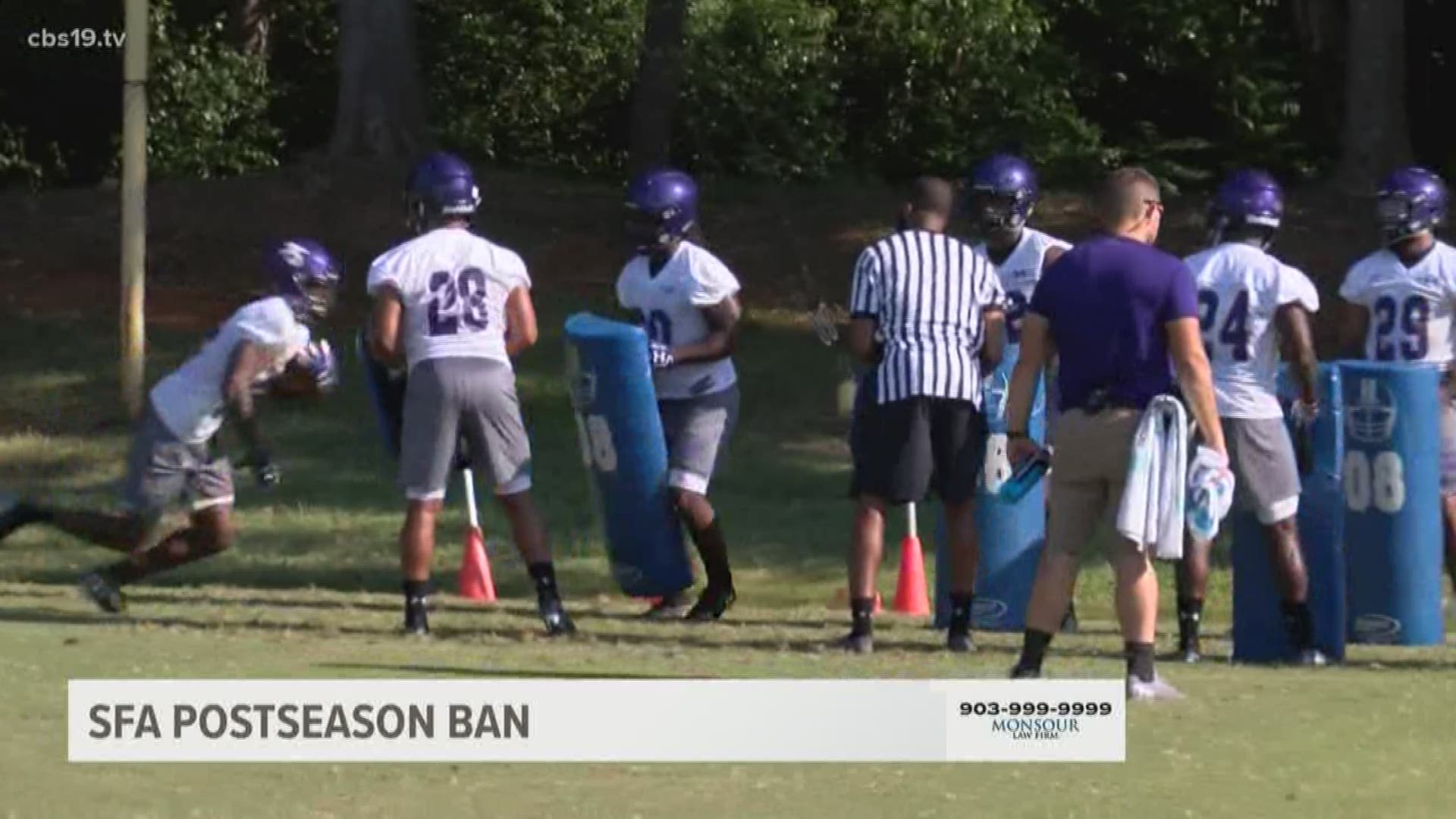 The ban is for men's basketball, football and baseball after the NCAA says the programs failed to meet the minimum four-year cohort APR score of 930 needed to avoid penalties.

RELATED: SFA's Harris wins Southland Conference Player of the Week after winning shot against No. 1 Duke

SFA issued the following press release in regards to the ban:

Today, the NCAA publicly released Academic Progress Report (APR) scores for all Division I athletic programs, including Stephen F. Austin. These four-year cohort APR scores began with the 2015-2016 academic year. As noted in its release, three SFA sports programs (men’s basketball, football and baseball) failed to meet the minimum four-year cohort APR score of 930 needed to avoid penalties. As a result, these programs must serve the Level I APR penalties, which include a reduction in countable practice hours and a one-year postseason ban. The University has been approved to delay the men’s basketball postseason ban until the 2021-22 season, while football and baseball will serve their bans during the 2020-21 academic year.

Beginning in 2013, an athletics department administrative error in the academic certification process resulted in the miscalculation of SFA’s reported APR scores. Once the administrative error was identified and corrected, the APR scores of these three programs fell below the 930 threshold. Procedures are now in place to prevent a reoccurrence  of the error.

The athletics department has been focused on academic progress and is proud of its current student athletes who collectively earned a 3.21 GPA for the spring semester.