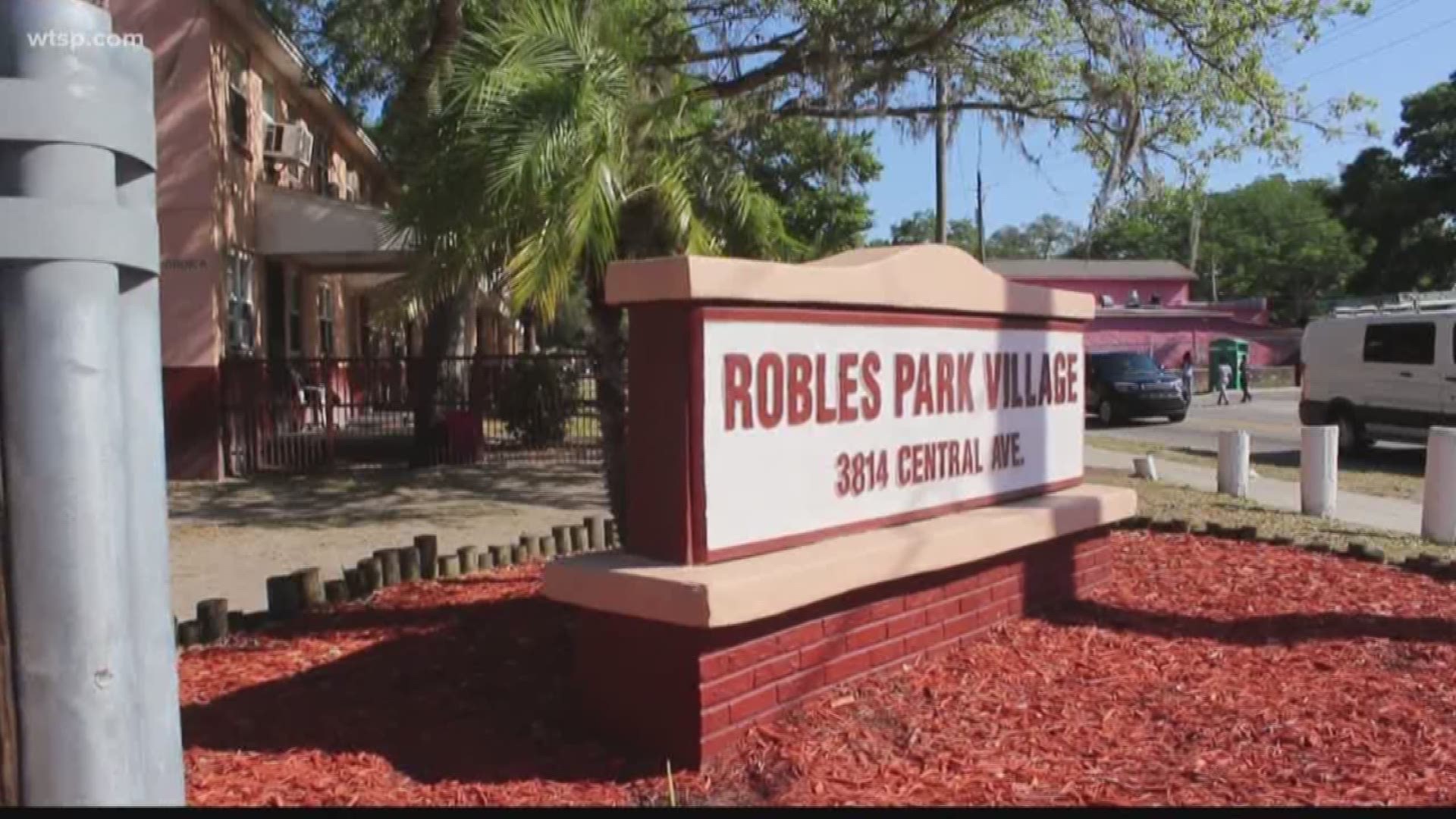 TAMPA, Fla. — They lived on top of a cemetery for years and didn't know it.

"There's two things that's going on with this story: You have the people who's resting...but their souls have been disturbed due to our history not being told. And then you have the people who are living on top of this cemetery that they can't rest either because of something that has hurt them,” said Yvette Lewis, president of the Hillsborough NAACP branch.

Neighbors in Robles Park Village believe they have found a headstone from the city’s first Black cemetery, and the possible discovery is leading the Tampa Housing Authority to expand its investigation.

Archaeologists contracted by THA will be on-site Wednesday afternoon to remove the objects from the area. One archaeologist said it appears that at least one of the objects is similar to a rudimentary grave marker that would have been found at African American cemeteries during the time of Zion.

Pain and paranoia--from living on a cemetery neglected for so long, no one even knew it was there. Now that the secret's out—for neighbors, everything's suspicious.

RELATED: Frustration mounts over new bill calling for Zion bodies to be exhumed

RELATED: These people have coffins under their yards. Now they have to move.

Contracted archaeologists will take the stones for testing, and might expand their ground-penetrating radar search.

"Some of the residents in this building were concerned. They found some concrete slabs that were out here and they wanted to make sure they weren't anything to do with the cemetery,” said Rebecca O’Sullivan, an archaeologist with USF.

The team of archaeologists from USF and Cardno recently discovered more than 120 coffins in the ground at Robles Park. They are formulating a workplace to assess how best to move forward.

Ninety-six people who live there will be relocated.

Archaeologists say while most of the slabs are likely just concrete, one of the slabs did have a pattern often seen in Black cemeteries around Zion's time.

"What we're doing is just to make sure the residents feel comfortable, and we want to take their concerns really seriously,” said O’Sullivan.

"That's our biggest ask. Listen to us. Listen,” said Lewis.

Lewis says that didn't happen in the past, or even with the new bill Senator Janet Cruz filed to protect black cemeteries.

"They should have reached out to get our input to have our concerns and thoughts be addressed on what do we want,” said Lewis.

Lewis fears being ignored leads to being erased.

“You preserved Ybor City,” she said. "You preserve everybody else's history, but you have not done right by the African Americans that have shed tears, blood and sweat to help build this city up."

The stones were found just a little outside what would have been the cemetery's original boundaries, but contracted archaeologists will take the stones for more research.